The coming federal election is shaping up to be a game changer. Two of the contestants are people Canadians feel they already know well. The third is Thomas Mulcair – the man who could make history as our first NDP prime minister.

So this campaign autobiography is unusually timely. What does it tell us about the man?

First, it tells us that in drive, determination and sheer force of intellect, Stephen Harper has met his match.

Second, it tells us that of the two, Harper is the far more radical. Harper's goal is to destroy the old Laurentian consensus that has ruled the country for so long, to harness the new political power of 905-land and the West, and to shrink the role of the federal government by starving the beast.

Mulcair is an old-fashioned social-justice warrior, steeped in the politics of Quebec. He has a quasi-religious belief in the power of government to redress wrongs and improve people's lives. His policy objectives – universal day care, a $15 minimum wage, poverty relief for seniors – read like a progressive laundry list from the 1990s.

Mulcair's up-by-his-bootstraps story is truly inspiring. The second of 10 children in a sprawling Irish-Catholic Quebec family, he grew up in a home where love was abundant and money was short. His father worked for an insurance company until he was laid off and his mom was a teacher. Both parents urged him to learn French. "My parents adored each other," he writes. "My family was rough-and-tumble, with children all over the place and people who made four sandwiches out of one chicken wing, and who said, 'I love you,' all day." His dad, Harry, was tough, demanding, brilliant – a big bear of a man who bellowed to be heard above the din and worshipped Tommy Douglas.

It is no mystery where Mulcair got his temperament, or his ideals. His first mentor was Father Alan Cox, a fiery young priest who taught at his school and preached to the students that they should go out in the world and make a difference. His second was Claude Ryan, the towering public intellectual who, on his deathbed, told him, "Monsieur Mulcair, we have to remember why we're elected. It's to help people."

When Mulcair started law school at 19, he had to borrow money from his sister to buy textbooks. He paid his way through school by working dirty, gruelling construction jobs, tarring and graveling roofs. He did two other things of note at the age of 19. He joined the New Democratic Party – an eccentric choice in that the party had no presence in Quebec. He had already decided he wanted to be a politician one day. And he met a lovely girl named Catherine Pinhas. It was love at first sight. Their backgrounds could scarcely have been more different: She was a secular, upper-middle-class Jewish girl from France. They married three years later, when they were 22.

By his early 30s, Mulcair was clearly an up and comer – a ferociously hard worker with a reformer's zeal and an impressive grasp of legislative law in two languages. He was also a veteran of the "No" campaign in the 1980 Quebec referendum. He first came into the public eye when he was appointed to head the body charged with enforcing legislation that regulated all the medical, legal and technical professions in Quebec. He decided to get tough with doctors who sexually abused their patients – too tough, as many people thought. It took him a while to learn that "not every shot has to be a hardball to the head." In 1994, he was recruited to run for provincial office as a Liberal. He rose to become environment minister, but quit after a run-in with Jean Charest, the premier, who thought he had been too unfriendly to developers.

Mulcair's chronicle of his political career is the duller part of the book. It sheds little light on the amazing twists of fate that have put him within arm's reach of 24 Sussex Dr. – a prospect that would have seemed absurd five years ago. When Jack Layton recruited him to run for the NDP in 2007, the party was still nowhere in Quebec. Everybody thought he was committing career suicide. ("My family had a very different take," he writes.) Then came the collapse of the Bloc and the unexpected Orange Wave. Then came the tragic death of Jack Layton, the charismatic leader who was widely regarded as irreplaceable. Skeptics doubted Mulcair could keep the party glued together, but he did. He also turned out to be the most effective leader of the Opposition in decades, just as the party in power was growing too long in the tooth.

Sadly, Mulcair does not reflect very much on any of this, or on himself in mid-life either. What role has ambition played in his life? Has he ever had any dark nights of the soul? If so, he is not going to share. Nor does he have any broader thoughts on the challenges to democracy in a globalized, technologized, chaotic world. The last part of the book consists mostly of potshots at Stephen Harper, along with the usual bland promises. (He wants to make Canada "a country whose government grows the economy and creates stable, full-time jobs.") Nothing inspiring there (or scary either, which may be the point). One thing is clear, though. He wants to be a uniter, not a divider. If he can persuade voters he is capable of that, he will have a shot.

Margaret Wente is a Globe and Mail columnist. 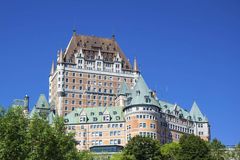 Book Review
While not a definitive account, #IdleNoMore and the Remaking of Canada is a valuable examination
April 17, 2015 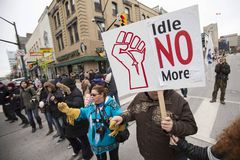 Book Review
David Mulroney’s narrative is for Canadians who don’t understand our relationship with China
March 27, 2015 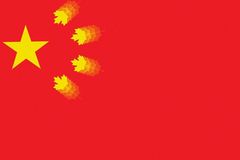