In 1929, the French writer Jean Giono (best known for The Man Who Planted Trees) published a visionary – perhaps previsionary – short novel called Colline. A near-perfect allegory, it depicted the life of villagers living on a hillside in rural France and its theme perfectly expressed Lovelock and Margulis's Gaia principle. The "hill" of the title turns eventually against those who dwell on it and wreaks vengeance for their terrible unkindness.

Giono, despite the felt presence of Pan in his story, eschews the supernatural. Superhuman strengths and powers belong to the hill, and what befalls the men and women of the story comes from the Earth itself, from Nature with a capital N.

Muriel Barbery on the other hand, author of the runaway success The Elegance of the Hedgehog – and a writer I greatly admire – has fully embraced fairy tale and full-blown Tolkienesque fantasy to create her own wake-up call to the world.

The conflict she posits – between simple-minded villagers in rural France and some unnamed dark power capable of wreaking meteorological chaos and destruction on the Earth – asks for our complete commitment to her premise and to the form. Enamoured of fairy tale all my life, I was more than ready to love her book.

Yet, by page 69, after heroic nightly struggles with the opacity of the narrative, I had set The Life of Elves aside, reluctantly conceding defeat. Barbery had a story to tell – but for now she was keeping much of it to herself.

It had something to do with two young girls, both foundlings, both with magical powers; something to do with a schism in the world of elves, a supernatural connection between the girls, and a dire threat to one of them. Oh and plenty of weather. My tolerance for this sort of thing is pretty high. I'll follow any good narrator into the deep dark woods, but she'd better demonstrate that she knows the way.

As long as Barbery describes the concrete, known world of the villagers, her vision is clear, the details precise. And the setting for her first foray into the supernatural is magically compelling – because it's grounded firmly in the real world of a solitary walk into a snowstorm. It's when she tries to cross over to her other world, where an entity can have multiple essences, men – or are they elves? – can engage in static mortal combat without weapons or movement – something to do with cones of light – that Barbery's uncertain language betrays an uncertainty of vision.

Although she layers detail upon detail, or perhaps because she does, the vision remains obscure. Sadly my all-too-frequent margin note was "What?!" Worse, as her characters stray further from the everyday, they are shrouded in unnamed emotions and feelings that are often "inscrutable," "mixed," or simply "powerful." Their experiences and the sights they witness might be "intangible," "invisible," "indistinct," "silent." We are asked to watch a bubble of silence spread and burst in a soundless climax. Even Barberry's staunchest fan could begin to get exasperated.

In a well-told tale, outlandish beings and otherworldly magic slip easily past the reader's defences. In The Lord of the Rings, for instance, nothing was more real than Gollum, nothing more natural than his underground existence. Try as I might, I could never quite believe in Barbery's world of elves. The reason is heartbreakingly simple (heartbreaking because I really wanted this book to succeed): Barbery is trying to impose supernaturalness when it should itself be utterly natural.

I returned for a second run. The narrative only got denser. The elves represent a highly cultured, strangely urbane society whose primary relationship is with rocks, trees, water, mist – and art. They exist in a state of goodwill toward humanity but a traitor among them has mustered forces of darkness and destruction against the world of humans. Now, an indispensable plot element is missing here: motive. It's hard to invest emotionally in a situation that appears arbitrary, dreamed up.

To defeat the forces, an alliance must be forged, a bridge formed between the two worlds. Only the girls can do this. It's something to do with their fathers. Sound confusing? Barbery gives little more than hints in enigmatic conversations regarding the nuts and bolts that could tighten this construction.

The sense that Barbery was holding back persisted. But of course! It's a trilogy! Although not presented as such, and regardless of whether it ever will be, The Life of Elves reads as the first book of a much larger conception. I began to make allowances, to trust that eventually everything would amount to something, although perhaps in another volume.

In our own world, where humanity is threatened by climate catastrophe, war, and biological misadventure, Muriel Barbery, herself a philosopher, is surely asking us through the lens of fantasy, to look deeply at how we live.

Rowan Williams, writing in the New Statesman in 2014, said of fairy tales, "they are just about the only stories we have in common with which to think through deep dilemmas and to keep alive registers of emotion and imagination otherwise being eroded." Those last words would surely resonate for Muriel Barbery. The Life Of Elves depicts what happens when those registers – in particular an imaginative connection to the Earth and to the fruits of the Earth and an emotional connection to our inner voices – our art – are lost to us.

Pauline Holdstock lives for part of the year in rural France. Her latest book is The Hunter and the Wild Girl, published by Goose Lane Editions.

Book Review
Review: A boys club tale in The Fellowship: The Literary Lives of the Inklings
July 10, 2015 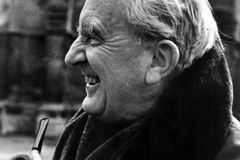 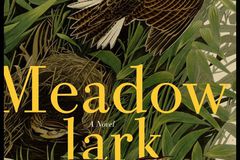 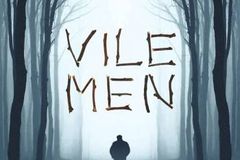