We're told to want everything – if not endless variety, then endless increase. Rihanna tells us to "work"; broke freelancers cry "hustle hard!"; and remember – you've got just as many hours a day as Bey.

From Wall Street to the Kardashians, Fast Company to the 100-hour work week, the message is clear: be more productive. Be more creative. Or die trying.

That's the macro-thrust of capitalism jacked on steroids. See it zapped down to the micro and you get a guy like Jeremy, the hapless bar owner and protagonist of Nathan Whitlock's latest novel, Congratulations on Everything. Besotted with self-help garbage, near single-minded in his quest to maintain his own business and, ultimately, a victim of his own desires, Jeremy is both working-class everyman and self-destructive dope. He's also the flailing centre of a novel about our more general struggles to own and accrue. It's about the stories we tell to keep our rafts afloat – and the painful realities when they invariably sink.

After spending his youth toiling in other people's bars, Jeremy finally saves enough to open his own: the Ice Shack, a fixer-upper that quickly becomes the centre of his life. Jeremy lives, breathes and (literally) bleeds for the Shack, staggering through days of poor sales, moody staff and middle-aged hangovers before falling face-down into bed each night, exhausted. But it's love, however obsessive. It's his chance to run things his way. It lets him be a mensch, hire servers based on sentimentality and dole out sympathy and drinks to orbiting regulars. It lets him manage people with "benevolent power," ogle his beer-taps with "boyishly erotic" fondness yet still work himself into debilitating panic attacks.

There's enough hard-toiling innocence in big-bellied Jeremy to root for him, especially since his own family sees him as a screw-up. But Whitlock makes sure there's enough to cringe at, too. Obsessed with a self-help guru named Theo Hendra, he's a walking cliché-bot. Endless repetitions of dumb mantras – e.g., "winners focus on winning because losing takes care of itself" – reveal the poverty of his imagination and the insidiousness of the industry. He's also full of little idiocies and faux pas, making him an easy target for mockery: He bellows at his own jokes, loves Chumbawamba, can't work a laptop and equates sophistication with eating seafood.

Whitlock's secondary character is Charlene, an Ice Shack server in her early 30s, directionless, confused and married to a furious veterinarian. Despite getting fewer pages, Charlene is more three-dimensional than Jeremy – less an embodiment of overwhelming desires and instead a messy, conflicted person. She eventually reaches such a state of marital unhappiness that she finds herself sleeping with her boss – a drunken act that's as bewildering to her as it is to the reader.

Bad ends await both flawed protagonists, but while there's new hope for Charlene, Jeremy's increasingly disastrous spending means his beloved Shack is all but doomed (this isn't a spoiler – we're told it goes south by page 14). As his circumstances worsen, his blunders transform into more piggish expressions of pride. Feeling entitled to a break, he spends a hefty family investment on a secret cottage – and it's this sense of entitlement to capital and property (when he's just barely getting by) that proves his undoing. It's fitting lesson for a culture that lionizes work and demands achievement, no matter the cost.

These are believable creations. They speak and fail and contradict themselves with the regular inelegance of real people. The day-to-day pleasures and pains of the service industry are also rendered with fine-tuned realism, an ear for the strange within the mundane. Whitlock is a very smooth, competent stylist, in an understated way. There's no flash or bang here: His characters propel the action, calling attention to narrative style only with metaphor and image – which are always arresting, always right.

Given the above, Congratulations on Everything could be quite gripping. However, it's tripped up by pacing problems that some readers may find fatal.

While Whitlock thankfully adds a few scattered hints at what's to come – everything's about to fall apart! – the "present moment" of the action doesn't get cooking until page 100 or so (right before Charlene and Jeremy's illicit screw). That's 100 pages of summary: Generalizations and time jumps across years of backstory. All that cumbersome orientation might keep even the most patient readers wondering when, if ever, the plot – the momentum, the suspense – might begin. An impatient reader would more likely drop the book.

If you can push through the pacing, it's an absorbing read – and a fascinating look at working-class characters who often get the fictional short shrift. No one really wins in Congratulations on Everything, of course. For Jeremy, defeat instills bitterness as much as it does hard-won wisdom. But that's life, at least in today's accelerated work culture – as it is in the fast lane, as it is in the pubs. Sex Object author Jessica Valenti on why modern feminists are fed up
June 8, 2016 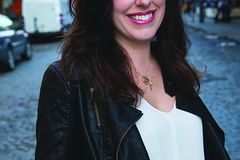 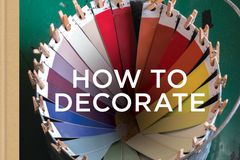