CanLit marked a milestone this spring, but you could be forgiven if you missed it. In May, Vancouver-based Anvil Press published the last of Quebec writer Nelly Arcan's books to be translated into English. (Arcan, who died at the age of 36 in 2009, published four novels in her lifetime; Breakneck was her third.) A trenchant writer on sex, gender, and death, Arcan was a great provocateur of French letters. But celebrity itself is a difficult thing to translate. In English Canada, Nelly Arcan remains obscure and misunderstood. That's a shame, because she's one of the best writers this country has produced.

For evidence that the Two Solitudes are alive, well, and barely speaking to one another, look no further than the divergent receptions of Nelly Arcan. Putain made Arcan a star after it was nominated for the Médicis and the Femina, two of the biggest literary prizes in the French language. As Montreal publisher Linda Leith wrote in this newspaper, "Picture Marilyn Monroe at the age of 28 getting short-listed for the Booker Prize and the Dublin IMPAC prize for her first novel. And then writing a second novel that gets nominated for the Dublin IMPAC prize again."

I couldn't say I enjoy Arcan's books – they're not designed to trade in enjoyment. It would be like claiming to savour a 166-page typewritten letter of vitriolic jealousy, recrimination, and passive-aggressive self-pity from your ex (which is essentially what her second novel, Hysteric, is).

In an essay titled Brief Interviews with Hideous Men: The Difficult Gifts of David Foster Wallace, Zadie Smith once remarked, "There are times when reading Wallace feels unbearable." Reading Arcan can also feel at times unbearable; she too presents difficult gifts: a disquieting world, presented bluntly, stripped of pretty words that normalize.

Breakneck is the story of two women, Julie and Rose, both of whom are desperate to retain the sexual interest of a man named Charles. At novel's outset Charles is with Rose, but after years together he has grown bored and quickly drifts to Julie. Rose forms a plan to win Charles back.

Breakneck is something of an outlier in Arcan's oeuvre. Her only novel to escape the sometimes-claustrophobic first-person narratives for which she is known, Arcan's experiment with the third person is shockingly straightforward, even structurally conventional by comparison.

The twist that takes this rom-com storyline into Arcanland is that Charles has a debilitating fetish for wounds and other signs of intervention: "for women with breast implants and for bodies that had other bodies in them that didn't belong to them, for swelling lips inflated with fill … for the scars left like signs of entering, a call to fever, for implants, injected substances, hardening, wounds, injuries of beauty beaten into the body." How Julie and Rose purpose themselves to suit Charles' desire is the basis of the book.

On its surface, Breakneck is a feminist nightmare. Lips are "a gash," "two pieces of meat that would drive Charles wild, at least for a couple ejaculations." Rose is "Charles' excrescence" and his slave. A vagina is "a black hole," "a corpse," an "open casket."

Gender relations are not much better. Among Rose's bizarre set of theories is her belief that since women outnumber men, women are always in competition for men. It's a scenario and a vision of female sexuality familiar from reality TV: "Rose believed that women see nothing but what men want, they think of nothing outside of what men want."

Julie dismisses Rose's theories as those of a raving lunatic, but draws similar conclusions. "Each woman was," she believes, "by her nature, another woman's bitch."

Arcan is known for many things: her past as a sex worker, her fascination with death and her eventual death by suicide, her deceptively slim books, their brevity disguising the difficulty contained within. In her writing, she is principally known as an autofictional writer. That is, while fictional, her best-known novels are highly autobiographical. When Isabelle Fortier (pen name: Nelly Arcan) moved to Montreal at the age of 21 to study literature, she took up work as an escort to support herself. Her experiences as a sex worker would greatly inform not just her debut novel, Whore, but subsequent works.

Anglos are still a bit nervous around autofiction (witness the lines of questioning that met Sheila Heti's How Should a Person Be? in 2010). There's this sense that it's cheating if you don't at least change the names. It's much more of an established genre in French. One of the points where readers struggle with Arcan is in trying to find the truth in the autofictional mashup. When is Nelly, the protagonist in Hysteric, a fictional character and when is she Nelly Arcan?

This way lies madness. Nevertheless, there are passages in Arcan that, held up to reality, glimmer with truth. One such passage is in Hysteric, a novel about a writer, Nelly, whose first book, Whore, was a great success. She writes to her ex, another writer:

"With me writing meant opening the wound, it meant betraying, it meant writing what was missing, the story of scars, the fate of the world when the world has been destroyed. Writing meant showing the other side of people's projections and it meant being a sadist, to make it work I had to carefully choose who I surrounded myself with and love them with incredible passion, I had to push them to reveal the worst in themselves and try to remind them who they are. You wrote differently, you had charm. You were on the side of superheroes, the good guys, Casanovas and girls wet between the thighs, writing meant writing toward the light. Unlike mine, your writing was meant to dissipate any uneasiness the reader might feel, he was supposed to feel at home with the Casanovas and the hot girls, writing meant compensating, raging against your own mediocrity, and making up for it with heroism."

The story of scars, the other side of projections, a sadistic refusal to dissipate unease and compensate with heroism – this, to me, holds as a statement of purpose for Arcan's work. Great artists are often characterized as those incapable of looking away. In Breakneck, the ugly thing from which Arcan refuses to flinch is a society that hates and fears female bodies. Other of her works also delved into the construction of the female other, but in Breakneck those ideas crystalized into a startling image: the burqa of skin.

Julie, a documentarian, encounters Charles and Rose, fashion photographer and stylist, while planning a documentary about the fashion industry. She calls it The Burqa of Skin: "The aesthetic fixation, Julie submitted, covered the body with a veil of constraints spun with extraordinary expenditures of time and money, hopes and disillusions vanquished by new products and techniques, operations and touch-ups that cloaked the body in superimposed layers, until the body was eclipsed. It was a veil both transparent and dishonest that denied the physical truth it claimed it was revealing, in the place of real skin it inserted skin without faults, hermetic, inalterable, a cage."

The burqa of skin arises from the unbearableness of female bodies. "In all societies, from the most traditional to the most liberal, women's bodies couldn't be shown, or not really, not the real body. The real body of women remained unbearable, fundamentally disturbing."

Among the ways Breakneck is like the rest of Arcan's work is its concern for characters' origin stories. (Always this interest in psychological development: Whore began as notes Arcan wrote to read to her psychoanalyst.) Charles' desires originate in a horrific childhood experience involving his butcher father's meat locker. Rose's theories too are the result of childhood trauma. Julie and Rose are not the same, but a chapter title ties them together – they were "Shaped in the Same Kiln."

What is this kiln? Of particular interest to Arcan is the moment a female child enters the male gaze – it's a moment she returns to throughout her writing. This, not physical maturity, is the mark of becoming a woman, and for Arcan it is a tragic moment because womanhood is defined by the imperative to be beautiful – a beauty "soaked in men's sexuality" – which is a kind of cage. Simone de Beauvoir wrote, "one is not born a woman, but becomes one." For Arcan's characters, becoming a woman is an unhappy process associated with restriction and oblivion.

Arcan wrote about what she knew from experience. In her fiction she got to rail against it. Other people found her books provocative, but as she once responded in an interview, is it her books that provoke or do we live in a provocative world?

Jade Colbert is a regular contributor to Globe Books. 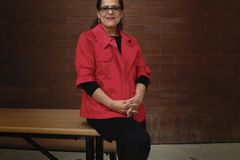 Book Review
Review: Neil Smith’s Boo is a novel of tremendous imagination
May 15, 2018 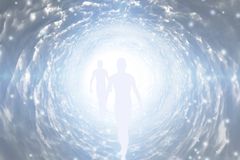