You Only Live Twice: Sex, Death and Transition

By Chase Joynt and Mike Hoolboom

On the day of French director Chris Marker's death, two movie artists meet at the Orly Airport. It's a place of professional interest, since Marker, a favourite New Wave cineaste, set a pivotal scene in his 1962 film, La Jetée, here. The film involves time travel such that in this particular scene the protagonist witnesses his own death, and so for trans writer and media artist Chase Joynt and HIV-positive movie artist Mike Hoolboom, this location is also a place of personal resonance: Both men share a sense of having lived twice. In the series of vignettes that follow, Joynt and Hoolboom enter into a free-flowing correspondence on multifarious topics – love, sex, art, death, the public and the private – that brings to mind Maggie Nelson's work of autotheory from last year. The reflexive format allows for what John Berger would call a "real likeness": a portrait from both sides of the camera. An intellectually expansive, emotional gut-punch of a memoir.

The Best of Writers & Company: Interviews with 15 of the World's Greatest Authors

If I need to convince you about a book of interviews selected by Eleanor Wachtel as her best from the first 25 years of Writers & Company, I really don't know what to say to you. Do you even like books? What, six Nobel laureates aren't good enough for you? Wachtel brings such dedication, integrity, curiosity and elasticity of mind to her work – it doesn't really matter whether these 15 authors are your personal favourites, because you don't know what you want to know from them until they answer Wachtel's question. What I especially enjoy from a book like this are the unexpected echoes between interviews. (Zadie Smith and Doris Lessing wonder why time seemingly speeds up as you get older; Aleksandar Hemon and W.G. Sebald worry over their professors' politics.) That, and how J.M. Coetzee will accidentally describe the central tension in his fiction; or Alice Munro will talk about class-consciousness. You don't know until Wachtel asks.

I was a few pages into Fugee, a piece bursting with personality, when I thought, "Why have I not heard this story about Ebola before?" Well, duh, I hadn't read anything from a former immunologist who moved back to Liberia just in time for an epidemic. Fugee told me something I didn't know, what so many news articles didn't tell me, about the Monrovian middle class. It's that perspective and degree of specificity, as well as the quality of the writing, that make this a wonderful and refreshing collection. Drawing together 14 works of creative non-fiction from Ghana, Kenya, Liberia, Nigeria, Senegal, Tanzania, Uganda and South Africa, Safe House may not represent the African continent as a whole (though I'm not convinced it's meant to), but it offers other rewards. One particular strength, for example, is its nuanced depictions of LGBTI communities. To the concern that not enough African voices are represented here, an obvious rejoinder: "More, please." 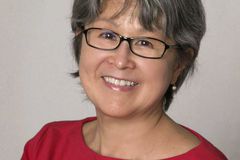 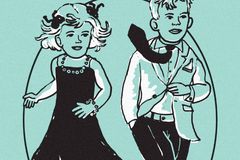