Owl children's magazine used to run a regular feature called "What is it?" which challenged young readers to guess everyday objects from close-up photos. Magnified to dozens of times their actual size, the images were befuddling and peculiar, and once the answers were revealed they also offered surprising, seemingly elemental truths. What kid could have guessed, for example, that the bristles of a common hairbrush were so severe, so arboreal, so weirdly menacing?

"Photographs shock insofar as they show something novel," wrote Susan Sontag, but the novelty of the macro lens is doubled because it doesn't just report or even amplify; it subverts. Evoking the uncanny can be fun – staring at a loved one's face upside down achieves a similar, loopy effect – but it's also a useful tool for challenging accepted ideals. Photography at a microscopic scale doesn't just suggest what an object actually looks like, it disrupts the assumptions of a "normalized" perspective.

The literary equivalent of those close-up photos is the genre known variously as flash, postcard or sudden fiction, short-shorts, "palm-of-the-hand stories" (Japan), microrrelatos (Latin America) and even, with some distinctions, prose poetry. At its condensed length of under 1,000 words, in the hands of its most compelling practitioners, flash fiction achieves a similar destabilizing effect as those magnified images, whether it's Lydia Davis acutely deconstructing the grammar of marriage or Etgar Keret scrutinizing Israeli-Palestinian relations through the lens of personal longing and loss.

And the best of the bunch, in my estimation, is Diane Williams. As she has in seven previous books, Williams's latest collection of very short stories, Fine, Fine, Fine, Fine, Fine, skews everyday scenarios – home decor, dinner parties, beauty rituals – through incongruities of focus, form and content. "The family was blessed with more self-confidence than most of us have," begins Head of the Big Man, familiarly enough, but then things swerve into less recognizable territory: "It is not our purpose to say anything imprecise about their scheme, how they had gotten on with tufted and fringed furniture, with their little tables, a parquet floor, a bean pot." The tension between rote phrasing and narrational disavowal reappears in the story's coda: "Young farmers and rural characters, obstetrical nurses, scholars, clergy – all the rest! – will have their great hopes realized more often than not – unless I decide to tell their stories."

Ironic or not, that final line offers as close to a statement of intent that Williams has ever ventured in any of her books, and the ways in which these stories, rarely longer than two pages, upend the alleged normalcy of the bourgeoisie is particularly sharp. While not exactly a work of parody, a sly sense of humour ripples throughout the book, and, like any good joke, many of these pieces conclude with unexpected twists of language and imagery.

While Diane Williams's flash fiction approaches the structure of jokes, Stephen Thomas's new book of short-shorts turns the label eponymous. The Jokes comprises more than 80 page-long episodes that vary from fishing trips to nameless characters surfing the Internet. Some even imitate comic set-ups: "A deontological ethicist and a utilitarian are standing on the sidewalk of a bridge," opens The ethicists, though the piece culminates in less of a punchline than a sort of existential deflation; Knock knock cleverly deconstructs its call-and-response format while doubling back to a surprisingly moving final line; Ethnic joke is almost postracial in how it blithely introduces and dispatches its multicultural cast.

A joke, in order to succeed, has to be "gotten." One of the benefits of literature, of course, is that a reader's enjoyment does not preclude mystery – and might even, in some instances, require it. So instead of courting the reader's total comprehension, The Jokes invokes those seemingly banal experiences that unexpectedly suggest realms beyond our understanding; as such, few of these pieces accumulate to anything conclusive, and if there's humour here, it's mostly the ironic humour of sublimity. All the white space left blank on every page feels like a nod to the unsayable and the unsaid, and it achieves the same discomfiting effect as Diane Williams's syntactical acrobatics.

Interest in flash fiction has enjoyed a recent spike due to its online-friendly length, though the form predates the modern novel by almost 2,000 years . The first short-shorts were legends and parables spread via the oral tradition and documented in classic compendia like Aesop's Fables . And although they were designed with essentially pedantic intentions, their goals were a little more capacious than mere moral or religious edification: as Apollonius of Tyana explained of Aesop, "He made use of humble incidents to teach great truths." In Diane Williams' words, it's writing that might offer "brave probes into the mysteries." Or as the final piece in The Jokes, aptly titled Fragile Courage, suggests:

There are many other worlds.

Many many other worlds.

Book Review
Review: Cordelia Strube’s On the Shores of Darkness, There Is Light is a messy, polyphonic novel
May 6, 2016 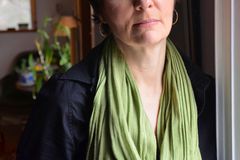 Review
Review: Kerry Lee Powell’s Willem de Kooning’s Paintbrush and Laura Trunkey’s Double Dutch deliver the unexpected
April 22, 2016
Review
Review: Craig Davidson’s Precious Cargo is an almost singular accomplishment
April 15, 2016
Follow us on Twitter @globebooks Opens in a new window
Report an error Editorial code of conduct
Due to technical reasons, we have temporarily removed commenting from our articles. We hope to have this fixed soon. Thank you for your patience. If you are looking to give feedback on our new site, please send it along to feedback@globeandmail.com. If you want to write a letter to the editor, please forward to letters@globeandmail.com.
Comments