The Boys of Sheriff Street

Embroiled in a turf war on the Lower East Side in the 1930s, twin gangster brothers fall for the same woman. Insatiably power-hungry, and subject to fits when he can't get his way, gang leader Max plots to win over the indifferent Ida, learning to resent his beloved brother Morris, her fiancé. Though Jerome Charyn's narrative captions – half-poetic, half-sardonic – nudge the action into a slightly symbolic realm, this remains a run-of-the-mill story, self-consciously derived from old gangster films (the boys share the good looks of Scarface's Paul Muni or George Raft). What distinguishes the book is Jacques de Loustal's weirdly stilted, sumptuously beautiful painting. Familiar here for his New Yorker covers, de Loustal has not had any comics published in English since 1991 – an oversight finally, marvellously corrected. The artist's indelible images situate awkward, non-communicative figures among surroundings fraught with emotion, lambent and humming with colour. His cityscapes – rueful, lonely views of Miami Beach, Penn Station, the Williamsburg Bridge or a brawl at the docks in the salmon-hued sunset – convey all the heavy-heartedness that no one on Sheriff Street can express to one another.

Thick and lavish as a family Bible, this collection of Dame Darcy's oft-overlooked comic book Meat Cake – a spidery, extravagant pastiche of "silent star, Gothic, pre-Raphaelite, Victorian style," originally published from 1993 to 2008 – feels both timeless and remarkably contemporary. These strips are teeming with incorrigible, kohl-eyed women who either suffer exquisitely or visit their revenge on buttoned-down society, drinking, rutting and murdering with glee. Single-page comics tell groan-worthy gags or adapt gruesome nursery rhymes, while longer, freewheeling stories star the Dame herself or her cast of signature characters, including a brash and shameless mermaid, a chauvinist wolf and conjoined twins blessed with the names Hindrance and Perfidia. Finally, there's my own favourite, the five- or six-page miniature melodramas that read as though a dozen silent films were crammed into one overripe package, stuffed with baleful incident to the point of bursting (witness the tale of the pyromaniac fireman and the heiress wasting away from a parasite, or the bank-robbing orphan/circus performer). Throughout, Dame Darcy remains truly decadent: Every line is luxuriously wasted, every page decorated copiously with bric-a-brac and frippery simply because it looks so divine.

Powerpaola's detailed, deadpan memoir depicts her upbringing in 1990s Ecuador and Colombia, where she comes of age and finds her calling as an artist amid a feverish combination of religion (her father's a former priest), fortune-telling (her mother's clairvoyant), drugs (the cartels are warring) and wiser older sisters. The book opens with a suite of doctors misdiagnosing Paola's gestation, claiming her mother's pregnancy is actually a "tropical virus." A similar confusion marks the rest of Paola's youth, as her home life fluctuates – her father leaves, her sisters rebel, the household becomes more eccentric and cash-strapped – and the young artist endeavours to free herself from the manic influence of others. Her learning curve is erratic, like her slightly skewed drawings: For instance, one sister leaves coke spoons for the youngster's Barbies to use; the other, later on, fills her in on slang and condoms, so kids in her class will stop teasing her. The artist reconstructs these memories with meticulous attention but flattened perspective, so that her experiences seem both true and surreal, unmistakably personal in their distorted contours, but universal in their insights about sisterhood and adolescence. 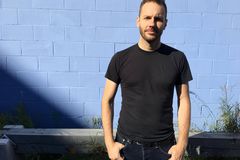 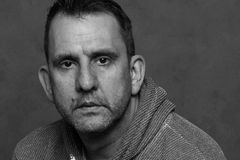 Shelf life: Why Poems for the Millennium was a revelation to Ryan MacDonald
August 12, 2016 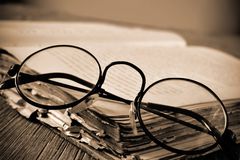