How to Survive in the North

In his quietly ambitious and intricately colour-coded debut, Irish cartoonist Luke Healy intertwines three stories of isolation and hardship, where self-preservation occurs only through unlikely friendship and inner resolve. In 1913, Captain Robert Bartlett embarks on an ill-fated but heroic voyage as part of the Canadian Arctic Expedition; in 1921, Inuit seamstress Ada Blackjack is likewise marooned in the follow-up excursion; and, in 2013, a Dartmouth professor researches their fates. There's a reticence and distance to Healy's Hergé-like cartooning – typically carried out in four tiers of small, square-ish panels, with figures often framed full-length – which can suit the deliberate pace of the North, but which can also come off stagey and claustrophobic, while the fictional, present-day chapters where the professor conducts a disastrous affair with a student tend to feel grafted on. Still, the icy clarity with which Healy retells the historical portions of his story, the resourceful and determined personalities he creates for Bartlett and Blackjack, and the stakes with which he imbues their struggles for survival, all combine to create real relief and catharsis by story's end, solemnly shaded by tragedy.

Glenn Gould: A Life Off Tempo

Indebted especially to the prismatic approach of 32 Short Films about Glenn Gould, Sandrine Revel's unconventional "life" of the great pianist flashes by as his stream-of-consciousness reverie in the wake of his fatal stroke. Flitting associatively between vignettes, Revel paints telling scenes from Glenn Gould's memory in subdued and delicate watercolour. There are glimpses of his many eccentricities, as well as such highlights as his Soviet tour, his decision to cease performing live, his first, exacting studio recordings and several scenes of his childhood in Toronto's Beaches (although the pin-eyed, rosy-cheeked style here seems oddly out of place). For the substance of such biographical bullet-points, readers would be better advised to consult another resource, but Revel's real strengths are more purely visual and rhythmic – musical, even. A grid of panels depicts Gould's middle-aged head dipping and swaying, his fingers perching and extending again and again; a boyish Gould in a tuxedo, his face covered in a dog mask, "plays" cloudbanks in the sky as though they're pianos. When Revel's imagery opts to interpret Gould's art in this way, wordless and silent, her book hums along in pace with its virtuoso subject.

The Palace of Champions

One of the signature characters throughout the long career of Henriette Valium (né Patrick Henley) is a stick-thin figure seated in an armchair, his face shoved so deeply into a comic book that the imprints of his nose and eyeballs pop out the other side. It's an emblem for what it's like to read Valium's astonishing and assaultive comics, written in his inimitable franglais – you don't read them, that is, so much as you plunge headfirst into their maniacal details, trying to decode what the artist has drawn. Valium's first widely available collection in English is a bit belated – he has been a force in the Montreal scene since the early eighties – but it arrives with the impact of a revelation, each bustling, Boschian composition a vision of apocalypse that looks positively medieval, despite its clear basis in 21st-century life. As the artist draws himself scrounging to make rent, warring with his idiot neighbour's berserker mutts, or agonizing about the unrewarding fate of creating comics (the "moroniks of art," he says), Valium diagnoses an entire society: offensive and sick, but possessed of a kind of blasphemous beauty. 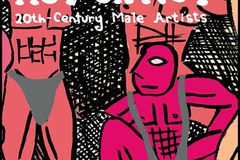