The titular character in Marc Bell's new book – and first all-original graphic novel – could well be the "Working Man" from Rush's radio hit: a blue-collar clock puncher who's got no time for living, though his drudgery gets delineated in cloudbursts of prog-rocky solos and virtuosic noodling. Over one eventful work day, Stroppy gets laid off, beaten by the authorities and gentrified out of a home, so that winning the cash prize from a songwriting contest becomes his only hope for putting things right. This straight-ahead plot comes festooned with the wildest of art-world experiments and funny-book antics, as Bell's restless pen runs amok, always eager to spackle more grit into corners of panels (the climax's mini-golf course is a wonder), or free-associate startling new uses for words (at one point, Stroppy retches: "Guellphh!"). Bell's wacky allegory about precarious living conditions and co-opting culture is less graphic novel than full-on concept album: a posthippie fantasia, filled with high-minded ideals about labour and art, but orchestrated with gleeful, low brow verve.

Equal parts sublime and bawdy, Andy Burkholder's debut collects hundreds of frenzied single-page comic strips that try to evoke our infinite varieties of sexual experience. The artist's approach is cubist and poetic, exploding sex into suggestive fragments – protruding tongues, the crook of a limb, crevices, eyeballs, nubbins and lumps – that he either doodles with abstract crudity, or else over-renders with intensive detail, as though shuttling between ineffable thoughts and fleshy reality. These strips are endlessly exuberant and inventive in the ways they represent bodies and ecstasy. In "I Want to Fold You," a woman creases and crumples a male body like it's a shirt; in "Scurvy," a group of randy seamen fertilize the soil of a citrus plant; in "Graft Black Cypress to Her Myrtle Bow," the artist interprets Baudelaire's sonnet to Debauchery and Death. Proudly decadent, Qviet often pays homage to other prurient precursors, from the lowest of limericks and bathroom-stall graffiti, to the Venus of Willendorf and the Demoiselles d'Avignon – but Burkholder's odes to snug trousers and loose blouses are uniquely audacious.

Borb uses the upbeat idiom of the daily comic strip to track the horrific downward spiral of a homeless man on the streets of New York – think Chaplin's Little Tramp adrift in Dante's Inferno. The distance between Jason Little's amiable, old-fashioned style and his grisly subject matter produces an irony that's both moving and vicious, as his hero's basic humanity is always apparent, but always ignored. Readers laugh at the hapless misadventures of this seemingly simple soul – breaking his leg in a pratfall, noisily failing to digest spoiled meat – at the same time we castigate ourselves for so callously responding to the indignities that plague him. While each strip functions like a self-contained gag, they also all gradually snowball into a story of great pathos as winter bears down, and Borb (presumably a mangled, toothless pronunciation of "Bob") becomes steadily more forsaken, but much less anonymous. Little's unassuming, daily chronicle of life on the street restores a fundamental measure of individuality and decency to this overlooked everyman. 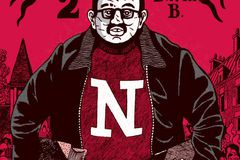 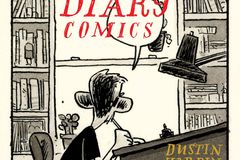 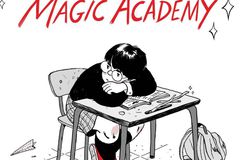