In 2011, Rosalie Lightning – the not-quite-two-year-old daughter of cartoonists Tom Hart and Leela Corman – died unexpectedly. Hart's anguished book serves as a deeply thoughtful elegy for his child, meditating on the time leading up to and away from Rosalie's passing, in a fugue of free associations. Memories flood these pages uncontrollably; dreams well up in them; beloved artworks – Miyazaki's films, a Laurie Anderson song – take on profound new meaning after Rosalie's death, as do the most minor events of her life. At one point, Hart asserts that drawing is a way for him to externalize anger, and each page of the book is choked with that rawness: black ink courses in rivers throughout, dabbed with ephemeral films of grey tone, while figures sometimes merit little more than a sketch, scratched out in coarse, indifferent scribbles. Art is what helps Hart give form to his grief; watching his pen and his brush gradually feel out the contours of his loss is inspiring.

In White Boy, the short-lived Sunday newspaper strip that he began in 1933, New Yorker artist Garrett Price treats the comics page like it's a canvas. The wide-open, Old West setting of the strip – which follows the gentle escapades of a nameless white boy and the friends he makes in the Plains tribe that adopts him – affords Price the chance to summon up vast, pastel landscapes out of a Frederic Remington oil, or the dynamic and long-limbed bodies of George Bellows's boxers. Price's unique, pastoral approach to the western genre does not privilege westward-ho conflict, but rather images of nature and stories of friendship between settlers and indigenous peoples. (That said, while Price selects only kindly stereotypes to characterize his made-up "Rainbow" natives, they remain stereotypes nevertheless.) When the feature abruptly changes into a modern-day cowboy adventure, Price's drawing continues to thrill, though all heart goes out of his writing. Still, it's the jaw-dropping, big-hearted first half of this book that has had aficionados clamouring for a White Boy collection for decades – printed perfectly, here, at a stunning size.

By Chip Zdarsky and Kagan McLeod

Toronto-based writer and artist team Chip Zdarsky and Kagan McLeod tweak the conventions of 1980s kiddie-fantasy fare in their saucy and gaudy new series. The crew of a spaceship mistakenly shuttles through a portal connecting our solar system to the planet Kaptara. The sarcastic and hapless scientist Keith Kanga survives a crash landing, but finds himself alone in a kingdom of literal-minded sorcerers and warriors (though these last, Keith discovers, can be fetchingly gallant and muscled). Kaptara doubles for the Eternia of Masters of the Universe and it's populated by analogues for Skeletor, Evil-Lyn and He-Man himself (here, a dim-witted prince enamoured of blow-darts), while there are also extended goofs on the all-male society of Smurfs, whom the authors mutate into bigoted Internet trolls. The mile-a-minute comedy works best when it's rooted in character (the macho prince is a brainless joy) rather than sidelong swipes at contemporary culture (the wizard who takes on the trolls is basically "nude and mad online"). But the real pleasure of the series is its confectionery look, all purple and orange and fuscia and blue, like so many crushed-up Flintstones vitamins. 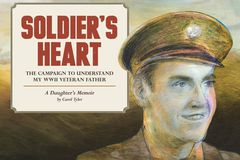 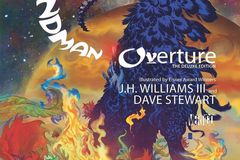