The Man Who Watched Women

If you, like me, swore off Swedish fiction after 50 pages of the fake Stieg Larsson book, it's time to return. Michael Hjorth and Hans Rosenfeldt are the screenwriters behind The Bridge and the wonderful Wallander TV series. The Man Who Watched Women is part of a series (mostly untranslated) featuring psychiatrist Sebastian Bergman and if this book is any indication, this series is a hit. The setting is Stockholm, roasting in a summer heatwave. The homicide team is faced with three connected murders, all young women, all dressed in identical nightgowns. There are no clues and plenty of tensions within the murder squad, itself, headed by Vanya Lithner who happens to be Bergman's daughter, the result of one of his many affairs. The crimes point to a serial killer named Hinde but he's been in prison for the past 14 years. Is it a copycat? Or is it something far more sinister. Bergman is the expert advice on the case but there are horrors in his past that impede his work and Vanya has no intention of letting him off the hook for past misdeeds. It's too long and with so many characters you may have to draw up a list, but the action never stops and the end is powerful.

Know about the Jimmy Perez series but haven't yet found Vera Stanhope? The Moth Catcher is the seventh in the series (which is now on TV) and it's definitely the best of a superb series. Dectective Inspector Vera Stanhope is a great character, full of the detail that makes a series move, and if you loved Cleeves's wonderful descriptive takes of the Shetland Islands, then wait until she takes you to Northumberland and Newcastle. The plot here is complex and bloody. The murder scene is a country house in the picture-perfect village of Valley Farm. There are two dead. One is the house-sitter, Patrick, found at the side of the road. When Stanhope and her team arrive to investigate the house, they find another young man dead in the attic. Who did what? And the idyllic rural village has plenty of secrets to keep from Vera's prying investigation. One of Cleeves's finest.

We all love Jack Reacher. Fans have only to see his name on the page to grab the book and we all know what we'll get. The stalwart hero who lives off the grid will arrive in another town, see another woman get kicked or a friend get hit, and he'll decide to clean the place up. And he'll do it in such a way that everyone will stay clean … forever. Lee Child does it again in Make Me. This time out, the town is called Mother's Rest and it's miles from nowhere and no one will tell Reacher why the town has that odd name. There's plenty of strange in Mother's Rest. The townspeople are silent and sullen. There's an atmosphere of dread and a worried mother named Michelle Chang who thinks Reacher may be the private detective whose investigation went off the rails and turned up information someone wants to stay hidden. Just Reacher's meat, you might say. He teams up with Chang to search and off they go to Los Angeles, Chicago and parts unknown. Great action and plenty of Reacher drama. Fans will love it. Those who haven't discovered him might want to start a bit earlier in the series but this one will do. 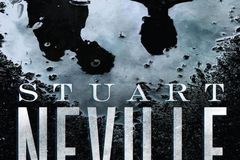 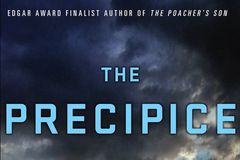 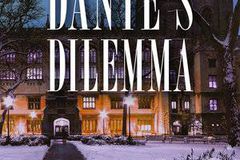