Patrick Fort is an anatomy student at a Cardiff hospital whose Asperger's prevents him from interacting with his fellow students but gives him uncanny connections with the cadaver he is studying. On the hospital coma ward, Sam Galen is convinced that he has witnessed a murder, but he has no way of letting anyone know. There is a third plot line with a tiresome nurse in search of a rich husband that plays into the clues but could have been canned. How Sam gets through to Patrick is the real story here and Bauer takes us right into the fragmented minds of these two, which makes occasionally for choppy sentences and left-out metaphors, but give this book time. It works and it stays with you after it ends.

Lynne Raimondo was a lawyer with a major Chicago law firm before she left to write mystery novels. It shows in her slick and often savage portrayal of law in this excellent series featuring Dr. Mark Angelotti, a blind psychiatrist also working for a major Chicago law firm. This is the third book in the series – I read it and then promptly went and got the other two. Angelotti's job is to evaluate and counsel clients and lawyers. In this case, a woman has confessed to murdering her husband, a professor, mutilating his body and then placing him as a clue in the university scavenger hunt. Her defence is battered women's syndrome, but Angelotti isn't convinced that BWS is a psychiatric or legal position. He also faces myriad external pressures; a new office he doesn't want, a new boss he doesn't like, a custody dispute with his ex-wife and a prosecutor he detests. Then the case takes a decidedly different turn. Raimondo has created a believable investigator in Angelotti, and she is unsparing in her depiction of the problems facing a visually impaired sleuth. There are the usual clever modern aids, which will evoke Jeffery Deaver's Lincoln Rhyme books, but, as with Rhyme, it's brains and deduction that win in the end.

What to say about Under Tiberius? This book is blasphemous, heretical and scatological, and will be deeply offensive to some. Those of you who take your religion seriously, beware. All others read on for a novel that is extremely clever, historically sound and, in its strange way, fun. We begin with writer Nick Tosches, researching in the Vatican, uncovering an ancient manuscript by Gaius Fulvius Falconius, former speechwriter for the Emperor Tiberius. It seems Falconius was banished to the ends of Empire, meaning Judea, where he meets up with a drunken con artist in a brothel. Together, the pair conjure up a plan to rook the locals out of money. Jesus will become the Messiah and cash from the new cult will put them on easy street. Creating a religion is easy. The miracles? Smoke, mirrors and parlour tricks. Keeping Jesus sober and covering his licentious tracks? Not so easy. This bawdy tale of grifting, gambling and serious sin isn't for everyone, but it's a reminder that the belief that Christianity was a fraud goes right back to the beginning of the religion. Tosches has done his homework and he writes well. Even for a believer, the adventures of Christ and Falconius were fun. 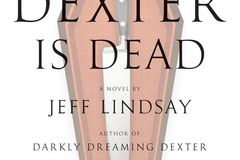 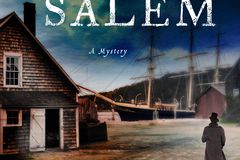 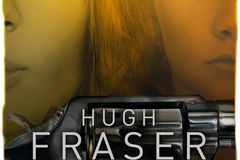