Do not be put off by the size of this novel. It's long, detailed, full of what appear to be bits of useless information and mountains of description. It is, in short, a book to be read slowly, over time. Edgar Allan Poe would have understood this book and hailed it a masterpiece. I won`t go that far, but it's a terrific story with a great setting and a very modern social message. Dr. Trajan Jones is a psychologist and psychiatrist, a disciple of criminal forensic pioneer Dr. Laszlo Kreizler (from a previous Caleb Carr book, The Alienist). Jones believes that modern criminology has gone mad for forensics at the cost of solving crime. For his "heresy," he is banished from his post at the New York Police Department and exiled to his aunt's farm in upstate Surrender, N.Y. There, he and his co-worker, forensics expert Mike Li, teach online courses and continue their research. When a teenager is found dead in Surrender, the county sheriff asks Jones and Li for help – something is not right with the scene. In order to understand Jones's method, we have to "see" what he does, which involves a complex and detailed description of everything, from the grass in front to the mould on the walls. From all this detail, Carr moves to careful deduction from science and psychology. Pure ratiocination, in the elegantly written style of an old Victorian. Save this one for a time when you want a long, leisurely book to savour.

Darktown is a difficult book to read. From the first page, it assaults the reader with the verbal abuse of rabid racism. The "N" word is tossed freely. A white police officer brutally beats a black man for no reason while his partner looks on. A woman is murdered and tossed onto a garbage heap. The setting is Atlanta in 1948, nearly a decade after the film Gone With The Wind cemented the mythology of the Old South. In the real Atlanta, though, there's money and votes in the "coloured" community, and the city agrees to hire eight black police officers who are supposed to patrol their community but do no true investigating. The murder of the black woman brings Officer Lucius Boggs and his partner, Tommy Smith, into the case. Her death and the murder of a local man, an escaped convict, are not worthy of investigation by the white police force, so Boggs and Smith do their own work, always in the face of bigotry and racism from their putative colleagues. All this makes for a great plot and a terrific background (Atlanta really did hire eight black police officers in 1948), but Thomas Mullen hammers his message too hard. Southern segregation was veiled in a host of customs, rules and behaviours, all tied up in class and caste, and Mullen, an Atlanta resident who was born in 1974 in Rhode Island and went to college in Ohio, missed the worst of it. So his Boggs and Smith lack the nuanced fear of Walter Mosley's Ezekiel Rawlins. You don't have to call a man names to terrify him. In 1948, just being white was enough.

A businessman gets off a plane and rents a Buick. He's on the road to an appointment in Key West, Fla., when he's rear-ended. He pulls off the road and the other driver hops out of her car. Her clothes are half off and she has a razor in her hand. She was distracted while driving and shaving her pubic hair on her way to keep a date. Why not do it at home? "My husband would get so pissed!" That's the opening for Carl Hiaasen's latest comic mystery masterpiece and, like other Hiaasen novels, it had me laughing from the first page. Hiaasen's novels are always out to skewer something and this time it's the television reality-show world with its power to turn very ordinary people into household names – and, in some cases, to destroy them. There's no way to compress Hiaasen's convoluted plot into a paragraph so trust me when I say it's a great one, with fabulous twists and plenty of hilarious characters doing wild things. In short, vintage Hiaasen. Don't miss it. 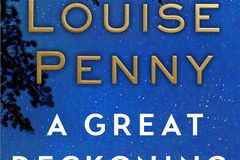 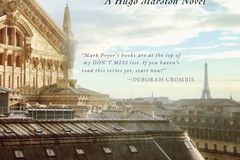 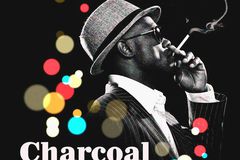