Fire in the Stars

Ottawa novelist Barbara Fradkin is giving her detective, Inspector Green, a rest. Instead, she's begun a new series with aid worker Amanda Doucette's high-flying adventure in the rugged Newfoundland wilderness. If you want to get a real feel (and fear) of the woods, this is the book for you. Amanda's story begins in Africa with a terrifying encounter with the terrorist group Boko Haram. She and her friend Phil Cousins promise each other that if they survive, they will help each other heal when they get back to Canada. So, when Phil asks her to join him and his young son on a wilderness camping trip, that's what she's expecting. But when Amanda arrives, Phil and his son are already gone. As she sets out after him, it soon becomes clear that things are not as they should be. Amanda is joined by RCMP Cpl Chris Tymko and the pair follow Phil's trail, connecting with other Mounties on the way. As they get farther into the wilderness, they are convinced that what is driving Phil, and what is endangering his son, is more than memories of events in Africa. Plot isn't Fradkin's strong suit but her intriguing characters and excellent use of setting make up for it.

There is pure pleasure in reading a great writer's work at the peak of her talents. That's what we get from Karin Slaughter in this stunning Will Trent/Sara Linton novel. Fans know not to expect the ordinary from Slaughter, and The Kept Woman proves just how far she's willing to take her characters. The setting is, as always, Georgia and there is, as usual, a murder. Will Trent is called to the case. His partner/lover Sara Linton, now with the Georgia Bureau of Investigation, is the medical examiner. The pair have a vexed relationship that has formed plot lines in previous novels. The most serious one is Trent's strange marriage to Angie Polaski, who was with him in foster care. The tangled history of the two, what led them to marriage, and why neither Will nor Angie seems able to end the marriage is all part of the story. The first part of the investigation is Will and Sara, the last third is told by Angie. You may think you know what's coming, but you don't. If this is your first book by Karin Slaughter, prepare yourself. There are more than a dozen waiting for you and you have the entire winter to read them all.

A Killer in King's Cove

There's plenty of room on my shelves for a good British-style cozy, particularly when it's actually set in British Columbia in 1946 and has an engaging female sleuth. You'll find all that in this very good debut by Iona Whishaw, whose previous novel was for children. Her heroine, Lane Winslow, a former British spy, is based on Whishaw's own mother's experience. Winslow had a difficult war, lots of secrets to hide and a lost lover. She's come to King's Cove, B.C. to recoup her spirits and rebuild her life. The town seems idyllic, beautiful and peaceful, with welcoming people. Winslow may have left the war but it isn't done with her. First, there are the nightmares that leave her exhausted; then a corpse turns up in the local water supply. There's no clue to the identity except the name: Lane Winslow. As she searches for clues to a killer, Winslow finds it more and more difficult to hide her past, guard her secrets, and find the peace she seeks. This is a good historical mystery with a cast of characters that will provide plot lines for the series to come. Iona Whishaw is a writer to watch. 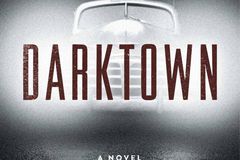