The Mistletoe Murder and Other Stories

The Christmas mystery, published just in time for the holiday rush, has long been a standard. Stories can range from the tiresomely cute to the gruesomely clever. This year's batch are exceptionally good. First, we have this lovely collection from the late P.D. James. While all were published in her lifetime, they haven't been collected until now. Here, we get the Queen of Crime in her prime, with Adam Dalgliesh on the trail and the title piece set in wartime England. As always with James, character dominates and murder is messy and damaging. These tales don't end with tea and crumpets. This is the ideal stocking stuffer for any mystery fan, and it includes a masterful little essay by James on the importance of the short story. The preface by Val McDermid is the ideal introduction if, indeed, there is anyone who still needs one to the late Baroness James. I read it in a swoop after lunch and loved every page.

The Twelve Dogs of Christmas

I'm not as familiar with David Rosenfelt's doggy series as I am with his terrific thrillers. I do tend to avoid crime stories about animals, but dogs and Christmas are an irresistible combination and I have to admit I loved it. This is a courtroom drama with charm and a really clever plot. Andy Carpenter is a rich lawyer who can choose his cases. This time out, he's representing a neighbour, Martha "Pups" Boyer. Pups's nickname mirrors her hobby of taking in stray pups and raising them until she finds them a good home. Naturally, Pups has a lot of dogs and her neighbour Randy Hennessey files a complaint against her. There is a confrontation. When Randy is murdered and the weapon turns up in Pups's basement, it would appear the gentle dog lady is doomed. Enter Carpenter to save the day. Dog lovers will adore this book but serious mystery fans will love the puzzle.

Most Christmas crime novels are slight, often with a non-lethal plot at its centre (Such as Agatha Christie's The Adventure of the Christmas Pudding) or a simple death and puzzle plot. Dying For Christmas is far, far more. This is a downright chilling psychological suspense novel about abduction, terror and a hunt to save the victim. Jessica Gould is bored and lonely. When she meets Dominic Lacey in a department store café, he seems the answer to a Christmas prayer. Without ado, she follows him to his flat, where she discovers Dominic has a new gloss on the Twelve Days of Christmas. After he imprisons Jessica in the flat, he gives her a "gift" a day, each more terrifying than the last – a dead sister's favourite toy, a box of teeth, frightening photos, they all lead to a grand climax as the police hunt frantically for clues to her whereabouts. Perfect holiday reading.

If you're tired of Christmas treacle, The Trespasser is the book for you. In fact, The Trespasser is a book for any mood. It's gritty, harsh, atmospheric and as suspenseful as anyone would want. This is why Tana French is becoming one of the top crime writers in the world. Antoinette Conway is a Dublin cop, the only woman assigned to the Murder Squad, a near-legendary all-male bastion. Conway and her partner, Steve Moran, are juniors, usually assigned the easier cases – the domestics, the drunken brawlers. The death of Aislinn Murray, bashed in the jaw with a cracked skull, seems just another domestic. The boyfriend is the obvious suspect, but Moran isn't convinced. Meanwhile, someone is stalking Conway at work. It has to be one or more of "the lads" in the squad. Just a prank or worse? This splendid novel is the ideal holiday escape.

The Highway Kind is the perfect gift for fans of Corvettes and other fast cars. Some of crime fiction's finest have contributed tales: Michael Connelly, George Pelecanos, C. J. Box and Joe R. Lansdale. There's even a nod (just) to the ladies by Diana Gabaldon. Usually, a collection like this will feature one or two great stories, half a dozen that are just okay, and some less-than-stellar work. The stories in The Highway Kind seem to have been chosen with extreme care. All the material is new and the writing is crisp. The stories are perfect for that lazy half-hour between the holiday meal and the holiday nap. Even non-crime readers who own Mustangs will love this one.

Under the Midnight Sun

If you haven't already discovered Japan's finest crime novelists, you can start with this book by Keigo Higashino, author of The Devotion of Suspect X and several other brilliantly compelling novels. Under the Midnight Sun covers 20 years of investigation into an unsolved murder in Osaka, incorporating insights into Japanese culture and history, and a plot that has you guessing right to the final line. Two teenagers, Ryo and Yukiho, are a Romeo-and-Juliet-like couple: his father was the victim of murder, hers was the main suspect. Because the crime is unsolved, the pair are united in a wash of suspicion, crushed by the fears and tears of relatives and the endless supposition of whodunit. This is a first-rate psychological novel in a setting that will take you a world away from Jingle Bells. 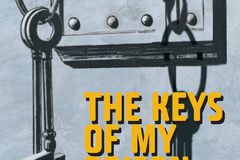 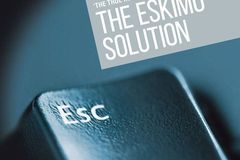 Review
Review: New crime fiction from Karin Slaughter, Barbara Fradkin and Iona Whishaw
November 4, 2016
Follow us on Twitter @globeandmail Opens in a new window
Report an error Editorial code of conduct
Due to technical reasons, we have temporarily removed commenting from our articles. We hope to have this fixed soon. Thank you for your patience. If you are looking to give feedback on our new site, please send it along to feedback@globeandmail.com. If you want to write a letter to the editor, please forward to letters@globeandmail.com.
Comments