It's cold, dark and time to curl up with a really solid suspense novel. One that gives you plenty of action, intriguing characters, but most of all, some real chills down the spine. That's what you get with Thomas Perry's standalone Forty Thieves. We may long for another Jane Whitefield for summer, but in midwinter, this one's the ticket. Sid and Ronnie Abel are a husband-and-wife detective team, one of the best in the world. Ed and Nicole Hoyt are also the best, but they're assassins-for-hire. Both couples end up working on the same case – that of James Ballantine, a research scientist for a large and important California research corporation. The police are at a dead end. No one seems to have a clue why Ballantine was murdered. He seems to have been well liked and inoffensive. The Abels take the case for Ballantine's former employers. The Hoyts are hired to ensure that no one uncovers the truth. Who's hired them? That's only a tiny piece of this terrific puzzle. Who wins? Lay in a supply of carbs and Cokes. You'll read this until the wee hours.

Yes, I've done it: I bought an e-reader and it's great. There's a reading light for midnight marathons, an option to turn page corners down, a spot for notes and, best of all, I can read it in the tub. So if you haven't yet, it's time to join the e-book world – and Raw Bone is a great reason to get one. It's set in Hamilton, it's really, really good, and it's not available, as yet, in print form. Should you prefer paper, Thornley's first two novels featuring Detective Superintendent MacNeice, Erasing Memory and The Ambitious City, are in paperback. If you haven't already read them, you'll want both before reading Raw Bone. This is stellar police-procedural writing that takes in characters, history and, most of all, place. Dundurn, Thornley's fictitious name for Hamilton, is beautifully and sordidly rendered in all its glory as MacNeice tracks a killer with a message. The dead man isn't dead at the beginning; he's delivered to a public park, trussed up in silver gaffer's tape and a bomb, set to go off when anyone tries to release him. Who would do such a thing to a nice young schoolteacher with apparently no bad friends or habits? But the surface, as we know, is not the story and as MacNeice investigates, the real story emerges. Those who like solid clue-hunting will love this series.

If you pick up this book, be warned: You are no longer in polite, orderly Canada. You are in the world of Danielle "Danny" Cleary, former financial hotshot, former wife, former highly rich and very entitled woman. But that was then. Now, Danny is on a road to self-destruction that anyone can ride. She's hot, tough, fast and addicted to crack cocaine and racing the clock on death. But when death comes, it's not to Danny, it's to her twin sister, Ginger, successful artist, mother, resident of paradise in California. What could possibly have turned this idyll into hell? Danny and her brother Darren, a rock musician, hop a jet to see just what happened to Ginger and, more importantly, to their twin nephews. Along the road are moments of stark madness, cocaine withdrawal in all its squalid misery and its savage rending of friendships, families, time – Barbra Leslie lived this book and it shows. There are a lot of first-novel mistakes. The characters could use more flesh, the plot zips along too fast and too far, and Danny herself can be a bit much, with her kick-boxing and drug smoking, but there's promise. Leslie says this is the first of a trilogy. We'll be waiting for Danny Cleary to return. 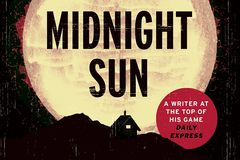 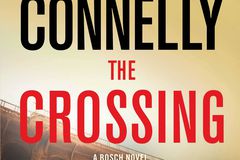 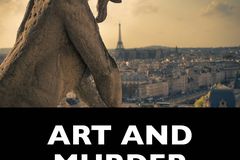