Before she was Jean Harlow, the original blonde bombshell – and Marilyn Monroe's idol – she was Harlean Carpenter McGrew, a small-town Midwestern girl with big dreams. Anne Girard's latest work (her 2014 novel, Madame Picasso, shed light on the artist's mysterious muse) is a reimagining and exploration of the life of one of Hollywood's brightest stars. At 17, Harlow ran away from home and an overbearing mother – but then took on her mother's name the day she walked into a movie studio for the first time. Reborn, highly sought after, and more talented than she was ever given credit for (she famously once said, "My God, must I always wear a low-cut dress to be important?"), Harlow paid the price of fame many times over, and yet still managed to sparkle within her tragically brief life. Golden Age Hollywood is a gorgeous stage upon which to set a novel, and Girard paints the scenes in a carefully researched but suggestively wrought manner. Harlow was an icon, a sexpot, a true dame – but underneath that cap of impossibly blonde hair she was also smart, driven and kind-hearted. Girard brings her to life with maternal care, so that we see what her hopes and dreams meant to her, why she made the choices she made, and how difficult it was to exist in a world where everyone wanted you to be who you weren't and no one wanted to know who you really were.

The Trouble With Goats and Sheep

This debut is one of the most complex, touching, and delightful novels I've read in a long time. Set during a 1976 summer heat wave, The Trouble With Goats and Sheep tells the story of the disappearance of Mrs. Creasy through the eyes of 10-year-old Grace, a perceptive child who, along with her best friend Tilly, is trying to sift through the conflicting information the neighbourhood grownups are giving out – in an attempt to protect them from the truth, of course, as grownups are wont to do with children – and understand how the world really works. Her prose shines with a genuine understanding of human nature – the beauty and the frailty – and a mastery of the written word. Cannon captures the nuances of so many aspects of society perfectly, but perhaps she most notably hits the mark in the way she conveys how it feels to be a child. In a way, all children are detectives, given only small clues about what it means to live and forced to figure the rest out on their own. Grace's literal interpretation of some of the things she is told, especially about religion, are humorous – but also sad: We should never tell children things we don't really believe in ourselves; we should trust them to question in the same way we do, because they're going to anyway. Cannon also teases out the idea that there are two types of people: goats and sheep. We are not generally one or the other, but rather a nuanced combination of outsider and follower, rebel and conformist, hero and coward.

Kristen Harnisch's follow-up to her wine-soaked debut, The Vintner's Daughter, is just as sumptuous as her first offering. The story is a continuation of the saga of the Lemieux family as they work to establish themselves as an American wine-making empire. But at the outset of the novel the times are changing, and the advent of the 20th century means a new world in every way – including new motherhood for Sara Lemieux. The passion in the marriage of Sara and Phillippe is the initial focus, and there is such joy to be found in their love, until a mishap alters the course of the couple's lives and a long-buried secret arises to further complicate matters. The story is charmingly diverted by the arrival of Sara's old friend Marie, who comes to San Francisco as the first female surgery student to be admitted to the respected Cooper Medical College. In Marie's dazzling orbit, Sara is afforded a glimpse into the lives of San Francisco's elite – and, what's important, she becomes friends with a group of local women's rights advocates who make her see what has been missing from her life, and the lives of the women around her, for too long. Instead of supporting her quest for freedom and fairness, Phillippe makes a demand and Sara may have no choice but to acquiesce. This vital, sweeping story is delivered in Harnisch's silky, upscale prose. Much like a fine glass of wine, The California Wife is a highbrow indulgence that is tasteful, captivating and heady.

Even in the midst of war, wrote Rumi, lovers find ways to make transactions with beauty. This is the essence of the epigraph for Pillars of Light, Jane Johnson's fourth novel, and a truth that pulses at the core of the book. The novel is an epic feat that weaves the ill-starred love story of a young Jewish doctor and a Muslim girl with the trajectories of two men who are drawn toward a war that isn't theirs, but that will soon change them irrevocably as they travel to Syria to help take back what no one has a right to steal. Billed as Diana Gabaldon meets Ken Follett, Pillars of Light is timely, stirring, and romantic – but there's more to this book than a tale of love. Johnson is a former publisher and bookseller who was behind the publication of the works of J.R.R. Tolkien in the 1980s and '90s. She possesses an impressive understanding of how to tell a story well – characters are revealed through action, revelations are carefully doled out – and her strong writing is bolstered by meticulous research, particularly when it comes to her retelling of the Siege of Acre. Riveting, enlightening and painful, this novel reveals the senselessness of warfare and conflict and provokes reflection about current events. But it's also about the resilience of love and the hope, the capacity for goodness, that exists in everyone.

Editor's Note: Earlier versions of this article gave incorrect numbers for the number of novels that Jane Johnson has published. This online version has been corrected.

Saskia Sarginson's excellent tale is an intricate, mysterious multinarrative. The story follows high-school student Klaudia in London in 1986, as she grapples with typical teen angst and a not-so-typical situation involving her father, the school janitor, who has a German accent and a limp and is rumoured to be a former Nazi. Klaudia's father's past has long been obscured by secrecy; she can't confirm or deny the gossip, so she begins to believe it, and starts to plan her escape from the shame of her family in the form of a complete self-reinvention later in life. Enter Eliza, who lives in Leeds. It's 1995, and she's an unconventional success. But when she simultaneously falls in love and her past comes to call, she realizes she might soon have no choice but to reveal a truth she has hardly begun to plumb the depths of. These shadowy narrative threads are tied together by a tale of two brothers working on a German farm in the 1930s, under the rule of their abusive adoptive father. As the clouds of war gather and their paths diverge, their connection to Klaudia – and Eliza – becomes clear, as does Sarginson's tender message about the way childhoods inform futures and past hurts don't always heal. Elegantly written by an author to watch, The Other Me is a transporting, enlightening and unforgettable read.

The small-town girl – and baseball fan – in me adored Richard Fifield's frenetic, enchanting and absolutely insane debut novel The Flood Girls, a laugh-till-you-cry, cry-till-you-laugh, unapologetically raunchy and surprisingly poignant account of a year in the life of Rachel Flood, a recovering alcoholic who has moved home to Quinn, Mont., population 965, seeking redemption. But her mother, Laverna, who runs the only bar in town (it's called the Dirty Shame and they don't serve mixed drinks because it's too much work; according to the author's bio, there really is a bar called the Dirty Shame in his hometown) is having none of it, and neither is anyone else in this flood-ravaged hamlet, inhabited by an ensemble of oddballs who manage to be funny, pathetic and engrossing all at once. Rachel strikes up a friendship with a 12-year-old boy named Jake, and Fifield is at his most charming when writing scenes involving these two. When Laverna asks Rachel to join the town's untalented softball team, she feels it might be her only chance to prove her worth. Hilarity ensues, of course, in the tradition of A League of Their Own, but with affecting literary twists and the unique touch of Fifield's caustic wit and frenzied talent thrown in for good measure. 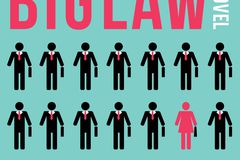 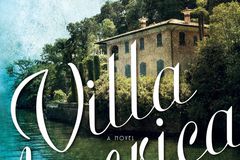 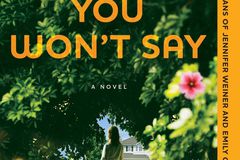