Today Will Be Different

I'm sure there will be people who don't enjoy Eleanor Flood, the latest figment of tell-it-like-it-is author Maria Semple's at times seemingly hyperactive imagination. But those people are probably boring and judgmental and not the types you should ever invite to a dinner party. In a novel that unfolds over the course of a single eventful day, Eleanor vows that today will be different. "Today I will radiate calm," the novel opens. "Kindness and self-control will abound. Today I will buy local. Today I will be my best self, the person I'm capable of being." Of course, it's not easy to be your best self when you're a little neurotic, a lot self-centred and hanging onto your sanity by a thread. Hilarity ensues as Eleanor bumbles through her day, breaking or damaging almost everything she touches (from hearts to celebrated pieces of art). But every time the novel edges into slapstick territory, Semple – she of Where'd You Go, Bernadette? super-fame – reveals a new piece of Eleanor's tortured past. Uniquely, this story is told in small part through drawings: Eleanor is a formerly renowned animator who has hidden her most beautiful and poignant piece of work from the world, and this artwork is featured in the book. Outside of the gentle beauty of the art, it can all be a bit much at times. Joe, Eleanor's reliable hand-surgeon-to-the-stars husband, is harbouring a secret that causes the story to jump the shark. But really, why not? There are times when truth is stranger than fiction, and other times when fiction is charmingly strange.

If you've been reading a lot of disturbing suspense novels lately, Soulmates by Jessica Grose – editor-in-chief of the e-mail newsletter Lenny, brainchild of Lena Dunham and Jenni Konner – is the perfect antidote. It's a page-turner, definitely, but it's also a biting send-up of the lengths people go to for inner peace, as well as a touching exploration of the often startling realization that it can be difficult – some might say impossible – to truly know another person. Dana Morrison is disillusioned by love but trying to put on a brave face. Her husband left her a few years ago for a lithe yoga instructor, decamping to parts unknown and leaving her with only one way to keep tabs on him: his YouTube channel, which is full of videos of him entangled in difficult poses with his new partner. Ethan and Amaya have even started an instructional yoga video company together called Two Become One – oof. Dana thought she knew Ethan, but when she sees his face staring out at her from the cover of the New York Post, beneath a headline revealing that he and Amaya are dead in a possible murder-suicide, she realizes he may have been even more of a stranger than she thought. But she can't accept that the man she loved could be involved in such a violent act, so she travels to a yoga ashram in New Mexico seeking answers. The result is a zany whodunit that is compelling, funny, painful and wry, delivered by an author with her finger on the pulse of the current cultural zeitgeist.

There are unpopular truths about motherhood and marriage that are easy to laugh at when browsing Instagram feeds or YouTube videos. Act upon those deep, dark feelings? You're more likely to be vilified than given a "like" or a thumbs up. That's why Gayle Forman was brave to create Maribeth Klein, a middle-aged woman who suffers a health scare so severe that it prompts her to do the unthinkable: She wakes up one morning, evaluates her life and packs a bag. Not only does she disappear from her husband's life, she disappears from the lives of her four-year-old twins. How could a mother do this? It seems impossible, unbelievable, despicable – until Maribeth's layers are peeled away by an expert storyteller, and a very real, intensely believable character – with good reason to be running away from her present in order to make peace with her past – is revealed. In Leave Me, Forman shows that it might be an act of bravery to crack something open in order to put it right again. She has already achieved wild success with her young adult novels (If I Stay; Just One Day/Year) and her crossover into adult fiction is a novel that raises questions and pushes limits. My one complaint – spoiler alert, sorry – is that the way the book ends, heartwarming and hopeful as it is, seems to be more in line with what a woman in a situation such as this should do as opposed to what might really be the right thing for her and her family in the long run. This ending also means that there are characters in the book who end up as collateral damage. You be the judge: Perhaps it's the right ending for you.

Don't I Know You?

The description of Canadian journalist and non-fiction author Marni Jackson's debut novel stopped me in my tracks: a novel-in-stories (my favourite) compared to the work of Melissa Bank and Miranda July? Yes, please. Even better, my fears that it couldn't possibly live up to the terrific concept – it's based on the idea that celebrities are a part of our lives even from a distance; in each of the stories, Rose McEwan encounters a different cultural icon – were unfounded. At 17, Rose has an affair with John Updike while taking a creative writing course; later, she travels to Matala, Greece, and gets advice on how to deal with her philandering boyfriend from Joni Mitchell; Bob Dylan shows up at her summer cottage and refuses to leave; she has a midlife romp with Adam Driver; Meryl Streep befriends her, but with an ulterior motive; and she even gets a facial from Gwyneth Paltrow – who is a surprisingly sympathetic character. There's not a hint of satire in these sensitively rendered stories that encompass one woman's life. And while a certain amount of suspension of disbelief is required (especially during the epic canoe trip with Leonard Cohen, Taylor Swift and Karl Ove Knausgaard), Jackson's writing is so smooth that it all feels real; anything seems possible. Our relationship with celebrities is a complicated business. We don't really know them, but we feel like we do because of the way we interact with their art and the way their art interacts with big moments in our lives. Jackson helps to make sense of this by bringing celebrities into the fold of daily life. The result is magic.

Ann Patchett's latest novel is a buzz book to be sure, one that is at the top of the reading list of everyone I know and poised to be a book club favourite. For good reason: Patchett is already a firmly established literary talent. Here, she writes about family more frankly than she, and almost any writer I can think of, ever has. In interviews about Commonwealth, Patchett has been telling the whole truth when asked whether the book has any roots in real life. If you've read her collection of essays, This is the Story of a Happy Marriage, you know Patchett was raised in a complicated blended family composed of step-siblings who were once simply known as the neighbour's children. The family in Commonwealth, a ragtag and damaged bunch of step-siblings bound together by a combination of bitterness, tragedy, secrets and love, is inspired by her own upbringing: the characters, she has blithely admitted, are stand-ins for real people. In Commonwealth, a male author named Leon Posen steals the story of the Keating and Cousins children during a love affair with one of them, changing the ownership of their personal lives – and the way they feel about one another. As their lives progress, they're forced to come to terms with their childhoods, which they each experienced differently. They are also forced to make peace with loss and change, which is something all families must do in one way or another, if they want to stay close. It's also something that Patchett is able to present in lush, vivid, dysfunctional detail because of what she has experienced and her skill as a writer.

Thirteen-year-old Tilly Hammond has been diagnosed – finally, after years of her parents' fruitlessly searching for an answer – with an unspecified disorder on the autism spectrum. This vague label does nothing to help a family held hostage by a question they can't find the answer to, and so they make the questionable decision to sell everything and follow child-behaviour guru Scott Bean (he has no children of his own; this should be a tipoff) to a "family camp" in the New Hampshire woods. Not surprisingly, Camp Harmony is not the most harmonious place. In fact, it's downright disturbing. Two other families join Scott and the Hammonds as they attempt to build a community on a faulty foundation. But despite the frustrating decisions made by the adults in the book, and the passive aggressive undercurrent – Scott behaves like a cult guru, but it seems unrealistic that he would be followed so blindly by anyone, let alone people concerned about the well-being of their children – there is skilled insight in Parkhurst's writing. Through the wise eyes of younger sibling Iris, who shares narrative duties with her mother, the inner workings of a family are revealed, and we also see what it feels like to be the other child, the child who is "normal" and therefore gets less attention. Instantly gripping and quietly suspenseful, Harmony also uncovers the dark side of motherhood: powerlessness, desperation, guilt, fear, combined with a love so strong there is nothing that wouldn't be sacrificed in its name. 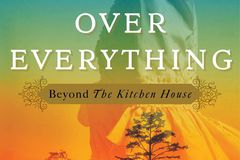 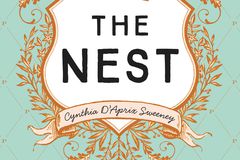 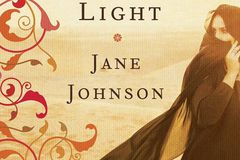