The latest time-slip romance from The New York Times bestselling Canadian author Susanna Kearsley delivers her most endearing heroine to date: Sara Thomas is an unemployed singleton whose struggle with Asperger's makes her feel like a person you might have met before and most certainly liked. The story opens with Sara at a cousin's wedding, making every attempt to avoid catching the bouquet. "Catching things had never been my strong suit, and it always seemed ridiculous to go through all that effort just to field a bunch of flowers that, while pretty, only showed which of the women at the wedding was the most determined to be married next, not which one would be." These sharp observations continue throughout the novel as Sara travels to Paris, where her amateur code-breaking skills – an advantage of her unusual mind – garner the attention of a once-renowned historian who asks for her help untangling the mysteries of the 300-year-old journal of Jacobite exile Mary Dundas. Within the journal's cryptic pages, Sara finds information with the power to influence the present in a dangerous way. As usual, Kearsley, a former museum curator, has performed feats of research virtuosity that elevate this novel from fantastic caper to intelligent read. A Desperate Fortune educates as it entertains, and manages to be wonderfully romantic at the same time.

Candace Bushnell, the author behind the fabled television series Sex and the City, is back with a new novel and it's fabulous. Killing Monica is about an author who creates a character (named Monica) who wears great shoes, has an enviable life and becomes the champagne-swilling BFF of women everywhere. The "Monica books" inspire television shows movies, and cult-like devotion among fans. Sound familiar? But Pandy Wallis, Monica's creator, wants nothing more than to get out from behind her character's shadow. She wants to be literary, she wants to be taken seriously – and thus, she wants to kill Monica and move on to the next chapter in her life. This is complicated and involves sidestepping a potentially psychotic actress, a money-grubbing ex-husband and an agent who prefers to deliver bad news in person. Especially if you were a little disappointed with the way Sex and the City ended (we all wanted Carrie to marry Big, yes, but the message that bagging the man and getting a giant shoe closet was the only happily ever after a woman could wish for fell flat once we really thought about it) you must read this book. Killing Monica delivers a refreshingly different message that isn't even remotely about getting the guy, but is about getting happy.

Canada gets to have its historical fiction moment in the sun in the form of Tides of Honour, from the international bestseller Genevieve Graham. Graham lives in Halifax and has delivered a book that reads like a love letter to a time and place that figures largely in our national identity: Halifax in 1917. This is a city full of heartbreak and loss for everyone, but especially for Private Daniel Baker. He found the love of his life in war-torn France, but then lost his leg in a horrific battle – and with it, his faith in the belief that his love for the strong and artistic Audrey Poulin could conquer anything. Feeling broken and unworthy, he tries to push her away and the chapters in his voice ache with longing, self-loathing, hopeless adoration and fear. Meanwhile, Audrey, described at one point as having a "thirsty soul," is a heroine worthy of such worship. She loves Danny with an open heart and her chapters resonate with the exquisite honesty of a young woman who knows her own mind.

In the Unlikely Event
By Judy Blume, Doubleday Canada, 416 pages, $34

Perhaps it should go without saying that this is not another Are You There God? It's Me Margaret. And yet, I still squealed with delight in a way I have not done since hitting puberty when I cracked the spine of Judy Blume's late in life – and, if you listen to the author herself, last ever – novel. Blume grew up as she wrote – as did I, and all my friends, as we read her books – and this novel is certainly her most adult of the lot, even if the character at its centre is a 15-year-old girl named Miri Ammerman. In the Unlikely Event is about a historical moment Blume is familiar with: the early 1950s, when three planes crashed over eight weeks and disturbed the idyllic calm of Elizabeth, N.J., where Blume grew up. The book is more fact-based than any of Blume's other novels, but the research required to write it doesn't get in the way of the emotional precision this author is so revered for. The story is told from many perspectives, and at times I found it necessary to backtrack in order to get my bearings. But in the end, as she always has, Blume proved that she knows best; each of these stories needed to be told. The beauty of In the Unlikely Event lies in the way it shows how communities are affected by tragedy and fear not just as a whole, but also as individuals. Human beings experience events differently because none of us are the same: we all have something to lose that belongs only to us.

The Unfortunates
By Sophie McManus, Farrar, Straus and Giroux, 356 pages, $29.99

Is it possible to grow tired of reading novels about the spectacular undoing of the very rich? I hope not, because after reading The Unfortunates, Sophie McManus's arresting debut, I was reminded of why watching the mighty fall can be both a guilty pleasure and a necessary rumination on the rot that can exist at humanity's core. Is it the excess of money that draws the rot out, to bead at the surface and start to stink (Donald Trump and his presidential bid comes to mind), or are some people simply in possession of a blighted soul one is more likely to notice when it's dressed in Versace? McManus's extravaganza of a novel joins the once-great Somner family as they begin a descent that is perhaps inevitable after reaching such heights, and eating so much caviar. Lone wolf matriarch Cecelia Somner – otherwise known as CeCe – is suffering from a rare neurological disorder that is forcing her to accept, as she is shuffling off the mortal coil, that the life she lived as socialite, philanthropist and exploiter of weaknesses was devoid of proper love. George, her son, is possibly the by-product of a cold mother and an absentee father, but it's hard to feel sorry for him: McManus paints him in deliberate strokes that reveal him to be both repugnant and dangerous. Meanwhile his wife, a former coat-check girl with depth (no, really), flounders in the face of his staggering malevolence before finding the strength to prevail in a world where sins are never paid for with anything but money. There are truths in this novel that should not be ignored about privilege, and desire, and how to live a life that yields something other than regret. And there's also a hugely enjoyable story, delivered by a startling new talent.

There are two types of people: those who will love Eliza Kennedy's audacious debut I Take You, and those who will loathe it. There will be no in-between, I promise. So if you're the type who doesn't like to read about morally bereft, self-absorbed characters, if in your world, all characters must be likeable, don't bother with this one. On the other hand, if you've been longing for a Bridget Jones of the modern age – but more drunk, way more promiscuous and without even a moment of concern about her weight or how many crisps she just ate – this is your next read. Lily Wilder is a hot young New York lawyer who is about to marry a brilliant and handsome archaeologist (like Indiana Jones, but with glasses) named Will. The problem is that Lily is incapable of being faithful. She loves Will, but this does nothing to curb her ravenous appetite for sex with other men. (And sometimes, other women.) I Take You is hilarious, deplorable and difficult to look away from, even when Lily is at her most appalling – such as when she accidentally sleeps with her fiancé's boss, for example. And if you can manage to ditch the puritanical urge to judge (not easy, I'll admit; she also tries to sleep with Will's best friend), what will emerge from the narrative is a sort of feminist manifesto against slut-shaming, a riot girl cry for help in a world where women have come a long way, sure, but are still never judged by the same standards men are when it comes to sexual freedom. Whether you choose to accept what Kennedy appears to be trying to say through Lily is up to you. Either way, it's one hell of a story and the time is now to tell it. 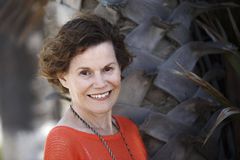