"Not a memoir. Not an epic. Not an essay. Not a spell," begins the back-cover copy for A Pillow Book, Suzanne Buffam's third book of poetry. It's a long list of things Buffam's book isn't, but here's the trick: that list comes from a description of another book entirely.

In many ways, A Pillow Book feels like a long-form sequel to Trying, a suite from Buffam's previous book, 2010's The Irrationalist. There, a speaker described, in a wry voice equal parts emotionally sharp and removed, her efforts to conceive. A Pillow Book is voiced and structured similarly – blocks of prose, interspersed with lists of aphorisms and witticisms that give Buffam's sense of humour a little room to cartwheel around – but here, Buffam uses Shonagon's text and her own narrator's chronic insomnia as scaffolding for her text's own formal restlessness, its shifting between lists and stories, real life and dreams.

But far from being a "catalogue of petty grievances," A Pillow Book is one of the most finely controlled, subtly structured books of Canadian poetry in recent memory; don't let all that "not x, not y" stuff fool you. Or, alternatively, use it as a sly guide to the text's major trick: just as negative space defines the outlines of an image, A Pillow Book uses the tension between the spoken and the unsaid to draw out the issues of class, culture, anxiety, privilege and feminism that run underneath her speaker's day-to-day life. Thus, the book has two functions, one explicit and one implicit: it's a deftly rendered (and slightly heartbreaking) portrait of a woman struggling with her roles as a writer and a mother; at the same time, an honest examination of the issues that give rise to, attend and assuage that anxiety.

Reading A Pillow Book, I thought more than once of The Argonauts, Maggie Nelson's 2015 work of "autotheory" about gender, sexuality, art – and family-making. The two texts share a number of formal and thematic fixations, but arranged in different directions; while The Argonauts uses first-person narrative as a means toward reimagining traditionally oppressive concepts like gender and family into forms that could be inclusive or even freeing, Buffam's speaker struggles within the strictures of these concepts. Her insomnia is both a symptom and a cause of a bigger, murkier anxiety – form and content all at once.

The physical feeling of insomnia is one of the book's unstated – but deeply important – organizing principles, and one of its most pleasurable aspects is the way Buffam uses form to quietly mirror the structure of her speaker's thoughts. While the text's refusal to stay in one particular shape is ostensibly modelled on the structure of Shonagon's Pillow Book, it's also a dreamy echo of the way insomnia dissolves the borders between dream-life and real-life, between forms and texts and registers in the sleep-deprived speaker's mind. Often it's difficult to distinguish the real-life stories the speaker tells from the dreams she recounts until you're a few lines in, and all texts are read and referenced with the same critical rigour, whether they're dream-interpretation websites or historical texts.

Buffam and Nelson also share an interest in the ways in which writing can be used to examine and critique the same cultural conditions under which it's been created. In The Argonauts, Nelson argues that "the notion of privilege as something to which one could 'easily cop,' as in 'cop to once and be done with,' is ridiculous. Privilege saturates, privilege structures." Buffam never renders her statement of purpose quite so explicitly, but A Pillow Book is an object lesson in what an honest representation of that structure might look like; an inventory of the contents of a privileged life that presents them without equivocation.

This book is scaffolded by material privilege, as is the speaker's life: objects designed to assuage her insomnia line the lists she writes when she can't sleep ("Household Items A-Z," from Aeroccino machine to zero gravity Chaise), and limn the moments when her insomnia is most acute; she reads Shonagon against the backdrop of her custom-fit blackout blinds, searches Amazon on her iPad for pillows that might improve her condition. In a less material sense, the book is shot through with moments of class conflict (or at the very least, class discomfort), which Buffam treats with a light touch and an unflinching gaze. "It is hard to work," the speaker says of her housecleaner, "when Estela is here, working so hard – so much harder, to all appearances, than I am – with that smirk of unfathomable peace across her face."

It's a testament to these poems' subtlety that no narrative force ever jumps in to pause these moments or explain what they mean; they're so deftly rendered that no one has to. Instead, moments like this quietly pile up as Buffam moves us through her speaker's life, creating an honest, imperfect, inventory of the push and pull between interior and exterior worlds.

Just as A Pillow Book builds a complex world out of a deceptively simple, singular fixation, Adrienne Gruber's Buoyancy Control is a book about water that's really a book about bodies – what they are capable of together and on their own. Moving through lakes and oceans to dreamier, less literal spaces, these poems, like their subject matter, are playful and dark in equal measure – Gruber frequently tangles the lines between what it feels like to have sex in a human body and what it might feel like to move through the world as an octopus or a jellyfish. She has keen senses of both rhythm and humour and when they coincide, the results are wonderful, as in the series "Intertidal Zones," where people take sea creatures for lovers: "Swim in sheets that maul our limbs […] Our spit pools, spools in coils." There are a few instances where her poems' language falls short of what their meant to express – lines like "the past is an undertow" seem a bit beside the point – but when this book succeeds, it's strange and lovely.

Emma Healey is The Globe and Mail's poetry reviewer. 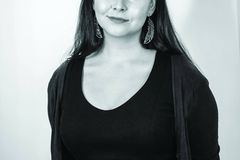 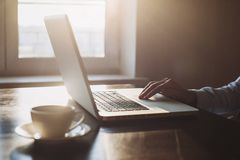 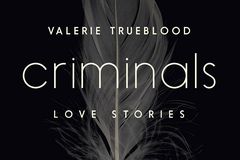