Seventeen-year-old Riley Vasquez's life is soaked in blood and trauma. Her hostage negotiator father is shot in the line of duty, the couple she is babysitting for is murdered while she hides with their child under the bed and now she and six other teens are taken hostage by masked gunmen during a weekend therapy retreat. She struggles to survive alongside Max, a schizophrenic fast-talker who narrates in alternating chapters. The violence is unnervingly callous and the body count mounts to unexpected levels. Armstrong delivers a completely taut thriller and makes a blindsiding swerve two-thirds of the way in, changing the trajectory of the narrative entirely. While the final act could have benefited from some trimming, those hoping for a rewarding climax consistent with the terror level will be totally sated. A bloody heart-stopper.

Alberta author Mikaela Everett's first novel features two Earths. And with two Earths come two identical sets of humanity, with every human being having an "alternate" or twin on the other planet. Since childhood, Lirael has been part of a massive covert plan to infiltrate the other Earth, quietly kill her alternate and help destroy the planet. But rather than telling the story through explosive action scenes and cheesy dialogue, Everett makes things dark and sinuous. Lirael's experience feels disjointed, jagged and dreamy, much like if Atom Egoyan took on teen sci-fi dystopia. Few expository bits are included to guide readers along, but this functions as a kind of plot blindfold, forcing the focus on to Lirael's inner state. A sweeping, enjoyably insidious debut.

Teen paperback series evoke comfort and nostalgia – and often a stigma around writing quality. But this is B.C. publisher Orca's third YA series that features some of the most celebrated Canadian writers for teens. In this instalment in the new Secrets series, Vicki Grant tells the story of Dot, one of seven teen orphans cast out after their orphanage burns down in 1964. Dot gets a job as a seamstress-in-residence at an Ontario resort and it all feels very Dirty Dancing (minus the gyrating); small, awkward Dot falls for a strapping co-worker and rumours swirl around a baby scandal. Both plot and characters are painted with broad strokes, but this isn't a bad thing. Enjoyably light, linear and buoyed by a solid concept and striking retro packaging, this is what Don Draper's daughter would have read at 13.

Emily and Lucas witness something awful happening to Belinda, a classmate with a developmental disability. And all they do is witness – they do nothing to help. As punishment, Emily and Lucas must volunteer at "Boundaries and Relationships," a class where participants with special needs learn about socializing and dating. Told in alternate perspectives between Belinda and Emily, Belinda's voice is, by far, the most intriguing. McGovern uses her experience working with youth with special needs to illuminate the everyday thought processes and internal lives of young adults who function differently in society. She gives readers characters, not archetypes and this is no after-school special with a heavy-handed message. It's a poignant, warm, compelling book that insists that mistakes and redemption can go hand in hand.

Most Dangerous: Daniel Ellsberg and the Secret History of the Vietnam War
By Steve Sheinkin, Roaring Brook Press, 384 pages, $22.99

You can't blame Canadian teens for not knowing much about American history – there is enough that happened on our own soil to overflow curricula. So how could the story of a Washington insider and his decision to leak a top-secret government report about the Vietnam War possibly appeal to the average young adult Canuck? Because it's written by Steve Sheinkin, the master of coaxing thrills, suspense and "That actually happened!?!" moments out of seemingly any historical event. No prior knowledge of (or even interest in) the Vietnam War is needed as Sheinkin writes with a brisk fervour that has massive popular appeal, easily rivalling heavyweight YA fiction superstars such as James Dashner and Veronica Roth. Deliciously jaw-dropping with staggeringly high stakes, boredom is not an option in this non-fiction work about a man who calls Edward Snowden his personal hero.

Told through prose and photographs, this is a brutal heartbreak of a novel, deservedly just nominated for a Governor-General's Award. Think of a darker version of James Joyce's A Portrait of the Artist as a Young Man, but from a modern-day 13-year-old photographer's perspective. And instead of the Church, T– (that's how readers know him) is wrestling with bullies. As his life spirals at the hands of an almost unbelievably maniacal classmate, T– clings to the solace and empowerment he finds in his camera. The language is poetic and evocative ("When you've been in the same boat with someone for a long time, you learn to speak Boat") but believably young when the metaphor occasionally tips into cliché. One of the few books for this generation that will stick with them into adulthood. 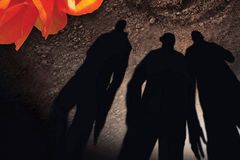 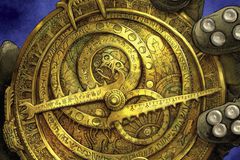 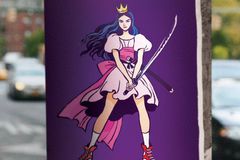