Title
The Square and the Tower: Networks and Power, from the Freemasons to Facebook
Author
Niall Ferguson
Genre
Non-fiction
Publisher
Penguin
Pages
592
Price
$40

In earlier days there were tribes, then duchies, then nations, then empires. But always there were networks, informal links among people, institutions and leaders, and though the tribes, duchies, nations and empires won the attention of statesmen and scholars, the networks persisted – seldom recognized, rarely regulated, above all hardly ever understood.

Until now. Niall Ferguson – chronicler of empire, biographer of Henry Kissinger, historian, theorist, public intellectual and gadfly – has torn the network out of invisibility (and out of obscure corners of academia) and placed it at the centre of world affairs and world finance, in the past and in our own time – a period when the network is emerging as the principal agent of power and influence.

"There have never been such large networks as we see in the world today," he writes. "Nor have the flows of information – or, for that matter, disease – ever been so rapid." Transport networks, television networks, telephone networks, computer networks, social networks – networks are everywhere, and Ferguson examines their origin and import in a far-reaching volume of theory, biography and philosophy. This is a book both imaginative and innovative, a tour de horizon of networks embedded in a tour de force of history. But often it is forbidding as well, with charts just short of inscrutable and with terms such as nodes, betweenness, centrality and fissiparity. No one can read this volume in one sitting, unless he plans to sit for more than a week.

Ferguson deals with the Iberian network of discoverers and conquerors, the Reformation, the Enlightenment, the French Revolution, the Chinese dynasties, the British Empire – and Facebook. He drops insights along the way ("Without Gutenberg, Luther might well have become just another heretic whom the Church burned at the stake") like so many breadcrumbs in a path through an intellectual forest. Another example among many: the role of networks in sharing and fostering ideas in the Scientific Revolution and the Enlightenment.

"In each case," he explains, "the sharing of novel ideas within networks of scholars produced remarkable advances in natural science and philosophy." Indeed, networks – the Saxe-Coburgs, the Rothschilds, the denizens of Davos, al-Qaeda, even (these that follow are my own modest contribution to the discussion) ballplayers of the Dominican Republic and the Quebeckers who once dominated the Montreal Canadiens – have stared us in the face for generations. But it took Ferguson to show us that, for example, the Industrial Revolution itself was the product of networks within networks: the finance network, the technological network, the steam network.

A classic of network power was the Cambridge Apostles, a seventh of whom in one period became members of the British Parliament. (Others were E.M. Forster, John Maynard Keynes, Leonard Woolf, Lytton Strachey.) Some of them became spies, illuminating another characteristic of networks: They don't have to be big to have a big impact. The Cambridge spies, not all of whom were members of the Apostles, numbered only nine.

A curious fact: "The Cambridge spies were especially active in the period when Hitler and Stalin were on the same side – and of course the other side from Great Britain." Another fact, not so curious but significant: An exclusive group such as the Apostles exists at such an elite level that it was possible in the late 1970s for a Cambridge student to pursue modern British history and not learn of the existence of the Apostles until years after he went down from Jesus College, which provided many of the group's members. (That pitifully clueless historian is the author of this review.)

Of course one of the pre-eminent networks is the one that goes by the name of the Establishment. In a way, this book is the chronicle of various shards of the Establishment, including such groupings that existed before A.J.P. Taylor coined the word, the networks turned to their own impulses, ideologies and inclinations.

But even outsiders create networks, and sometimes their interests and intentions are the destruction of others' networks, as al-Qaeda did on Sept. 11, 2001. "The defining event of this century's first years," Ferguson writes, "was an attack on the financial and transport networks in the United States by an Islamist gang that is best understood as an anti-social network." And sometimes outsiders – the best example may be the one-time American civil-rights leader Vernon Jordan – can themselves become insiders and classic networkers.

Jordan, a black man born in Jim Crow Georgia in 1935 and the survivor of an assassination attempt while president of the National Urban League, has been on the corporate boards of Bankers Trust, J.C. Penney, Xerox, American Express, R.J. Reynolds, Sara Lee, Revlon, Dow Jones and Corning, among others. He was Bill Clinton's confidant and a decades-long source of mine, cherished for his humanity and friendship – and valued because, at the age of 82 and ensconced as senior managing director of the investment-banking powerhouse Lazard Frères, he is a network all his own.

David Shribman, a frequent contributor to The Globe and Mail, is executive editor of the Pittsburgh Post-Gazette and a former Washington-based national political correspondent for The Wall Street Journal. 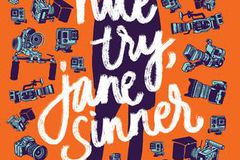 What will my novels reveal about me when my kids read them as adults?
February 1, 2018 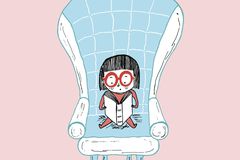 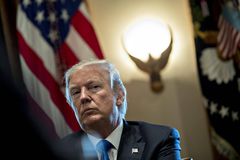