Little Heaven is the novel where Nick Cutter finally stretches his horror out. In The Deep and The Troop, Cutter's two previous novels for Gallery Books (Cutter also wrote The Acolyte, published with ChiZine in 2015), the canvas was clipped fiercely, reducing the action to an island and a lab at the bottom of the ocean's floor. In The Deep, particularly, Cutter sketched a world of immense potential before immediately diving under it for the primary action of the novel, which takes place in a lab in the Marianas Trench. In Little Heaven, Cutter takes us from events in 1965 to their fallout in 1980, but the wider expanse of time and territory his characters walk doesn't make their suffering any less intense, claustrophobic and constant.

Cutter's toolkit, which he shares with his Giller Prize-nominated writing alter-ego Craig Davidson, is a match for the roiling mass of his horrific ideas and the larger scope he's allowing himself in this novel. What starts as a simple reconnoitre-and-collect mission for three American bounty hunters tasked with recovering a boy from the strange cult that has taken his family in ends up spanning more than a decade, and enough guilt, grudges, resurrections, moments of redemption and sadistically detailed descriptions of pain to fill a new book of the Bible.

As in The Deep and The Troop, Little Heaven is gross, full of rich descriptions of gore and what Hellraiser's torture-demon Pinhead, the creation of Cutter's beloved Clive Barker, would call explorations of the outer reaches of pain. A moment in which a knife-wound immediately precedes a dynamite explosion leaves a character contemplating his damage this way: "The edges of his gaping stomach wound were crusted with the same black soot. The ragged, bumpy edges looked like a dog's gums." The wounds wound and the gore splatters because of Cutter's gift for description that isn't just detailed, but carried out with a detachment that speaks of an intent to show, not to disgust.

I won't tell you which character is dealing with that particular situation, and Little Heaven's protagonists tread through such violence that it would be hard to guess who will be dealing with what injury, and when, until the moment occurs. The three heroes are all killers, of one sort or another. We meet Minerva Atwater, the most compelling of the three, in 1980, when she's spending much of the time killing herself and vainly hoping against an unwanted resurrection. This unwanted talent of hers has nothing to do with vampirism, don't worry – it's something she's picked up in the recent past, in the wake of her encounter with the nastiness at Little Heaven.

Back in 1965, the other two mercenaries who will be pulling a raid on the territory of the Little Heaven cult and the evil that infests the woods around its compound are Micah Henry Shugrue and Ebenezer Elkins, known to the bounty-hunting and general criminal world as "the Whispering Death." They run into Minerva during a shootout fuelled by both bounties and a desire for revenge. (The vengeance, by the way, involves the death-by-python of a small boy, a crazy scene that Cutter manages to make into a perfectly sensible backstory.)

Little Heaven's insane, charismatic cult leader Amos Flesher turns out to be a junior-level incarnation of the true evil that surrounds the people that he's gathered in the woods. Vanished children come back as odd lumpen creatures in the mould of John Carpenter's The Thing, and in compelling scenes of body horror, characters lose control of their own limbs and desires as the force in the woods beckons them. While Cutter's nods to great horror films and writers of the seventies and eighties abound in this book, from The Wicker Man to Nightmare on Elm Street to Stephen King and Robert McCammon, Little Heaven is never a pastiche mixtape of its forebears. I liked Netflix's Stranger Things too, sure, but it's good to see influences being absorbed, reshaped and emerging from the anxiety of influence as new, richly characterized stories.

Even when it's clear that Little Heaven's cult leader is only a morsel of the real terror in the book and the scares begin to manifest physically, Cutter keeps the source of the evil – be it demonic, elemental or something else – confined to the unknown. It's remarkable that he manages to avoid addressing the what-and-why of the evil force directly until the last 50-odd pages without frustrating the reader: He does it simply by stacking action and character work so high and dense that there is little breathing room for these questions to be posed.

By the time the surviving heroes have the time to sit back and ponder what happened at Little Heaven in 1965, they're too scared and haunted to really want the answers. The monsters they could handle with shotguns are behind them, along with the extremely entertaining and elaborate action set-pieces where they were dispatched. Cutter eventually gives his protagonists time to deal with the quiet misery of discontent and helplessness that comes when there's nothing tangible to fight off – before he mercifully sends them back to Little Heaven.

Naben Ruthnum writes fiction and criticism, and his book Curry: Eating, Reading and Race will be published by Coach House this fall.

Craig Davidson: What happens when real life is scarier than anything a writer’s mind can conjure?
April 8, 2017
Book Review
The double life of author Craig Davidson
May 12, 2018 Book Review
The Troop: Something wicked this way comes
May 12, 2018 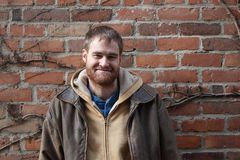