In the year since the Liberal Party came roaring back to power in Ottawa, ousting the Conservatives and relegating the New Democrats to third-party status once again, both opposition parties have mostly struggled to rediscover their identities. In the meantime, Prime Minister Justin Trudeau's sunny ways movement has captivated national and global attention in a way that makes the latter years of Stephen Harper's government seem like a bad dream. But there were moments over those nine years, as the Conservative Party consolidated its hold and reshaped public institutions to its image, when it seemed every Canadian intellectual was ready to call for a revolution. Author and journalist Noah Richler was one of these, and though he captured national attention with a cheekily insurgent NDP campaign, he ultimately failed at the polls. In his memoir The Candidate: Fear and Loathing on the Campaign Trail, Richler offers frank insight on the drawn-out 2015 election, his crash-course in party politics and the lousy realities of running for office.

It's easy for laypeople to assume that politics is a natural career path for public figures, but Richler quickly shatters this myth. Politics is a career path for politicians. In the early chapters, he recounts his difficulty finding a roof under which to stake his opposition – casting about with Liberal and NDP representatives, as well as Green Party Leader Elizabeth May – before settling on a nomination with the NDP. Richler's lack of party loyalty isn't uncommon; parties usually chase well-known names, not the other way around.

But there are threads (and it's uncertain whether they were intentional) in Richler's writing that indicate he wasn't just uncomfortable as a candidate because he was new, or because his personal history might be dug up for salacious gossip. His memoir occasionally reads as if he resents having to ask the NDP, and then the residents of the Toronto riding of St. Paul's, to choose him, rather than offering the seat freely.

In the book's occasional fantasy sequences, Richler imagines himself navigating the halls of Parliament Hill like a minor character in House of Cards, and these are delusions common to every candidate. No one has ever added their name to a ballot who hasn't entertained a hint of megalomania, and I include myself. When Richler tells the story straight, it's evident that everyone in the game is engaged in their own crusade: Party scrutineers who scour the candidate's social-media history for the slightest whiff of scandal; municipal politicians, officially non-affiliated but all too happy to coast on the goodwill of the party, who show up to fundraisers but don't bother returning phone calls.

And of course, the party leader, Tom Mulcair, whose quest for what political writer Susan Delacourt dubbed the "Tim Hortons Vote" led to a wash-out of NDP seats across the GTA. Speaking of Delacourt, Richler often refers to her book Shopping for Votes as the essential guide to winning over Canadian voters. While that's true, The Candidate is, on the other hand, nothing short of a survival handbook for intra-party politics, and a strong case for publicly financed elections.

Which isn't to say that Richler singles out parties as the problem; political candidates are often their own worst enemy, and he recognizes this keenly. Recounting his conversations with voters on their doorsteps, the voices of Richler's wife, Sarah MacLachlan (publisher of House of Anansi Press), and his various campaign managers take turns as his superego, pulling his lofty writer's rhetoric out of the clouds. But then there are times when he blows off that dreary but essential task of canvassing for higher purposes: meeting potential donors, and filming campaign videos witty enough to skewer Stephen Harper and disrupt the Liberal resurgence. Ultimately, one of these videos (a parody of Justin Trudeau's escalator ad) was used and did go viral.

It was far from enough to unseat Liberal MP Carolyn Bennett, whose incumbent advantage was compounded by her having delivered a number of the riding's residents when she was a practising family physician. Richler doesn't make clear whether he gets that it was his responsibility to pose the right ballot question, not the voters' responsibility to seek out and elect him. Perhaps if he'd read and taken to heart Clive Veroni's Spin (which explored the relationship between marketing and politics, and was published by House of Anansi, no less), things might have turned out differently.

Despite being an Oxford graduate and the son of one of Canada's most celebrated writers, Richler occasionally seems envious of other politicians and candidates for their privilege. And then there are the moments when either his own privilege or his ambition blind him to how much of an ass he can come across as – bringing his housekeeper with him to canvass a Jamaican corner of the riding, sneering at Carolyn Bennett's mawkish sound bites and reducing fellow NDP candidate and media strategist Jennifer Hollett to her career as a MuchMusic VJ. But Richler is skilled at turning his critical ability on himself, and that's what makes this book worth reading.

Unlike many political authors before him, Richler doesn't veer into polemic, or use his book as a pedestal for a future campaign. It's to his credit that he presents The Candidate as an instruction manual, a cautionary tale and an honest retelling of campaign realities from a flawed and deeply human candidate. In the age of fashion-magazine covers, topless selfies and broken political promises, maybe that's what we need.

Andray Domise is a Toronto-based writer who ran for city council in 2014.

Review
Review: Jonathan Tepperman’s The Fix is a ‘testament to the power of people who get things done’
October 28, 2016
Book Review
Review: In Barbarian Lost, Alexandre Trudeau follows in his father’s footsteps
September 23, 2016 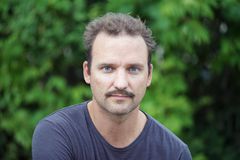 Review
Review: Two new books about Trudeaumania paint a portrait of an extraordinary man
October 14, 2016
Follow us on Twitter @globeandmail Opens in a new window
Report an error Editorial code of conduct
Due to technical reasons, we have temporarily removed commenting from our articles. We hope to have this fixed soon. Thank you for your patience. If you are looking to give feedback on our new site, please send it along to feedback@globeandmail.com. If you want to write a letter to the editor, please forward to letters@globeandmail.com.
Comments