Fourteen years after being destroyed by the Taliban, one of the giant stone Buddhas of Bamiyan, Afghanistan, was revived this summer in the form of a towering 3-D light projection. The Chinese couple who managed to summon an image of the sixth-century statue in this way must have known that their gesture was doubly appropriate, since the name "Bamiyan" itself means "the place of shining light." Here, too, is the source of inspiration for the title of Toronto author Nazneen Sheikh's seventh book: A novel about art, war, spirituality and love that spans the valleys of Afghanistan and the mountain kingdoms of northern Pakistan. Sheikh's hero is Adeel, an ex-military officer hired by a Pakistani antiquities dealer to smuggle a 5,000-year-old Buddhist statue out of Afghanistan. As the story opens, Adeel is in a truck barrelling through the Bamiyan valley to the border town of Torkham. The stone Buddha he is transporting is only four feet high, but it has already demonstrated a rare spiritual potency. By the time the truck reaches Peshawar, Adeel has resolved to keep the statue for himself and abandon the mission.

What follows is a three-way race as Adeel is pursued by Khalid, the antiquities dealer, and Ghalib, the wealthy art collector intent on purchasing the statue for his private collection. Sheikh uses these men to explore the changing face of Pakistan: a country of merciless sectarian violence, extreme social and economic inequality, labyrinthine political and military corruption, and incursions from violent dogmatists with dreams of establishing a theocratic state.

Glimpses into the lives of Pakistan's superwealthy may well be the most intriguing feature for Western readers. From his home in the rolling hills outside Islamabad, Khalid procures antiquities from the Taliban for sale in Japan and New York. When not paying bribes in the billions to Pakistani customs officials, he pours his energies into the construction of an elaborate family tomb and fends off phone calls from Ghalib – a wealthy septuagenarian with political ambitions, whose affairs with a rotation of teenagers from the local village are tolerated by families that depend on the goodwill of this modern-day feudal patriarch. Sheikh's character studies offer some intriguing perspectives on their world, although lapses into hyperbole and overexplaining weaken her effect (after Adeel flexes his bicep, do we really have to be told that "He had silently indicated his strength to the driver"?).

Indeed, though there is some pacey, compelling writing, there's also much that is heavily expository, with dialogue tending toward the stilted (including one bizarre conversation between Ghalib and his psychiatrist on the subject of his pederasty). While Sheikh writes with evocative precision in some places, she leaves several significant points unexplained. We never learn what informs Ghalib's obsession with the Bamiyan statue, while Sheikh's explanation for the artifact's strange power over Adeel remains frustratingly vague. When Adeel rescues Norbu, a Balti girl and fellow runaway, she is also entranced by the stone Buddha. Her Tibetan blood may have something to do with this: Her ancestors were Buddhists, and Sheikh implies a mystical connection between the girl, the statue and Adeel.

Sure enough, a road romance develops as Adeel and Norbu do what they must to survive, whether that involves building a lean-to in the woods or posing as jihadis for the local Taliban. And when Khalid decides to send his own son in pursuit of Adeel and the lost statue, the chase enters a new phase, as each character is forced to consider how much he is prepared to sacrifice to close the deal. In the final sections, Sheikh delivers some powerful dramatic blows as well as prescient glimpses into Pakistan's future (a protest rally led by Canadian-Pakistani politician Muhammad Tahir-ul-Qadri, in which Qadri is lifted onto the stage in a bulletproof blanket, features in a late scene) – but these fail to make up for otherwise tritely redemptive endings for the principal characters.

It is unfortunate that such a promising concept is let down by writing too often lacking in subtlety. Tears "roll down" cheeks, four-year-olds "lisp" their questions and lives are "turned upside down." A keener – or less time-pressed? – editorial eye might have prevented things from happening "at 10 a.m. in the morning," or characters "dicing turnips into julienne strips."

Sheikh's narrative, like the places she describes, is in many ways vibrant and compelling, not to mention ripe with potential. The Place of Shining Light is a timely novel, ending with references to drone strikes and honour killings – it's just a shame that more time hadn't been spent honing it into a finer piece of art.

Trilby Kent's latest novel, Once, in a Town Called Moth, will be published next year. 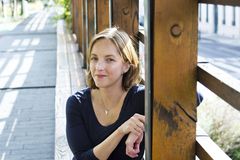 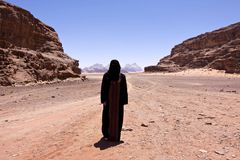 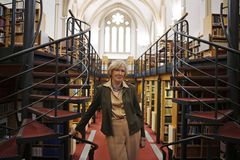