A boy distracts his parents as their society crumbles around them with a story about his escapades in the bardo. As a new American civil war brews on the surface, a girl deep underground plans her escape.

Two novels published this fall look at fictional cults in collapse, a subject that might at first suggest an invitation to revel in sordid detail, though reading these books side-by-side leaves a different impression. New Pond, Me., the society in Oisin Curran's Blood Fable, is ostensibly Buddhist; Father Ernst's bunker in Kristyn Dunnion's Tarry This Night, ostensibly Christian. They might differ in expression – in music, New Pond's guru, Willard, favours improvisational-jazz performances that prove all life is suffering; Father Ernst, meanwhile, prefers hymns celebrating martyrdom and death – but their mechanics are the same sad catalogue of abuse, exploitation, severe power imbalance and loss of personal identity. No cult is truly original.

What's most striking about these two novels is their author's similar decision to set the story in the period past the cult's height, a time when the group leader's charm no longer suffices and the original utopian vision reveals its dystopian face. Utopia has a lot to do with what happens in these novels (both of them reference the Garden of Eden): the shared sense among followers that paradise lost can be regained, the missing sense that every utopia is another form of tyranny.

Myles, father of our then-11-year-old narrator in Blood Fable, is in fact a graduate student in English literature enamoured of Paradise Lost. The year is 1980 and New Pond is falling apart. At the same time that Willard's behaviour grows increasingly erratic, the narrator's mother, Iris, receives a cancer diagnosis that draws the family further out of the community. Where once they lived in self-effacing poverty imposed by New Pond's back-to-the-land ideology, Iris's medical bills now place them in severe debt.

Spliced through Blood Fable is a parallel story, the blood fable itself. Reading as a cross between Journey to the Centre of the Earth and the Bardo Thodol, the fable is, in the saddest of ways, the narrator's justification for his own existence.

The idea of the mutually reinforced lie is central to Blood Fable. One November day in 1980 a bad actor wins the role of his life in a landslide presidential victory. Ronald Reagan's win baffles Myles: "People just want somebody who will tell them what they need to hear," he says. But Iris knows Willard's no different. This family, this community, this country – so many in Blood Fable ask the same thing: lie to me.

The word paradise has its etymological roots in "a walled garden." In Dunnion's Tarry This Night, nothing grows in Ernst's bunker: Few of the children born there are alive by the beginning of the novel and dwindling supplies have forced Paul, the latest male tasked with the role of "provider," to go topside to forage for food.

Father Ernst's bunker and what is euphemistically called "the Family" do draw several comparisons to a twisted version of Eden, however. Ernst heavily circumscribes the lives of everyone in the Family, especially the women. The immediate area outside the bunker, once lush farmland, is now desert – the result of a terrorist attack that Ernst launched simultaneously with going underground. Boys inexplicably disappear from the bunker as they approach manhood; "I alone am Adam," Ernst says. The Doctrine, Ernst's set of rules for Family life, places heavy emphasis on the reward of God's Garden – but God's Garden is in the afterlife.

And thrumming through Tarry This Night's female characters is the Jewish mythological figure of Lilith, Adam's first wife and equal, who refused to return to the garden because she would not submit to him.

Tarry This Night unfolds from multiple perspectives: the "cousin mothers" Ruth, Susan and Rebekah as they starve; Ernst, gripped by delusion; and topside, Paul foraging for food. This last narrative offers the reader a significant release from the oppression of the bunker. Willard is an abuser, no question, but Ernst is responsible for harm on another level, including incest (not explicitly described), cannibalism, and murder in the thousands. Considering the current American political context, Tarry This Night, set in the near future, clearly highlights the threat posed by the fundamentalist Christian right. Dunnion, like Curran, has an unfortunate number of real-life examples to extrapolate from.

For New Pond and the Family both, the collapse, when it comes, is swift. Paradise lost, if it was ever fleetingly regained, is lost again. Followers suffered, but some also benefited for a time. The questions Curran and Dunnion leave us with: What was the price of silence? And what to do with this vicarious culpability? 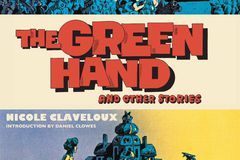 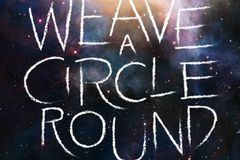 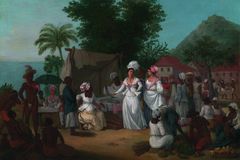