Pride and Prejudice and Zombies hit cinemas recently, as did The Revenant, and perhaps Richard B. Wright caught the resurrectionist whiff in the air. His new novel, Nightfall, reanimates characters from 2007's bestselling October, in which James Hillyer runs into an unsettling figure with whom he'd once done teenage battle over a girl, and ends up watching the man's assisted suicide. In the new book, James, elderly and alone, decides to dig up his own past, seeking out the girl, Odette Huard, having not laid eyes on her in some 60 years, not knowing if she is living or dead. Why do it? James can't answer. Nor can the book, beyond its powerful insistence that some things don't die, and can't be allowed to.

Wright clearly wasn't ready to let the previous book go gentle into that good night. Nightfall actually lifts some passages straight from October, hoping, as the Author's Note says, "to clarify the relationship between James and Odette at quite different stages in their lives." This repetition makes for an intriguing take on the nature of aging memory, in all its loops and replays and longings for do-overs. October may be the stronger novel of the pair, but Nightfall is the more affecting, an unblinking stare-down between youth and age.

In fact, though its jacket copy calls it a story of "enduring love," Nightfall provides deeper portraits of solo minds than of relationships. James is an ink-wash image of loss in slow motion – he's lost his wife and daughter to illness, his old acquaintance to suicide, his son to estrangement, his job to retirement, his interest in life to grey melancholy. The clock ticks quietly in Wright's calm, even prose, and James feels it. The sudden thought of Odette is the alarm sounding, ordering him to wake up from zombiehood before everything is gone.

Odette herself is not just a figment of James's obsession, but the story's scarlet heart. Wright's shifts in perspective let us into her mind and her long life. She's a fairy-tale princess in some ways, having begun as a hotel-cleaning Cinderella in Gaspé all those Octobers ago, and now an aged multimillionaire in a great Quebec City house. But she's thoroughly human, drinking and spouting off, caring for her developmentally disabled sister Celeste, and trying to fend off Raoul, her long-time on-off partner who now has Alzheimer's and still wants a piece of her. Her reactions are terribly real; by now she has "forgotten" his rages, "or could no longer be bothered. Yet a part of her pitied him." Some of her thoughts on love, especially toward the book's end, are sharply, marvellously drawn. Yet despite our close-up gaze and the men's ruminations about her, she remains somewhat mysterious, and this is her charm. As Wright shows, the past doesn't cough up all its answers just to please us.

We see into Celeste's mind too, and Raoul's. The book is very good on his past, but fades somewhat when it tries to inhabit his confused present-day mind. His obsession parallels and twists James's, providing another snapshot of what can happen when you fail to let go. But let go he can't, and he provides the novel's climax, though in the end he's a walk-on part. Throwing off his and James's sometimes vampirish attempts to feed on her life, Odette is the star of this show. Wright won several major Canadian literary prizes (including the Giller and the Governor-General's) for his astounding Clara Callan in 2001, and Odette is a similarly captivating early 20th-century female character. One has the sense she's the one who fought her way out of the past to get this quietly dynamic book written, haunting the author until he did.

The novel is gracefully composed, though its final envoi feels extraneous – an unusual case of leaving one wanting to know less about the story's end. But the book is full of masterful scenes, particularly one at the church of Sainte-Anne-de-Beaupré, where the characters gaze at the wall of canes and crutches cast off by healed believers. A bittersweet date venue for two elderly lovers, it's a reminder of the things and hopes we hold onto to get ourselves through life. Can we all throw down our crutches and walk again? Can we all disinter our pasts and be reborn? Is belief in love all we need? No, as Wright tells us. But we can go back in order to go on. James's favourite book is The Odyssey. In the end, Odysseus and Penelope found one another, and themselves, again, too.

Richard B. Wright: ‘What did I do all those years ago that I might have done better?’
September 11, 2015 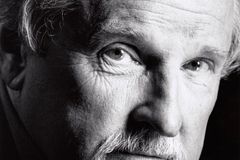 Book Review
Review: Richard B. Wright tells the story of how he became an author in A Life with Words
September 18, 2015 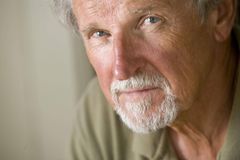 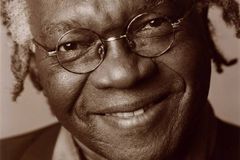