The real threat to civilization as we know it, it turns out, isn't melting ice caps or zombie pandemic but the disappearance of sleep. So argues writer and provocateur RM Vaughan in his extended essay Bright Eyed, making a compelling case for sleep as the inevitable casualty of our 24/7 culture and for insomnia as the banner affliction of our time, like neurasthenia for the late Victorians or leprosy for the early Christians.

Vaughan, a lifelong insomniac himself, is right to be concerned. Rats, deprived of sleep, start to die off within 11 days. That, coincidentally, is the longest any human has ever gone without sleep, though the record for going without food, for instance, stretches to many months. Given, then, that sleeping seems more essential to us than eating, why does it remain so undervalued and so misunderstood?

Part of the problem is how long it has taken for the study of it to gain traction. Until the discovery of REM in the 1950s, sleep had mostly been dismissed as the simple absence of waking that Aristotle had defined it as some 2,400 years earlier. As it turns out, though, sleep is far from some mere holding pattern; it lights the brain up in mysterious shifting configurations all night long and encompasses states of consciousness that are as different from each other – REM and NREM, or the hallucinatory rush of images at the first onset of sleep – as from waking itself.

While the dust hasn't settled yet even on the fundamental question of why we sleep at all, this much is clear by now: We ignore sleep at our peril. Apart from the basic function of resting the organism and allowing its night workers to go about their cleaning and repairs, sleep seems to play a role in everything from memory formation to problem solving and even the creation of identity itself. Dream of playing those difficult piano notes you haven't quite mastered, and chances are in the morning your Moonlight Sonata will have improved. Lop off your last REM cycle to catch an early plane, and some insight that had been building in you the whole night might never reach fruition.

Given these complexities, the risks of monkeying with sleep seem pretty high. Researcher Rosalind Cartwright has argued, for instance, that a crucial role of sleep is to downgrade the resentments and frustrations that build up in us over the course of a day, through a process that relies on the interplay of deep sleep and dream that makes up a normal night of sleep. People with disrupted sleep patterns, as a result, tend to have higher rates of depression and greater difficulty adjusting to life changes.

Occasionally the consequences can be fatal, as in the case of the sleepwalker who killed his wife of 20 years by stabbing her 44 times or the one who drove across town and murdered his mother-in-law. According to Cartwright, such episodes almost always occur early in the sleep cycle, before the brain's night work has had a chance to smooth the rough edges off the day's humiliations.

Which brings us back to civilization as we know it: If Bright Eyed is right and we are moving toward a culture where we sit glued to our screens increasingly unwilling or unable to sleep because we are afraid of losing some competitive edge or are gripped by what one of Vaughan's interviewees calls "FOMO," fear of missing out, then what society of depressives and murderers and grouches are we headed for?

The writing is already on the wall. In developed countries, as many as 75 per cent of adults report some type of sleep disorder, ranging from the restless leg syndrome Vaughan describes in gruesome detail in Bright Eyed to sleepwalking, sleep apnea, sleep paralysis, night terrors, teeth grinding, bed-wetting, and sexsomnia. In REM sleep disorder, the switch that normally shuts our muscles off during dreams to keep us from trying to act them out fails to function, so that people find themselves punching their partners or jumping out of windows. With cataplexy, an offshoot of narcolepsy, the opposite happens, the REM switch misfiring during waking and the body suddenly collapsing in a heap like the Twin Towers.

Whole industries have been built up to service these afflictions, though their marketing has run well ahead of their science. Any sleep expert will tell you the folly of treating chronic insomnia with sleeping pills, most of which, like cocaine, operate by a law of rapidly diminishing returns. Yet that hasn't stopped the meteoric rise in their use. Then even those pills that seem effective often amount to little more than firing a shotgun at the brain and hoping something hits the mark. Modafinil, a so-called "smart" drug that promotes wakefulness and is already in wide use among soldiers and pilots and emergency doctors, comes with this warning: "As with many medicines affecting the brain, the mechanism of action of this medicine is not entirely known."

What we may be headed for, Bright Eyed suggests, is a two-tiered world where the rich find the ways to maximize profits and minimize sleep through wonder cures while the rest of us labour in a slave economy of the perpetually sleep-deprived, growing forever dimmer and duller and dumber. Some statistics suggest the effect may already be in process. While we hear more and more of Steve Jobs and Bill Gates-like wunderkinds, as if we were evolving toward some race of godlike super-achievers, IQ scores tell a different story. After having risen consistently in developed countries throughout the 20th century, since the turn of the millennium they have begun to decline.

In my new novel Sleep, the protagonist, a historian whose field is ancient Rome, sees his life begin to unravel after he contracts a sleep disorder that ruins his sleep and turns his days into a perpetual fog. In an effort to feel fully alive again he seeks out ever more outrageous stimulation, until all ethical lines have blurred. Implicit in his story is a comparison between the times he lives in and those he studies, and the question of whether our present world, with its speed and consumerism and need for constant stimulation, has reached the same breaking point ancient Rome once reached, with the only way forward the sort of total collapse that human civilizations have always tended toward.

Despite its occasional rambling and ranting, Bright Eyed makes a good book to curl up with on a sleepless night, even if, like most of us, it gives in a bit too greedily to the apocalyptic impulse. Every era likes to think it is the last one. In this we are all like the insomniacs in Bright Eyed at bedtime, prone to catastrophizing, dreading the worst but also uplifted by the thought that it makes us special. Before we put paid to the human project, however, maybe all we need to set the demons to rest is a good night's sleep.

Nino Ricci's novel Sleep will be published this fall by Doubleday Canada. 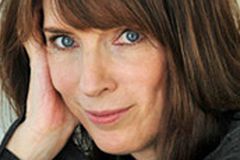