The last time I spoke to Roméo Dallaire was in 2014, after he delivered a keynote address to members of the Canadian medical community. He held his audience, which had gathered at the Banff Springs Hotel, spellbound. But at one point, he confided that he needed a ton of pills just to get through the day. His left hand never left his jacket pocket and despite the smooth delivery of the speech, which was sprinkled with humour, I recognized the titanic effort he invested into looking outwardly calm and smooth – the calling card of a PTSD survivor. As I chatted briefly with the former Canadian senator and general after the presentation, I wondered after his demons and what his time away from the lectern must be like. In General Dallaire's latest offering, Waiting for First Light: My Ongoing Battle with PTSD, he offers us much more than a glimpse into this very question.

Most readers will be well acquainted with Dallaire and his brave work blazing trails on several fronts – from ending the use of child soldiers, to promoting awareness of the Rwandan genocide, through to helping soldiers with mental-health injuries. Dallaire was the military commander of the United Nations Advance Mission for Rwanda (UNAMIR) in 1994, a time when Canada was providing 10 per cent of the United Nations' Blue Beret forces in places such as the former Yugoslavia, Cambodia and Rwanda. The events in Rwanda of April, 1994, nearly defy description – the rejection of an international peace agreement followed by a primeval program of mass murder. The Hutus' Interahamwe death squads presided over the destruction of some 800,000 souls and Dallaire, as the senior military commander, bore witness.

Dallaire reminds us in this account how Radio Rwanda whetted the appetites of the death squads by calling for the Tutsi "inyenzi" (cockroaches) to be immediately exterminated. (The failures of UNAMIR and the international community to prevent this genocide are fully described in Dallaire's earlier book, Shake Hands with the Devil.) He makes the point early on that this offering will not cover that ground again; but, rather will seek to explore what these unthinkable events have done to him.

The narrative is largely chronological, taking us from the point of Dallaire asking to be relieved of his command after the brutality has played itself out, through to eventually being released from the Canadian Forces on medical grounds in April, 2000, and making his way forward outside of the army uniform – an excruciatingly difficult task for the career soldier. Along the way, he describes his evenings, when he is away from the sanctuary of daylight. His nights are full of terror – dreams and recollections over which he has absolutely no control. He describes some of this horror through well-selected flashbacks to his time in Rwanda. So horrific are the events that crashed around the UNAMIR Commander in April, 1994, that they still have the power to regenerate in his mind more than two decades later with "digital clarity." Dallaire's actions were intrinsic in saving 40,000 lives and yet he is haunted by the other hundreds of thousands he was powerless to protect. This despair is poignant in the recurring dream he calls the "dream of eyes." Thousands of eyes, some benign, some accusing, look at him sometimes underwater, like so many "jellyfish in a dark ocean." Other times, they are just floating there in the dark, first one pair and "then another pair and another. … I know these were the spirits of the slaughtered Rwandans," he writes. The courage and intensity of these revelations are deeply personal and unsettling.

What is intended as a major revelation in the book is one that comes as no true surprise for those who served around him – solace found in his capacity for large volumes of complex work. Work for Dallaire is a unique concept. He has long been invested with a ferocious work ethic. I was a captain in the early 1990s when Dallaire was a full colonel. The word across the army in those days was if you worked for Roméo Dallaire, you were going to be working your ass off. He describes in exquisite detail how his manic work ethic provided him a shield from the terrors of PTSD and the horrors of remembrance. Initially with his army work he buried himself in every task, and then went on to absorb countless speaking engagements and worked on numerous legal matters to feed the International Tribunal looking in on Rwanda's aftermath. He compensated for his wounds with 20-hour days. Despite the mitigating effects of his manic work habit on his horrors, it has taken an awful toll. He has never been able to truly shake this defence mechanism.

Dallaire works too hard to reinforce the theme of after-hour horror. Yet it's difficult to accept that he is not festooned with full-on daylight challenges as well. This inner struggle, while in the saddle of workday pressures, would have made for fascinating insight as well. He hints at some of this late in the book when he describes his work as a senator, and his high emotion and trembling when speaking out on important issues. This struggle to contain himself has the unintended effect of making other senators pay close attention to his every word. The PTSD survivor has to be ever vigilant to "keep it together" and the terrors can occur regardless of darkness or light. But this is a minor criticism. His personal revelations of PTSD sparkle. Such confessions as living a "Life in Death," like Coleridge's Ancient Mariner; of feeling as though he is permanently at war; and his admission of being distrustful of his outward performance all ring true.

Readers who are looking for a story of triumph and final slaying of PTSD may well be disappointed. There is no clear victory over a disorder that demands daily maintenance to hold it in check. But there is much here, however, to inspire and nurture hope. Early treatment of PTSD can ensure that many of the walking wounded lead full and productive lives. Dallaire's book is an eloquent cautionary tale about what can happen if PTSD goes unaddressed for too long. He writes in the closing pages that he hopes he has escaped our contempt with his visceral revelations. He need not have worried. This is a valuable and rare look into the soul of one who suffers from PTSD. On this merit alone it will stand as an important read.

John Conrad is a writer from Edmonton and a 34-year veteran of the Canadian Army. His books include What the Thunder Said and Among the Walking Wounded: Soldiers, Survival, and PTSD, which will be published in 2017. 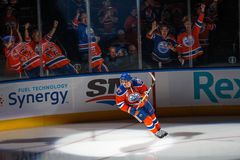 Review
Review: Wayne Gretzky writes hockey’s history in 99
October 21, 2016
Review
Review: Charlotte Gray’s The Promise of Canada and Jane Urquhart’s A Number of Things explore the country’s past
October 21, 2016
Follow us on Twitter @globeandmail Opens in a new window
Report an error Editorial code of conduct
Due to technical reasons, we have temporarily removed commenting from our articles. We hope to have this fixed soon. Thank you for your patience. If you are looking to give feedback on our new site, please send it along to feedback@globeandmail.com. If you want to write a letter to the editor, please forward to letters@globeandmail.com.
Comments