International headlines recently reported that one of Earth's last uncontacted tribes, Peru's Mashco-Piro, appeared to be attempting to communicate with the world outside their Amazon home. Visions of civilizational oneness sealed with pox-thwarting fistbumps dissipated, however, when it became apparent that what the Mashco-Piro actually wanted was metal cooking implements, which they grabbed from a nearby tourist resort before retreating back into the jungle.

A saucepan might seem like a less romantic thing to wager your kingdom for than a horse, but the upshot of Shakespeare's famous line is the same: it's difficult to fathom the desperation of someone who lacks a thing you happen to have a lot of.

In his richly evocative, skillfully paced new novel, which begins in 1526 and spans the first two decades of Spain's conquest of the Inca Empire (70 years before Shakespeare wrote Richard III) Ronald Wright – the Canadian historian whose 10 books include two well-received novels (A Scientific Romance, Henderson's Spear) – often focuses on the Inca's perplexity over the Spanish conquistadors' lust, "sexual in its intensity," for gold, a mineral so abundant the Inca lined their roofs with it. In a scene that, like most here, hews to the historical record, the captive Inca king Atawallpa readily offers the Spanish his palace filled with gold as a ransom for his life, knowing that it can be replaced. Of course, the conquistadors had no thoughts of sacrificing anything for the Inca's riches: the plan was, rather – spoils alert! – to take the Inca's gold and their kingdom.

The Gold Eaters is told from the point of view of Waman, an Inca boy who talks his way, at the novel's outset, onto a trading ship that has the misfortune to get commandeered by the conquistador Francisco Pizarro. The latter's ragged, starving crew slay all aboard save Waman, whom they decide to train as a translator. When, after being taken to Spain, where Pizarro petitions King Charles to take Peru (which the Inca refer to simply as "the World") for the crown, Waman returns home a few years later, it's to empty towns strewn with pustulant corpses, smallpox having laid the groundwork for the conquistadors' eventual prevailing, with fewer than 200 men, over the formidable Inca.

Narratively, it's a brilliant approach: as someone with plausible, nuanced access to both worlds, Inca and Spanish, Waman not only spares Wright the need for more elaborate storytelling devices, the translator's morally paradoxical position as the mouthpiece for his own people's downfall also builds reader-ensnaring tension. The more he's given access to those at the highest levels of power, the more carefully Waman must choose his words. Often, this means ensuring that certain things, such as sarcasm, get lost in translation.

This isn't to say that The Gold Eaters never succumbs to that Achilles' heel of historical fiction, didacticism. When Waman's father explains to him (a.k.a us) the practical benefits the Empire bestows on those who serve it (road- and canal-building! social security! emergency services!), one's instinct is to grab a pencil in case there's a test at the back of the book. As the novel progresses though, Wright brings our sightlines more seamlessly in line with his characters' – enough so that when Waman enters an Inca city for the first time and takes in a doorway, "twice his height made of smooth masonry, the work so massive and precise it looks impossible, as if stone blocks had magically been rendered soft as clay and pressed together in a perfect fit," his awe is very much our own.

The novel resists giving way to easy relativism, though Wright's admiration for the Incas' mind-boggling achievement is palpable, as is the enjoyment he takes in contrasting that culture's salubriousness with the hygienic squalor of its would-be vanquishers – the latter occasioning some memorable lines, like the Spanish "scratching at lice roaming scrotums tight with fear." Indeed, with their louse-ridden beards, rotten teeth and flaking, pale skin, the conquistadors are like something out of a hipster-zombie apocalypse, though by describing them, through Incan eyes, as looking like "the dead, returning from the underworld," Wright opts for less anachronistic terms.

Waman's endurance of his bondage is partly explained by his desire to return home and find his family, including his cousin, Tika, with whom he's in love. The love story is strategic but a bit wan; what really propels the novel is Wright's four-dimensional evocation, as Waman and his horrible bosses incrementally take in its breadth, of the empire itself – not just its archeological wonders and startling, improbable geography but smells and sounds as well.

Amongst themselves, the Inca refer to the Spanish as "barbarians," though whose cultural practices are the most barbaric is at times an open question: Atawallpa, clad in a "velvety coat of batskins," creepily drinks from a cup made from the hollowed-out head of his brother's general (there's a lot of fraternal strife on both sides). That said, if either group had started a barbaric cultural practices hotline, then the Inca, whose enviable mail system could (we learn) ferry a message over 200 miles of sand and snow in a single day, would have surely had the technological edge. 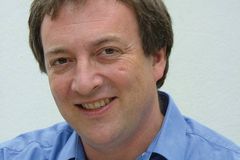 Book Review
Review: Mario Vargas Llosa’s Notes on the Death of Culture is as uplifting as the title suggests
August 21, 2015 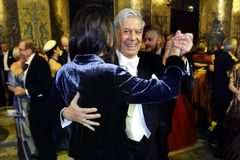