The back jacket of Samantha Hunt's third novel includes, among de rigueur PR bumps from figures such as Kelly Link and the ubiquitous Gary Shteyngart, a blurb from Charlotte Brontë, "speaking through a medium." This metafictional joke operates on a number of levels. First, Brontë's brand of storm-tossed Gothicism serves as a template for Hunt's approach in Mr. Splitfoot, which transplants Jane Eyre's 19th-century England setting to modern-day upstate New York, but retains many of the thematic and narrative trappings of the earlier work. Second, the notion of "speaking through a medium" addresses one of the key concerns of Hunt's novel, which, among other things, involves an investigation into the intricacies of consorting with the dead. And last, the Brontë blurb is, appropriately for the story it putatively promotes, a brazen con job.

Mr. Splitfoot's narrative is divided into two separate strands. The first, which takes place in the recent past, focuses on Ruth and Nat, two adolescents who reside at the Love of Christ! Foster Home, Farm, and Mission (the exclamation point is an essential accessory to the home's name and identity). Described as "a brick bear spotted with mange," the Love of Christ! is run by its founder, Father Arthur, a former musician who has replaced booze and drugs with a strident brand of religious zealotry bound up with a focus on suffering and asceticism. He wears natural-fibre clothing and braids his hair; he also "fetishizes obedience" and is prone to verbal and physical tirades. He is, in Nat's cogent assessment, "part hippie, part psychopath."

Ruth, who sports a scar across her face as a result of her mother throwing bleach at her, adopts Nat as a surrogate sibling after her own sister, El, abandons her. Nat claims to have the ability to converse with the dead, a talent he manages to parlay into a lucrative business after the two fall in with Mr. Bell, a charlatan possessed of a deft ability to separate the credulous from their money. Whether Nat is an authentic conduit for supernatural congress or simply another con artist is one of the abiding mysteries the story endeavours to uncover.

The novel's second strand takes place in the present. Cora, El's daughter, lives with her mother and works as an office drone at an insurance company. Fourteen years after last seeing her, Ruth shows up on Cora's doorstep and insists that the younger woman accompany her on a voyage to an unspecified destination. Much has changed since the two women last encountered each other: Cora is now pregnant by her no-good, married boyfriend, and Ruth has stopped talking. Entirely. The only communication between her and Cora involves gestures and body language, and though Cora is concerned and confused about the circumstances behind her aunt's condition, she agrees to follow her on her obscure journey.

The two halves of the novel proceed along parallel tracks, united by overlapping characters and common themes and symbols that knit the whole thing together a bit too tightly. At the Love of Christ!, Father Arthur is described as "lord of the domain"; the father of Cora's unborn child is improbably named Lord. (There are indications that Hunt herself is unconvinced about this appellation: she has Cora muse at one point, "Weird name, I know.") A reference to the Fox sisters, three 19th-century charlatans who claimed they could commune with the dead, chimes with the names of three ordained sisters of the cloth in the novel's present (a doubling motif that also serves as a comment on the apparent connection between organized religion and con artistry). These details are bound so firmly that the novel occasionally suffers from a kind of constriction: The author has been so diligent in ensuring no loose ends that she has neglected to give her narrative room to breathe.

The specifics of the story find their match in the larger themes – motherhood, abandonment, spirituality, religion – that resound throughout. Etherism, a cult-like religion one character describes as a "mash-up of Mormons and Carl Sagan," is counterpointed by the more traditional, though no less fanatical religion Father Arthur foists on his charges at the Love of Christ! orphanage. The founder of Etherism, a psychotic who dubs himself Mardellion, believed that a meteor would strike the group's redoubt and turn them all into "free light," a notion that finds an echo in a hideous scene involving one character snorting toilet-bowl cleaner as though it were a recreational drug. The brand of detergent? Comet, of course.

Even the book's title has multiple associations and connotations. On the surface, Mr. Splitfoot is the gatekeeper figure Nat must bypass before making contact with spirits from the great beyond. Nat is definitive about Mr. Splitfoot's identity being distinct from that of Satan, though Father Arthur cautions his young charges to beware the "cloven toe," which is explicitly associated with "eternal death." And Hunt is operating in a tradition of American Gothic literature that boasts Flannery O'Connor as a key practitioner; O'Connor famously said that her pervasive theme was the action of grace in territory occupied by the devil.

Whether in the guise of Mr. Splitfoot or much more recognizable human garb, the devil unquestionably stalks these pages, but so do more benevolent spirits, and the novel ends, unexpectedly, on a note of uplift and hope. What is missing is a propulsiveness capable of moving the reader forward over the course of the entire book. The author's attempts to lend the work internal cohesion are too frequently deployed with a heavy hand, slowing down the proceedings at exactly the points they should be speeding up. Hunt has created an episodic picaresque that is undeniably strange and often intriguing, but the isolated parts are frequently more interesting than the unified whole.

Steven W. Beattie is reviews editor at Quill & Quire and a frequent contributor to these pages. 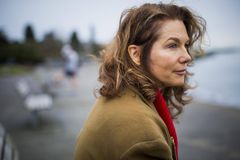