Title
Go Back to Where You Came From: The Backlash Against Immigration and the Fate of Western Democracy
Author
Sasha Polakow-Suransky
Publisher
Nation Books
Pages
368
Price
$36.50

There is a terrorist attack. The perpetrator is a young man who claims the religion, and sometimes has the ethnicity, of a lot of recent immigrants to your country. The attacker, like those before him, is almost never a refugee, and very rarely an immigrant, but he quite naturally reminds you of the refugees you see when you visit the big city, loitering around the streets, collecting dole because they're not allowed to work, or the headscarf-clad immigrant's daughter who works your supermarket's checkout, doing a job that white kids held when you were younger. You wonder if there's a connection between the ideas in the heads of those newcomers (who you don't really know, so can't ask) and the horrors of violent extremism filling your TV screen. Only one group is providing a clear answer, and it happens to be a political party led by people who look and sound like you. Their answer holds a simple appeal: Stop these people. Tell them to go back where they came from. You put aside your reservations and vote for them.

That decision, multiplied by millions of Europeans, forms the underpinning of Sasha Polakow-Suransky's Go Back to Where You Came From. Polakow-Suransky, a former New York Times opinion editor of South African-Jewish descent and considerable fluency in European politics, uses as his starting point the series of election shocks across Europe that turned anti-immigration and anti-minority political parties into serious political players, and sometimes, as in France, brought them to the edge of victory.

This book is, first and foremost, a deep dive into the new nativist, populist politics of France, Germany, the Netherlands and Denmark, the four countries where Polakow-Suransky spent a year researching these movements under an Open Society fellowship. He has produced something badly needed in the English language: a comprehensive and impartial explanatory survey of the people and ideas behind the rise of the politics of intolerance, not just in Europe but across much of the Western world.

By linking Europe's terrorist outrages to its unrelated migratory movements, he writes, these parties have been able to build a potent constituency: "Fear of fundamentalist Islam (which poses a genuine security threat) and animosity toward refugees (who generally do not) have been conflated in a way that allows populist far-right leaders across the world to seize upon ISIS attacks as a pretext to shut their doors to desperate refugees who are themselves fleeing ISIS … As these fears spread, anti-immigrant parties are no longer confined to the political margins."

This is a reported book rather than an argued book. It is built on detailed interviews with scores of far-right politicians and voters, their opponents and the public thinkers who seek to explain or empower the new parties of xenophobia. As such, it tends to build its case by ping-ponging between dialogues with extremists, voters, scholars and mainstream politicians, gradually assembling a set of patterns and responses while allowing the author's interlocutors, however extreme, to have their say.

It also contains some fascinating but largely parenthetical chapters on Australia (whose very extreme politics of refugee segregation have become a model for the European far right) and South Africa (where the strikingly similar anti-immigrant politics of the black community suggest that these ideas are not always purely the domain of white voters). But this book's strength is its window into Europe's voices, past and present, and the links the author finds between them.

Polakow-Suransky, whose first book, The Unspoken Alliance, examined the unsavoury links between Israel and the South African apartheid regime, is very good at identifying the networks of ideas and influences that link seemingly disparate movements and thinkers. Here, he finds that the politicians and agitators behind Europe's new anti-Islam, anti-immigration parties – many of whom today claim to be pro-Israel and philo-Semitic – are in fact using the same ideas, and largely the same targets, that animated the anti-Jewish European politics of the 20th century.

In many cases, including his interviews with leaders of France's National Front, he finds they have not fully abandoned their anti-Semitic roots, nor do they want to. The influential anti-immigrant Dutch MP Thierry Baudet makes the rather extraordinary claim that "there are not many examples of successful integration of different ethnic, cultural, religious groups into societies" – and then offers, as his key example, his claim that "the Germans tried to integrate the Jews for a thousand years" and supposedly failed.

Even among the supposedly respectable anti-minority thinkers of Europe, such as France's Alain Finkielkraut and Holland's Paul Scheffer, he finds a willful blindness to the anti-Semitic roots of their ideas. Both thinkers make the claim, popular in Europe today, that Muslims are different because they are linked to violence – deliberately forgetting that past-century horrors such as Kristallnacht were the product of political parties inflaming public intolerance around incidents of Jewish violence that were equally unrepresentative of the wider people. "Finkielkraut and Scheffer seem to forget Kristallnacht – and that fears of radical Jewish communists … were once used as a pretext for denying entry to Jewish refugees fleeing Eastern Europe … Muslims have replaced the specter of the International Jew in mainstream discourse."

The most potent fuel for anti-immigrant politics is not the ideas, but European policies that too often turn refugees and immigrants into the very stereotypes of non-inclusion that the parties draw upon – specifically, European policies that forbid refugees from working, or immigrants from working or starting businesses until they've learned the language. Thus, millions of brown newcomers are consigned to idleness and welfare dependency. As one Danish mayor says, "Immigrants can't do right. When they're unemployed, they're a burden to society. When they're in a job, they just stole a job from a Dane." An activist rabbi tells him: "If refugees could work, it would change everything."

Polakow-Suransky has not written an optimistic book – he believes that the political disappointments meted out to these parties this year in the Netherlands, France and Germany merely delay a larger rise in the politics of xenophobia that risks overtaking the West and threatening its democratic foundations (as an American, he knows too well the visceral realities of this, and his book ends by offering Donald Trump's victory as a spectre for other countries). To the extent that he offers solutions, they lie not in the world of ideas but in the on-the-ground realities of minorities and migrants in the West: By creating real equality between struggling, excluded newcomers and angry, alienated working-class voters, more moderate politicians can create a reality that will render obsolete those ancient fears of minority invasion.

Doug Saunders is The Globe and Mail's international-affairs columnist. His most recent book is Maximum Canada: Why 35 Million Canadians Are Not Enough. 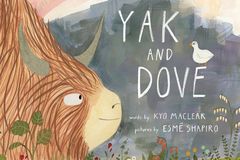 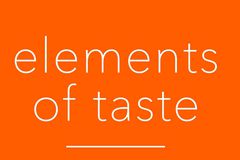 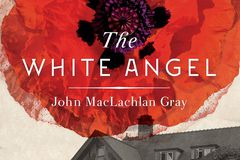