It is somewhat jarring to find yourself blurbed on the cover of the book you are currently reviewing.

In 2010 I had described Toronto-born Shilpi Somaya Gowda's first novel, Secret Daughter, as "emotionally poignant" in a review for this newspaper; more aptly, it felt like the epitome of "mom-lit." I also called it "rather uneven."

Secret Daughter aimed hard at the heart, telling the story of the love of two mothers – birth and adoptive – for a young woman, born in an Indian village and raised in California. It became a North American bestseller. Despite its obvious signposting, for someone like myself who admittedly cries at a certain kind of Tim Hortons commercial, the tears did come.

With The Golden Son, Gowda, who now lives in California, has moved away from the focus on mothers to adult children. Another bicultural story, this novel is set once more in the United States and India. Her specialty is a formula based on parallel stories made up of a not-so-subtle mix of tragedy and hope, and then more tragedy and more hope with a few more obstacles and mishaps thrown in before a happy ending.

This time the intertwined stories belong to Anil Patel and his childhood friend, Leena. They grew up on adjoining farms in rural Gujarat – he living in the Big House as a member of the village's most respected family, she, the daughter of a tenant farmer. He is, of course, the eldest and cherished son, who is ordained to become a doctor and future patriarch of the family.

Anil is ambitious; he leaves India in search of the best training possible, at a Dallas hospital as a medical resident. Gowda provides a glimpse into the life of Indian immigrants as he moves into a shared apartment with fellow compatriots, an IT consultant also from Gujarat and a Punjabi electronics store employee. His first tragedy is the death of a patient on his watch whose severity of symptoms he misreads. Soon after, his father unexpectedly dies. He returns home without hospital permission where he realizes he has inherited the role of village arbitrator.

Meanwhile, Leena's fate is much more different and difficult. Her wedding is arranged thanks to an illegal and expensive dowry, and it soon becomes obvious that the supposedly "good family" she has married into is not who they seem to be. While she enters the marriage with hope, its lovelessness becomes the least of her worries, as she misses hints about the family's predatory plan to pressure her family for more money. Their inability to keep up with such demands leads to an "accident" and she must flee back to her parents, severely injured and in disgrace.

The Golden Son is larded with its fair share of simple metaphors: Anil carries a chess piece that reminds him of his father and "to choose wisely before you move"; Leena begins her life anew, easily finding a profession to support her mother and herself as a potter, moulding rough and wet clay into a new future. And yet, Gowda can write up moments that break your heart whether it is when Leena's mother first sees her daughter on her return or when Anil learns from a woman dying from cancer that medicine is not just about technology.

The two friends' stories eventually reconnect on one of his trips home where he rediscovers Leena despite their divergent lives (he starts a medical clinical in the Big House where, through his sister, Leena becomes an assistant). And finds out how his family contributed to her family's troubles.

Yet as Anil bounces back and forth between Dallas and the village, he finds himself facing the immigrant's dilemma: Where does he really belong? "Not only was it impossible to truly belong in America, but he didn't fit here any more. He was a dweller of two lands, accepted by none."

Family back home beckons as does independence in America despite its hidden hierarchies, occasional violence and racism such as when local thugs beat up one of the roommates (while yelling "Osama").

As Anil matures, he realizes that America is not the meritocracy he thought it was but "was just like everywhere else." It's the kind of realization that occurs to characters who are thoroughly decent, even complacent. No one has any quirks to their personalities; they are merely beset by events outside their control, saving themselves only when they become actors in their own lives.

The Golden Son combines the immigrant novel with a fascination for the insecure and dependent lives of rural women in India. The book does not finish with the most predictable ending, but a version of happily ever after does take place. And yes, it evoked a few tears, too.

Piali Roy is a freelance writer in Toronto. 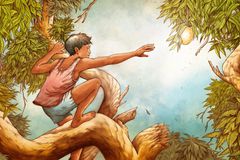 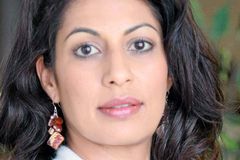 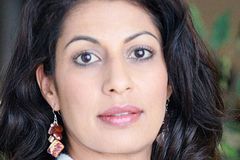