Earlier this year, Jennifer Doudna, a molecular biologist at UC Berkeley who is known for her role in developing the revolutionary gene-editing technique called CRISPR, got a surprising e-mail from her neighbour. It was a link to a do-it-yourself CRISPR kit on sale for $140 US.

The site included an enticement that until recently would be taken as droll science fiction. "Note to BioHackers: Each Kit comes with all sequence and cloning detail so you can perform your own custom genome engineering."

Even Doudna, a recent winner of a Canada Gairdner International Award, expresses amazement at the pace, scope and accessibility of the new genetics. In the few short years since she and others got CRISPR to work, the manipulation of genes has become something we can play with at home in our spare time. It's this newfound capacity, with all its ethical ramifications, that makes Siddhartha Mukherjee's latest book especially timely.

Mukherjee is a physician and assistant professor at Columbia University whose history of cancer, The Emperor of All Maladies, won him a Pulitzer Prize in 2011. A gifted writer with knack for storytelling, Mukherjee managed to translate his insider's view of cancer medicine into a memorable read.

With The Gene: An Intimate History, Mukherjee is attempting to capture something far larger. Genetics is not just a field of research, it is the overarching framework that spans the life sciences and the key to heredity and identity. Where cancer provides a rich world of material for narrative treatment, genetics throws in the entire biological universe.

The implications of recent discoveries in genetics are almost too vast to fathom. CRISPR has already been successfully tested with human embryos, which means it's now a relatively easy matter, in principle, to introduce changes into our DNA that would be inherited by future generations along with whatever unintended consequences those changes may bring. Add to this the opportunity to better tailor food crops and livestock to suit our purposes or to rapidly drive deleterious genes into wild populations we would rather not have to deal with (like malaria-transmitting mosquitoes for example) and it's clear we have achieved an unprecedented level of mastery over the biological control systems of the planet.

This explains why CRISPR has ignited a fresh round of debate about genetic experimentation, and why the issue is here to stay. At press briefing in Washington D.C. last February, Doudna described the heart-rending letters she routinely receives from those whose are desperate to escape or to rescue a loved one from a DNA related ailment. The impulse to relieve suffering and improve life ensures that the genetic genie scientists have uncorked is never going back in the bottle.

For all that, public perception has not caught up with what is happening in laboratories around the world. We underestimate the creativity of science while overstating its novelty. Researchers are accused of "playing God" by those who ignore the thousands of years of selective breeding of plants and animals that has made civilization possible. Genetically modified crops are labelled unnatural as though nature is not an ever changing series of accidents and contingencies.

The conversation could benefit from a more thorough understanding of how we got here and how some of our intellectual predecessors were presciently correct and others horrifyingly wrong about the meaning and application of genetic principles. Mukherjee jumps into this gap with characteristic eloquence and in the process delivers another terrifically engaging book.

Unlike evolution, a subject repeatedly visited by some of the most widely read scientist-authors, molecular biology has inspired far fewer best sellers. The reason may come down to finches and forests being more approachable for non-scientists than the alphabet soup of chemicals that populate our cells. Mukherjee overcomes this barrier by training his writer's eye on the cast of characters that revealed what genes do and how they do it.

The story opens in an abbey in Brno. Now a city in the Czech Republic, Brno was once part of the sprawling Austrian Empire. Its modest Augustinian monastery would have long since faded from collective memory had it not been the place where, in 1843, a 25-year-old son of peasants named Gregor Mendel arrived in search of a vocation.

Ordained in 1848, Mendel was a disaster as a priest, with neither the charisma nor the linguistic skills to inspire a flock. Aiming instead at a career in teaching, he repeatedly failed the qualifying examination in the natural sciences. When he was asked to describe and classify mammals, Mukherjee tells us, Mendel's answer was an "absurd taxonomy" that lumped kangaroos with beavers and pigs with elephants.

Yet, Mendel was also a patient and able gardener who raised crop after crop of peas within the abbey's walled confines. He was obsessive in his keeping track of the way traits such as texture, colour and height were passed from plant to seed and the oddly mathematical way that those traits could disappear or re-appear when certain strains were crossed.

His intriguing results did little more than annoy the botanist Carl Nageli, to whom Mendel wrote looking for scientific affirmation. Mendel received none and died in 1884 not knowing that he had taken the first key step toward understanding how genetic information makes its way from parent to offspring. His monumental contribution, re-discovered after his death, is that this information comes in discrete units.

It would be another quarter-century before scientists adopted the term "genes" to give those units a name. But Mendel was the first to perceive their reality. William Bateson, the English biologist who ensured that Mendel's work would not be forgotten, saw even more, including the social engineering that might be undertaken when the mechanics of genes were finally laid bare.

"One thing is certain," Bateson wrote in 1905, "The science of heredity will soon provide power on a stupendous scale; and in some country... that power will be applied to control the composition of a nation."

The words are as chilling now as they were then, when Francis Galton, a statistician and cousin to Charles Darwin, was advocating for the selective breeding of the healthiest and fittest individuals in order to accelerate Darwin's evolutionary engine for the betterment of the human race. Galton, who was of the same generation as Mendel, nearly lived to see the first International Conference on Eugenics, held in London in the summer of 1912. The event was attended by such luminaries as Winston Churchill, Alexander Graham Bell and Canadian-born medical pioneer William Osler. It was there that Alfred Ploetz, a German biologist, expounded on his racial hygiene theory, as Mukherjee writes "a grim premonition of times to come."

No less disturbing was the presentation by proponents of eugenics in the United States, where compulsory sterilization of the "feebleminded" was soon to become a reality. When the practice was upheld by the U.S. Supreme Court in 1927 it was Oliver Wendell Holmes Jr. who, writing for the majority, argued that "It is better for all the world if instead of waiting to execute degenerate offspring for crime, or to let them starve for their imbecility, society can prevent those who are manifestly unfit from continuing their kind."

From the mansions of America's privileged to the death camps of Europe, what echoes most strongly in the early chapters of The Gene is the profound arrogance that comes with incomplete knowledge. Even as demagogues were co-opting the vocabulary of genetics, researchers were closing in on the truth. It is not genetic purity that our DNA is designed to preserve, but genetic diversity – life's only insurance against an unpredictable future.

Mukherjee nimbly chronicles a succession of scientific milestones across the 20th century as the idea of a gene is gradually transformed from a theoretical abstraction into a working molecular machine of stunning elegance. Each decade introduces an array of extraordinary figures. Consider Nettie Stevens, a Bryn Mawr College biologist who, despite steep barriers to women in science, managed to identify the Y-chromosome as the genetic basis of maleness. Or Alfred Sturtevant, who, as a 21-year-old undergraduate working in the "fly room" at Columbia University, created the first fruit fly gene map, anticipating the Human Genome project by some 90 years. Another fly room trainee, a Ukrainian émigré named Theodosius Dobzhansky, would go on to become biology's great uniter when he tied together the concept of genetic and geographic isolation to reveal the origins of species.

The list goes on. In subsequent chapters James Watson and Francis Crick play their pivotal roles as co-discoverers of the structure of DNA, but they are in context as part of a larger cohort of lesser known but equally brilliant scientists.

Moving into more recent times, the story shifts from form to function as researchers uncover the way the information encoded in genes is literally brought to life in functioning cells and developing of embryos. By the time the book gets to epigenetics – the complex interplay between genes and environment – the landscape is far more complex and the science still very much a work in progress.

Mukherjee is now facing criticism from researchers in epigenetics who reacted negatively to his explanation of its principles in a New Yorker piece that covers some of the same ground as the book. In his rebuttal Mukherjee acknowledges that in the magazine piece he unintentionally downplayed an important process in gene regulation while giving undue weight to a notion that most scientists consider more speculative. The controversy underscores the perennial challenge of science writing: how to illuminate the heaviest of concepts with the lightest and tightest of prose.

As Doudna and CRISPR take the stage in the book's final chapter it's apparent that there is no tidy ending to this epic. Indeed, the most interesting and controversial developments in genetics are quite likely still ahead of us – perhaps closer than we think. But it's hard to imagine how anyone trying to comprehend the current state of a rapidly advancing science will be able to do so without a firm grasp of the journey that Mendel initiated so long ago in his garden at Brno. 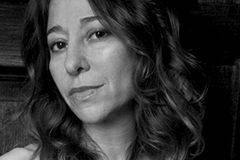 Book Review
Review: In Ice Diaries, Jean McNeil is haunted by her time in Antarctica
March 18, 2016 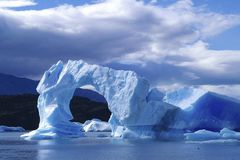 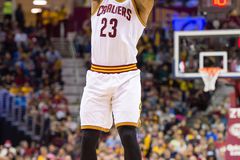