There's a scene in the 1975 Arthurian parody Monty Python and the Holy Grail in which townsfolk in some festering, 10th-century English backwater accuse a woman of witchcraft. The presiding magistrate, Sir Bedevere, employs a twisted sequence of pre-Enlightenment "logic" to definitively prove whether the woman is indeed a witch. The sequence runs as follows: Witches burn and so does wood; wood floats in water and so does a duck; therefore, if the woman weighs the same as a duck, she's undoubtedly a witch and should be justifiably burned at the stake.

As I say, the governing logic is bizarre and comically absurd. But reading Stacy Schiff's new book about the 1692 Salem witch trials, it doesn't seem that far afield from the stubborn, villainous rationalizations that determined the fates of accused witches, wizards, sorcerers and other innocents presumed to have forged pacts with the devil.

To stand before the courts of colonial Massachusetts accused of witchcraft was in itself a damning sentence. "Witchcraft inscribed a vicious cycle," Schiff writes, "its allegation generating witch-like behaviour." To appear exhausted or impudent or to not weep before the courts was a sign of witchcraft. To not speak perfect English was proof that the tongue had been tied by Satan. To deny a belief in witchcraft was perceived as a way of subtly advocating for it. Even a watertight alibi was no excuse. Being somewhere else entirely at the time when you were accused of "communing with the devil" meant nothing, when the devil was capable of spiriting the soul away to some unholy sabbath in the New England woods, while the physical body attended dutifully to one or another chore.

The first person executed for the crime of witchcraft, Susan Bishop, protested in court that she couldn't be a witch because she didn't even know what a witch was. It's the sort of seemingly sensible defence that played right into the counterintuitive thinking of the trials. For if Bishop didn't know what a witch was, how could she say for sure that she wasn't one? As Schiff writes, "[W]hen diabolical machinations were what you were watching for, they quickly became what you say. Amid glaring accountability, witchcraft broke up logical logjams."

As The Witches makes abundantly clear, the judicial process governing the Salem witch trials produced feats of argumentative gymnastics, with magistrates stretching their thinking in order that they may stay one cloven hoof ahead of Lucifer himself. The authorities were just as swept up in the madness of mass hysteria of the witch trials as the Puritan, God-fearing public of the Massachusetts Bay Colony. In this sense, Schiff captures the mood of a rarefied historical moment: that yawning chasm separating the medieval Dark Ages from the so-called Age of Enlightenment.

In hindsight, history gets compartmentalized into eras and chapters with clean delineations. The reality is much more complicated, as reality tends to be. To borrow an analogy from Marx: Every old society may be pregnant with its successor, but there are birthing pains that come with bearing that new society into existence. The move from the superstition, feudalism and general muckery of the Dark Ages in Europe through to the Protestant Reformation and finally the Enlightenment of the 17th and 18th centuries was an arduous slog.

As Schiff points out, many of the thinkers associated with the Enlightenment's move from irrationality and magical thinking into science and reason were themselves beholden to old-fangled belief systems. Isaac Newton studied the occult and practised alchemy while devising the theory of gravity. John Locke, the great British empiricist, "applied astrology to the harvest of medicinal herbs." Perhaps most appallingly, while political philosopher Thomas Hobbes counted himself a skeptic and brooked no belief in witchcraft or sorcery, he nonetheless maintained that accused witches should be prosecuted for "for perpetuating a blatantly false belief." Some social contract!

The thinking of the period, in both Europe and New England (somewhat ironically designated, given that early Puritan settlers clutched to beliefs more befitting the Old World), was a patchwork of logic and magic, what Schiff calls "a crazy quilt of erudition and superstition." The victims of the 1692 trials – women as well as men, wives as well husbands, children as well as grandparents – found themselves lost between the seams of this quilt, casualties of not just a corrupt judicial system, but of a mass hysteria incited by a toxic form of pseudo-intellectualism.

Schiff's book itself is less a patchwork than a nimbly woven tapestry, drawing together exhaustive research and the author's own keen insights and being carried along by her effortless prose. She digs into the nitty-gritty of the witch hunts and confessions, while questioning some taken-for-granted assumptions about the proceedings – such as her suggestion that witchcraft was conceived not as some protofeminist, gyn/affective community of women (as it is commonly co-opted post-The Craft), but as a patriarchal structure that reflected the social hierarchies of the day. She also masterfully illustrates the "awkwardness" that followed in the wake of the trials when the imprisoned and accused returned to their communities to mix and mingle uncomfortably among their accusers.

The Witches is a book as sensitive to the practicalities and banalities of the colonies as the grander intellectual and religious forces that conspired to propel one of America's earliest, most memorable and vicious ordeals. Like all historical traumas, the Salem trials linger in the imagination because they seem like nothing less than the structural collapse of the whole project of humanity; a failure of civilization itself. The evil that men do has a way of diabolically disguising itself in the trappings and suits of logic, reason and civility. But, in the end, such twisted, toxic rationales jury-rigged to justify barbarism, cruelty and the highest forms of inhumanity amount to just so much proverbial duck-weighing. 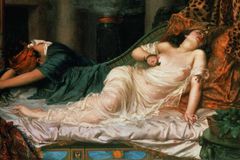 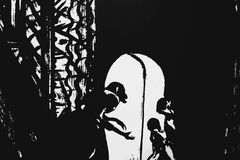