Soho Press, 400 pages, $33.95In the current climate of #MeToo, it has become clear that there is a power imbalance between the sexes and that achieving legitimate gender equality is still an uphill battle. And reading a work such as The Widows of Malabar Hill, Sujata Massey's 13th novel and the first in the Mystery of 1920s Bombay series, is a good reminder that some women have had to travel much further than others to reach a point where they can even discuss equal rights – and that going backward is not an option.

Perveen Mistry has all the pluck you want in a sleuthing lawyer, as well as a not-so-surprising – but decidedly welcome – proclivity for poking her nose into the business of others. The pages do indeed fly, but this character's lineage adds delicious weight to the proceedings, for Perveen is based on Cornelia Sorabji, the only female lawyer in 1920s Bombay. This was a woman who laboured alone for many decades in the courts of India – in states that didn't ban her from presenting cases, that is – to help give women a legal voice. In particular, she was concerned with the lack of legal representation afforded women living in purdah, a social and religious form of seclusion practised by some Muslim and Hindu communities in South Asia.

Perveen, daughter of an established Zoroastrian family in Bombay, works alongside her father, Jamshedji Mistry, a progressive man whose lifelong dream has been to have his daughter work with him at the family law firm. Why he wants this for her is one of the most heartwarming aspects of the novel, and is slowly revealed along with many other details that make this family one I plan to follow through as many storylines as possible. Although Perveen can't appear in court, she can perform casework and deal with client file details. Her keen eye both for legal specifics and for potential human-rights abuses leads her to conclude that what at first appears to be a simple matter of a deceased husband's estate being dispersed among his three widows – who happen to live in full purdah – is anything but. As the true complexity of the case is revealed, as well as the intricate manoeuvring involved with interacting and communicating with women living in such strict seclusion (let alone attempting to provide them with legal representation), a murder takes place that almost any of the characters could have committed.

The story of the three widows and their children, who lead such an isolated existence in a bungalow on Malabar Hill Road, is parcelled out in tandem with Perveen's own story about a disastrous past she very nearly did not escape. Her tale is one that is just as absorbing as the murder mystery and has a quiet power all its own. Each thread is carefully paced; Massey clearly knows just what she's doing, which is giving readers both a captivating whodunit and a lasting base for more books featuring this same cast of characters. Massey is also making a case for gender equality, religious tolerance and racial harmony and it's a lovely thing that she does so with such understated persistence – like any good lawyer would do, come to think of it. You hardly know you're being convinced until you are. (Of course, this is a reader who does not need any convincing about any of these matters.)

Perveen's backstory has to do with a failed marriage, but this is no typical love story gone sour. Societal constraints won't allow for that – and the alarming reality of what a marriage contract meant in 1920s Bombay and Calcutta – and what it can still mean in the present day – is enraging and sobering. Each morsel of information about Perveen's past choices is delivered by the author's sure hand and balanced by accounts of the lives of the widows, whom Perveen is tirelessly working to protect even as she realizes she might be the one who needs protection, yet again.

In every instance, all sides are presented, whether the matter is a woman's choice to live in seclusion or the tendency for communities to cluster together based on religion and background. There is a deep and sensitive understanding of why these things just are – and equal depth in the gentle reasoning to reject them. About the limits placed on daily life by the forming of secluded communities, Perveen observes, "The boundaries communities drew around themselves seemed to narrow their lives. Whether it was women and men, Hindus and Muslims, or Parsis and everyone else."

Later, Perveen is pressured by a government official to collect fingerprints from the widows, something the women are protected from by their religious status – unless the person performing the fingerprinting is also a woman. Perveen explains that because one of the widows is now her client, doing so would present a conflict of interest that could end the legal career she and her family value so much. "The police commissioner must begin hiring female constables," Perveen bravely posits to a man with much more power than she has. "Not ask lawyers to do it." Of course, this straightforward request is ignored, but at least she isn't reprimanded or threatened for her refusal to comply with the man's wishes – and this entire scene is a subtle and persuasive argument in itself.

Perveen's strength of character and resilience carry the story through to a dramatic conclusion, as does the admirable nature of her father who, in a cinematic recollection of a courtroom scene, proves himself an excellent lawyer and an even more excellent father in a world where such passionate advocacy on a woman's behalf is rare.

And, happily, although the denouement is wholly satisfying, there is much left unsaid, particularly about some of the supporting cast members – such as Alice Hobson-Jones, daughter of the aforementioned powerful government official and a close friend of Perveen's from her days studying at Oxford. Clearly Alice has a story arc of her own that will likely lead her and Perveen down paths that will offer both entertainment and enlightenment.

Marissa Stapley's second novel, Things to Do When It's Raining, will be released by Simon & Schuster Canada on Feb. 6. 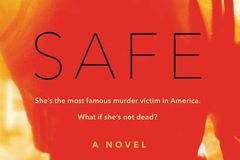 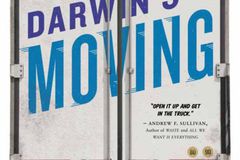 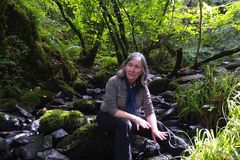