An unnamed girl in a book title is a quick recipe for intrigue. Girl on the Train;, Girl, Interrupted; The Girl With the Dragon Tattoo; Gone Girl and others all centre on mysterious heroines who seem impossible to pin down, making readers wonder, "Who is she?" But this question that propels literary bestsellers also litters internet parody memes in which the enigmatic woman is actually revealed to be an awkward teen with braces, a house cat lounging in pantyhose or a pigeon posing like Marilyn Monroe. The line between scandalous realism and caricature is thin and difficult to tread.

From the title and first page alone, it seems that Toronto author Tanaz Bhathena's debut, A Girl Like That, fits right into the salacious "Who is she?" category. The opening paragraph shows 16-year-old Zarin Wadia and 18-year-old Porus Dumasia hovering over their own dead bodies in the aftermath of a bloody car wreck. This, combined with the cover photo of a girl in sunglasses with bubblegum-coloured lips and a matching pink head scarf, may make you think you can predict the entire plot: a Middle Eastern teenage girl is rebellious, shunned by society and ultimately dies with the boy she loves. But that's just the tip of the iceberg. Zarin is neither the superhuman, possessed girl on fire nor a superficial portrayal of sexy, empowered independence. Her truth? She's fighting like hell against a deep sense of shame that's plagued her throughout her short life.

From birth, Zarin fights an uphill battle for acceptance. She was born to unmarried parents who were both killed when she was a young child. Her estranged father's death was reported as a gang-related shooting, while the death of her mother "was not documented anywhere, except perhaps in a Mumbai morgue."

Zarin was taken in by Masi and Masa, her maternal aunt and uncle by marriage. Unable and unwilling to come to terms with her dead sister's illegitimate daughter, Masi spirals into mental illness, passing her own shame and anger onto Zarin in the form of near-constant emotional and physical abuse. When Zarin moves with Masi and Masa to the city of Jeddah, Saudi Arabia, as a teenager, things don't change. Adolescence makes things even worse. In addition to being a half-Parsi, half-Hindu girl born to an unwed mother, Zarin is now an attractive, outspoken young woman who isn't afraid of the religious police or the laws against fraternizing with males outside the family.

After such a traumatic childhood, is it a foregone conclusion that Zarin takes the supposed "bad girl" route? This is where Bhathena starts to blur and shift our expectations. Many of the things that Zarin does to get her bad reputation – wearing makeup, smoking and dating – are relatively tame by North American standards. But Bhathena, who has previously lived in Mumbai, Riyadh and Jeddah, shows how much higher the stakes are for teenage rebellion in the Middle East.

Zarin's story, set against this backdrop, is a powerful demonstration of how culturally subjective the "bad girl" stereotype is and how girls everywhere have to navigate a society that dictates how they are perceived and valued. Those that read this book and find themselves thinking, "But she has nothing to be ashamed of! The problem is the people around her!" will hopefully be able to apply that same perspective of acceptance and non-judgment to their own lives.

In alternating chapters, we also hear from four other characters that can be broadly classified as one good guy, two bystanders and one villain; as with Zarin, their individual narratives are slippery and defy easy categorization. One of the bystanders, Mishal, fuels a high-school climate of slut-shaming and gossip with a Tumblr account dedicated to spreading rumours. But she is also subjected to the same predatory behaviour from young men that she blames girls for in her online posts. The good guy, Porus, is fiercely protective of Zarin, but also participates in a lynch mob to kill a petty thief on the street.

These supporting characters all contribute in some way to the "bad girl" lore that plagues Zarin, either purposefully through active harm, passively through inaction or unintentionally by attempts to keep her safe. The lack of control that Zarin has over her own narrative is infuriating, but so relatable. Her experiences affirm feelings of powerlessness and frustration that girls across all cultures and religions experience. Still, she remains a singular, fierce protagonist, refusing to give up who she is and what she wants.

Bhathena does something exceptionally difficult and smart in her first book. She draws in readers with an irresistible "Who is she?" premise, only to dismantle it by showing the rarely seen perspective of a teenage girl living in the Middle East.

She exposes the societal constructs that create "those girls" while still creating a reading experience full of suspense and intrigue. Although Zarin's death is a certainty from Page 1, the mystery is in the circumstances surrounding it.

Why did she die? More importantly, what does her death mean? Is it a tragedy? Cop-out? Punishment? Release? Resolution? The answers don't come easy and this is the story of a girl you won't be able to stop thinking about. 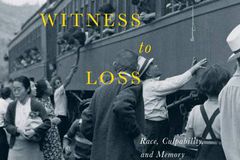 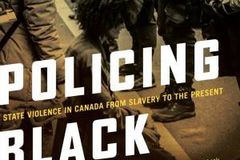 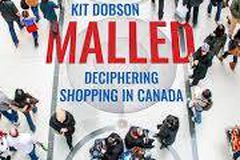