As disclosed in the author's note, Thirteen Ways of Looking was edited and partly written during the summer of 2014, in the aftermath of a grisly attack Colum McCann suffered outside a Connecticut hotel after coming to the aid of a woman who'd been assaulted by her husband. The argument had ended and McCann left, but the husband followed, sneaked up and struck the author in the face, fracturing his cheekbone and breaking several of his teeth. In a sadly ironic twist, McCann was in New Haven attending a conference for a foundation called Narrative 4, which aims to teach "radical empathy" through storytelling. (This irony was not lost upon the author.)

Happily, McCann's talents remain unassailed. Thirteen Ways of Looking, the collection's titular novella, wonderfully showcases his fierce intellect and capacious, empathetic imagination. Inspired by Wallace Stevens's most celebrated poem, the modernist, perspective-shattering Thirteen Ways of Looking at a Blackbird, this novella concerns an aging Supreme Court justice named J. Mendelssohn, a widower and literature lover who, in the twilight of his days, struggles against the weight of his unreliable mind, his even less reliable body and the disappointments of time.

It's immediately apparent that Mendelssohn's brain is lightly scrambled, his tale narrated by a jumble of frustrations, musings, reveries, hypotheticals and recollections. The playfulness of his mind-fizzling yields some lovely Joycean wordplay. Rhymes, literary allusions, failures of memory and hilarious non sequiturs abound and the prose sparkles as a result. Here he is describing his apartment's noisy radiators: "And then whack. Crash bang wallop. Good man, Dante. A divine comedy indeed. Abandon all hope. Jazz in the heating pipes. If only. Wake me up, Thelonious Monk. Come dwell with me in my steampipes." Of his beloved deceased wife, a poetry-loving Dubliner whose maiden name was Eileen Daly, Mendelssohn muses: "Oh, Eileen, I miss you. Daily, daily, daily."

While laying in his own filth, waiting for his nurse to change his diapers, Mendelssohn hilariously ponders the odd convention of putting a single pocket over the left breast of pajama tops ("A spot for the love letters from long ago?"). And realizes, somewhat guiltily, how undeniably apropos it is for the word Juicy to be written upon the seat of an attractive woman's sweatpants.

Mendelssohn is also a regular at Chialli's, a local restaurant, where he shuffles in nightly with his cane. It's there he meets his son, a philandering investment manager annoyingly addicted to his phone. Oh, I forgot to mention that, after their dinner, J. Mendelssohn will be murdered by a punch in the street. (Incredibly, McCann wrote this story before his own attack. "Sometimes it seems to me that we are writing our lives in advance," he says in the author's note). The reader is aware of this because Mendelssohn's story is ingeniously intercut with accounts of unnamed detectives poring over security footage of the doomed judge's final day, trying to assemble the narrative of his murder. The result is a Rashomon-like view (cameras in the street, the restaurant, Mendelssohn's house), where multiple characters are implicated: his nurse, his son, as well as various restaurant employees. These scenes plumb our deeper insecurity in the age of surveillance and inescapable documentation, suggesting that, even with access to every conceivable perspective, we have as little access to the truth as ever.

But much more than the thrill of the whodunit, it's Mendelssohn's recollections, particularly of his deceased wife, Eileen, that cut the deepest. The way she lingers, years after her death, like a painfully sweet aftertaste in her husband's mouth, a taste that never fades.

The 13 ways of looking are performed by the 13-person jury, the numerous cameras that have captured the fatal incident, the various people that populate Mendelssohn's life and the many lenses through which he views his past. Because, when we closely examine a death, we also closely examine a life. While, in the end, the truth of the actual crime remains opaque, our view of its victim is crystal clear and Mendelssohn remains in the mind long after the story ends.

Next is Sh'khol, a modern retelling of the Irish myth of the selkie, a magic creature that takes the shape of a seal when in the sea and that of a human when on land. In these myths, selkies come ashore and live human lives, usually having children or taking lovers, until the longing for their aquatic home becomes unbearable and they disappear into the waves without explanation.

In McCann's update, Rebecca is living with her son Tomas on the Galway coast. Rebecca and her estranged partner, Alan, adopted Tomas at the age of 6 in Vladivostok, where he previously endured some kind of unspeakable trauma (which includes a mild case of fetal alcohol syndrome), leaving him mute.

The story opens with Rebecca giving Tomas a wetsuit for Christmas so he can swim in the freezing bay. But very quickly, he starts disobeying her by plunging farther out than she'd like. "I have, she thought, made a terrible mistake." After he goes missing overnight, she discovers the wetsuit gone, and the town's gears of child-recovery leap into motion. There are some truly tense moments as they troll the bay for the boy (what lost-child search isn't tense?), but the lovely concept and the crackling language are hobbled by a poor characterization of the boy. Selkie stories are about abandonment and how even those we love can be strangers – so what better comparison to draw than with this scarred child? However, as readers we never see Tomas struggle, and he feels distant, as a selkie should, perhaps, but any emotion the story accumulates is sacrificed. Sh'khol is a better effort than the previous, albeit a mostly unexplored one.

The final effort, Treaty is about a non-conforming nun (she smokes!) who spots the televised image of the right-wing paramilitary leader who brutally abused her years ago in Bolivia. The man is now cleaned up, fighting for peace, and she travels to London to confront him and assess whether he's changed. Again, this story has a sketched-in feel, and lacks detail enough to attain the full texture of life.

Given the author's horrible assault, it's impossible not to read this collection accordingly. Each of these stories attempts reconstruction in the wake of horror, particularly in the their fascination with the long, cruel reach of trauma. While the facts are gathered and characters face their abusers, the truth remains slippery, and justice, even more so.

So why is this collection so uneven? One can't help but suspect today's squeamish fiction-buying public, whose fickle taste demands that even a masterfully soaring novella like Thirteen Ways of Looking must be padded into publishability by a trio of parboiled, flightless stories and then ambiguously described as "Fiction" on the cover, all because readers fear to tread beyond their novelistic comfort zone.

Still, regardless of the soggy second half, I'd recommend this book to anyone. Because I'll take stumbling greatness over steady mediocrity any day.

Michael Christie is the author of the novel If I Fall, If I Die. 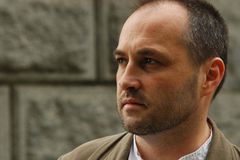 Author Anna Hope on writing: ‘I felt free when I realized I didn’t have to be brilliant’
March 7, 2014 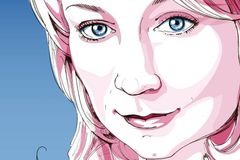