What the F: What Swearing Reveals About Our Language, Our Brains, and Ourselves

In Praise of Profanity

When Philippine President Rodrigo Duterte called U.S. President Barack Obama a "son of a bitch," or possibly "son of a whore," depending on your favoured translation, he must have known he would get his ass kicked six ways to Sunday. In a metaphorical way. Diplomatically speaking.

Obama called his counterpart "a colourful guy" and then cancelled their meeting, the political equivalent of shivving him in the shower. But wait: Isn't this the same Obama who has been known to work blue in his off-hours? Who called the U.S. women's soccer team "badass?" Who listened approvingly to his Vice-President, Joe Biden, saying, when they passed health-care reform, "this is a big fucking deal?" Is it wrong to swear, Mr. President, or isn't it?

The answer is that it depends. It depends on the precise words used, on the context in which they were spoken, whether as a way of bonding or as a form of insult, if they were sung blithely or spat out in anger, written in a newspaper or on someone's blog. When it comes to swearing, some of us are still in horse-drawn buggies and others are driving in the passing lane, shouting, "hurry the hell up!" over our shoulders.

This review of two new books on profanity will contain many instances of it, so those with a nervous temperament should look away now. As a long-time potty-mouth who is usually constrained by this paper's expletive-shunning style guidelines, I find this deeply liberating. (I once tried to stop swearing for a week and lasted two days. Never try to quit swearing when you're moving house.)

We're living in a deeply conflicted age in terms of lexical restraint. We might laugh with a co-worker over a Tumblr called Fuck Yeah Cilantro, speak wearily about how few fucks we have to give and take as our mascot of cool the honey badger, who "don't give a shit." But those expletives would be almost certainly be bleeped if they were spoken on broadcast TV. They are still verboten in many environments, from public meetings to workplaces to newspapers. The reason Sausage Party is R-rated is not because there's some naked bun action, but because the animated wieners have such dirty little mouths.

Profanity – from the Latin profanus, or outside the temple – changes and adapts alongside general speech, a point of agreement between Benjamin K. Bergen (What the F: What Swearing Reveals About Our Language, Our Brains, and Ourselves) and Michael Adams (In Praise of Profanity). Thus, what contemporary speakers consider the most outré words were once merely descriptive, and medieval parents thought it perfectly normal to have children called Bele Wydecunthe and Roger Fuckebythenavel.

By the same token, as Bergen writes, Dick used to be an innocent diminutive favoured by hundreds of parents in the 1920s and '30s, and only slowly gained its current smirking reputation, possibly owing to visual association with a riding whip called "a dick." In either way, it's unlikely any contemporary campaign would use the slogan once found on a Richard Nixon button: "They can't lick our Dick."

Once, the most profane thing an English speaker could do was to take the name of the Christian deity, or his only begotten child, in vain. "Jesus Christ" in polite conversation became "jeepers creepers" and even "jiminy cricket." These associations had somehow never even occurred to me until Adams, a professor of English literature at Indiana University, pointed it out. The religious taboo ("taboo": a Tongan word first recorded in English by Captain James Cook) might hang in tatters, but you find its ghost in the reluctance of some Americans to say "Oh my God" in public. "Oh my gosh," you hear reality-show contestants say, when vexed beyond endurance. "Oh my gosh."

Sacred blasphemies lost their power to shock and have been replaced in the past several decades with words that were once considered perfectly reasonable, if somewhat salty, descriptors. Consider "retard," for example, or the "N" word. (I have trouble even typing it, which says something.)

Bergen, a professor of cognitive science at the University of California, has no such qualms. He provides a taxonomy of swearing, covering the bases of God, sex, excreta and slurs. In our time, you can say all you want about God, pretty much, but racial and sex-based slurs are extremely taboo – in a survey he cites, the "N" word is in a camp by itself as offensive to pretty much everyone (though he offers a defence of "nigga," used as slang, as a bonding tool, and, in the same manner as "queer," a raised middle finger to a hostile world).

What the F is largely concerned with the neurolinguistics of profanity – why four-letter words ending in a consonant are so pleasing to our ape brains, for example, or why "tool kits" is likely to be transposed into something less savoury when you're in a rush, or why people who suffer brain damage are often robbed of their nice words but can still swear a blue streak. (One unfortunate 19th-century parish priest in France was left, post-stroke, with just two words: "I fuck.") Swearing is understudied by linguists, Bergen writes, possibly understandably – imagine the course reviews and the grant proposals. His book goes some way toward addressing that gosh-darned problem.

According to Adams, we're living in "the age of profanity" and this is a good thing. For too long, prohibitions against swearing have been class-based, a way of chastising and silencing the vernacular of the common people. Vulgar, he reminds us, means "common, coarse or ordinary." Sarcasm is more painful for the listener and worse for the soul than swearing, but doesn't carry the same kind of penalties. Instead, "we stigmatize 'bad' language as coarse and confused."

On the contrary, Adams argues, swear words can be employed to convey rich inner worlds in a way that officially sanctioned language would not. He uses the examples of James Kelman's Booker Prize-winning novel How Late it Was, How Late, the stream-of-desperation journey of "a Glaswegian down-and-outer named Sammy." When the book was released in 1994, it won acclaim but also scorn for its more than 4,000 instances of "fuck" and various other profanities. Kelman refused to accept the idea his story would be served by a more orthodox narrative, and Adams defends him for refusing "to let Establishment ideologies – especially those of standard English – 'correct' what's naturally nonstandard."

Equally, Adams cites The Sopranos as a place where profanity finds grandeur and meaning. The boys of the Bada Bing were posing for each other and for their enemies, and swearing was a vital weapon in their arsenals, along with the guns in their overcoats. (Adams could have cited another HBO masterpiece, Deadwood, which was also majestic in its use of bad words. "Many times, that's what the fuck life is," says the series' world-weary crime boss, Al Swearengen. "One vile fucking task after another.")

You cannot imagine Al Swearengen or Tony Soprano using the painful euphemism "frak," as the creators of Battlestar Galactica were forced to do. This brings us to the subject of euphemism, which Adams compares to an ineffectual fig leaf, although to me it's more like the crocheted doilies covering toilet paper rolls that just make you think, "Hey, there's toilet paper under there!"

Euphemisms, along with the use of asterisks and other punctuation, are useless, anyway. As Bergen notes, a reader will look at the word "sh!t" and read it as "shit," so no one's dignity is being preserved. Yet, the civilized world continues to prefer the linguistic version of air freshener. (It's mildly annoying that while these authors have no time for euphemisms, their book titles cutely incorporate them: Adams's title is printed as !n Pr@ise *f Pr#fanity.)

Recently, Maine Governor Paul LePage left a sweary rant on a state representative's phone, accusing him of being, among other things, a "socialist cocksucker." Now, if I lived in Maine, I'd want to know precisely how my governor addressed his rivals. It might even make me want to vote for that representative. Instead, CNN left out the crucial phrases, opting instead for "you little [obscene term], socialist [obscene term]." The New York Times went even further, saying the contents of the voicemail are "unprintable here."

Just who, precisely, is being protected, and from what? If the word is so shocking, should its shock not be felt? It's been 45 years since the word "fuck" was uttered in a mainstream movie, during a football game in Robert Altman's M*A*S*H. It's been 14 years since Cher dropped a glorious bomb into the live broadcast of the Billboard Music Awards when she said, of her critics, "fuck 'em." We have outgrown the age of euphemism. Shit or get off the pot.

Elizabeth Renzetti is a Globe and Mail columnist. 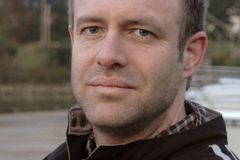 Book Review
Review: J. Edward Chamberlin pieces together his grandfather’s past in The Banker and the Blackfoot
September 9, 2016 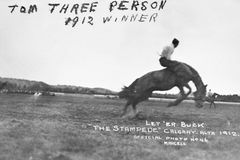 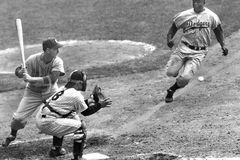