The cultural sensitivity battle is a fierce one, kemosabe.

Right now it's characterized by extreme behaviour on both sides of the spectrum: from glib fashionistas repurposing sacred Inuit artifacts as prêt-à-porter, to "settlers" tweet-shaming themselves in eager displays of social-justice self-flagellation.

Poised in the grey area are the artists and writers – among them, those looking to embrace and further the efforts of reconciliation. There's a sturdy confidence in these creatives that historical research and ace writing will earn them a place in the rapidly expanding indigenous lit canon. Some might hope to bridge the gap between worlds and assume a valued position as cultural mediators. This, despite the First Nation's often expressed belief that dabbling in their history for creative inspiration lies somewhere between insensitive and outright disrespectful.

But what about when histories intersect, as with the residential schools? After all, this narrative is not entirely an indigenous one. Celebrated Métis poet and author Joan Crate has chosen this setting for her historical novel, Black Apple. Set at St. Mark's during the Second World War, Black Apple is told from two perspectives: Sinopaki Whitewater, a Blackfoot girl later re-named Rose Marie by the nuns, and Mother Grace, the school matriarch. Through Grace's manipulation and a series of family tragedies, Sinopaki eventually spends so much time away from her family and culture that she is left partially assimilated into a settler's existence, but still subject to the racist attitudes of the church and the community of Black Apple.

Despite Crate's lyrical efforts, Black Apple suffers from a tin ear. Crate's attempt to imbue the character of Sinopaki with an indigenous-sounding vernacular are laboured and obvious, if not condescending. To be fair, writing a child narrator is challenging. I got the feeling that great care was taken in the construction of a young Sinopaki's language, as one would expect from a poet. But the vocabulary: "fire worms" of anxiety in Sinopaki's tummy, the sensation of fear a "snare around her chest," and "her face stinging nettles" after being beaten by a nun, felt like a character development exercise. Later, in the voyeuristic and vaguely uncomfortable scenes of Sinopaki's sexual awakening, a description of bodies "bannock wrapped" around each other invoked the tone of a Native American romance novel.

Then there's old Mother Grace, the lesser evil in a system of evil. There is clear effort by Crate to take Grace beyond the Catholic-nun schoolteacher stereotype. At times Grace's behaviour is poignant and frustrating, her contradictory actions deliciously thought-provoking, but most chapters find her passive and brooding, reflecting on her life and reminiscing about letters and historical photographs that provide convenient exposition. There is little subtlety; page after page reminds the reader of Grace's aching body, her time-tattered virtue – as if that is reason enough for her cruelty and neglect. I think the repetition is more problematic than the idea itself, and, by later chapters, the reader may wonder what else motivates Mother Grace. And what else keeps this character from serving as a tool for residential school apologists or an anesthetist for non-indigenous readers who are hungry to educate themselves on indigenous issues via book-club discussions rather than, say, the Truth and Reconciliation Report. The thing about historical fiction is that even the most savvy readers are inclined to see it as "lightly fictionalized" fact. Treating social and historical issues as neutral ground for an exploration of the human condition is what writers do. I just don't understand why Joan Crate chose to do it right now, a time when Canadians need to be keenly aware of the sensitivity of these issues.

There's an afterword by Crate, where I hoped to find some insight into her intentions for this book. Instead I found this quote: "In Black Apple, I visit the residential school environment not because I want to – it's a disturbing setting – but because with my characters and their time frame it couldn't be avoided." This head-scratcher of a statement conjures an image of a writer held hostage by fictional characters, insisting their stories be told. Being swept away by creativity to a place beyond all personal accountability sounds very romantic and writerly, but it's not actually a thing. Writers have a choice, we absolutely have a choice. We have the choice to ignore the repeated requests of indigenous people to retain cultural rights to their own voices. We also have a choice to listen to that niggly little voice inside us that says, "Yeah, I want to write about this. But maybe it's not all about what I want."

Carleigh Baker is a writer who lives in Vancouver. 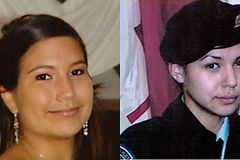 Book Review
The Right to Be Cold: A revelatory memoir that looks at what climate change means for the north
March 13, 2015 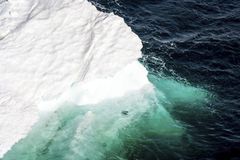 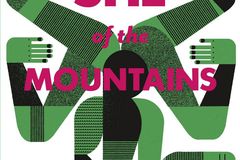