Norman Bethune (1890-1939) left a lopsided legacy. Canadians know of him; in China, Mao immortalized the Canadian physician in words memorized and internalized by millions of schoolchildren. While Shenzheners, Xue Yiwei's first book translated into English, included Canadian settings and characters, it was ultimately about the city to the north of Hong Kong. Dr. Bethune's Children, by contrast, though a Chinese novel – about Bethune's spiritual children, those who came of age during China's Cultural Revolution – is also undeniably Canadian. Xue, who lives in Montreal, writes that this is "a book for China and Canada to read – and read together." Written as a series of digressive letters from the narrator – also living in Montreal – to the doctor's spirit, Dr. Bethune's Children is a novel of ironic wit and deep feeling, marked by a frank sexuality. Too honest, especially on the Tiananmen Square Massacre, Dr. Bethune's Children is banned in mainland China. For now, it is up to Canadians to read this shared legacy – until we can read together.

The title's unfinished phrase invites the reader to complete the equation: If Clara, then y. In If Clara – Martha Baillie's latest since The Search for Heinrich Schlogel – y is a series of repercussions through the lives of its focal characters. There's Julia, Clara's less talented but reliable sister; Daisy, a novelist whose leg is engulfed in a full-leg cast after a freak bicycle accident; and Maurice, who falls for a man from a work of art. Then there's Clara herself. Thinks Julia: "All depends on how Clara, on what Clara. All depends on Clara's ability to hold Clara in one piece." Clara, despite her volatility, is the novel's linchpin – a creative choice that speaks to Baillie's characteristic cerebral playfulness as well as her allegiance to characters held on society's margins. Anyone who has lived alongside a loved one's mental illness will recognize Julia's predicament; at the same time, Baillie's empathetic portrayal of Clara shows a mind following its own kind of logic. There's a lighter tone to this novel, so it might surprise readers how much it has to say about creativity and the fractured self.

In a year of so much taking stock of Canada, Desire Change stands out in its depiction of the country in 2017. The reason is in the book's multiplicity and historicity, hinted at in the double meaning of Desire Change. Change is the object of feminism's desire; in Canada, that change includes decolonization, the focus of the book's second section. (The cover image is a still from Anishinaabe artist Rebecca Belmore's Fountain.) In its desire for change, feminist art, practice and critique is inseparable from activism – a thread running through these essays. Then there is the second dimension to the title: Desire itself is subject to change, is itself the object in flux. While Desire Change focuses on 21st-century work, it frames these essays within the context of a longer history of feminist art-making, exclusions and debate. Whatever else feminism is, it is embodied, local, and therefore multitudinous. A flattened, singular narrative of Canada is a Canada unrecognizable. It's this book's embrace of complex, messy reality that makes it a truthful depiction of the Canadian contemporary. 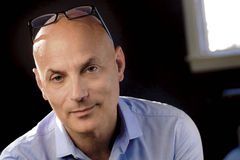 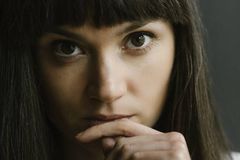 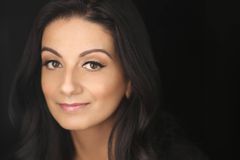