Mysterious Fragrance of the Yellow Mountains offers a very readable and equally savage look at colonial Vietnam. Yasuko Thanh's writing whips up a miasma of jasmine oil and incense and opium smoke, while remaining gauzy as tulle. Which is not to say the story is frivolous. Think of a shiv as opposed to a longsword: one is showy and unwieldy, the other, subtle and devastating. Thanh spares us the weighty sentimentality and epic posturing of some historical novels, and gets right to the goods, through stirring narrative and imagery.

Set in Saigon, the book is based on the true story of the Hanoi Poison Plot of 1908, in which a group of Vietnamese nationalists launched an ambitious assassination plot against French troops. The fictional Dr. Georges-Minh Nguyen, an expert in plant-based poisons, is enlisted by his dearest friends to find a suitable agent to do away with the French general and his garrison. Two hundred of them.

Embarrassed by his family's wealth, "polished Athangudi black-and-white floor tiles and cold, smooth rosewood carvings of lucky elephants and colourful egg plaster walls," Nguyen feels an obligation to serve his fellow citizens. Revolt and sabotage hold a noble and thrilling fascination for Nguyen and his gang of would-be insurgents, relatively privileged community members who spend more time arguing over what name they'll use to identify their rebellion than actually honing their plans.

Outside the foppish comfort of Nguyen's home, the threat of everyday violence is clear. A soldier wakes next to the body of a boy he doesn't recall killing. In the markets, women hiss at each other to warn of a rapist's plot. Severed heads of rebels are mounted on bamboo poles and publicly displayed as a reminder of how the French deal with dissent. When Nguyen's assassination attempt goes wrong, he and his co-conspirators must flee or risk joining them.

As the story moves out of Saigon and into the Vietnamese countryside, the class disparity within Vietnam comes sharply into focus. Nguyen and his brooding urbanite revolutionaries are contrasted with the brutal desperation of the rural insurgents. As they run from Saigon, the characters we've come to know so intimately are confronted with their own shortcomings. As Khieu, Nguyen's best friend, realizes, "So far his life's talk had been bluster, meant to sound like something meaningful. … He missed his wife, his children."

Mysterious Fragrance of the Yellow Mountains contains a healthy dose of magical realism. A mysterious illness robs people of their memories and strange creatures appear as powerful omens. The importance of a connection with the spiritual realm is communicated to the reader in the first lines of the prologue. "If you fail to bury a body, if the body dies away from home, if it dies unloved while hurrying from a coal mine shaft, or without its head … if it dies alone, it will become a wandering ghost." Here, the ghosts are everywhere, causing trouble and harassing the living. However deftly it's used, magical realism will always wear a little thin for some readers. These moments are undeniably striking, but in the latter half of the novel, the handy timing of prophetic visions and fevered madness can be irksome, as if the heightened intensity of the plot somehow demands verisimilitude.

One of Thanh's most striking successes is the way she gets in the male character's heads, particularly in regards to their relationships with women. Inner monologues are revolving doors of fear, desire and exasperation. Opportunities to communicate sincerely and tenderly are lost, and efforts to mend bridges are thwarted. Even as Nguyen is swanning around, gripped by malaise, Thanh's deep probing into his psyche makes it hard not to empathize with him. On the other hand, the women are of a more recognizable character pool: the longing, the scheming, the all-suffering. Arguably, the female characters are limited by the gender restrictions of the time period, but this can still create fascinating and unique opportunities for a narrative. However, Thanh's most compelling writing lies with the men.

In Mysterious Fragrance of the Yellow Mountains, Thanh pulls no punches, but for the most part her choices feel organic to this tumultuous setting. For the colonized, redemption is often not an option, and Thanh is keenly aware of this. From the national to the personal, this is a story about catastrophic loss. But Thanh's ability to navigate such brutal territory with a steady hand makes this book a must-read.

Carleigh Baker is a writer from Vancouver.

Yasuko Thanh: ‘This world will never run out of people who have cool stories’
April 8, 2016 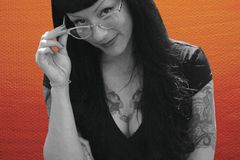 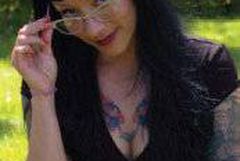