Every Falling Star: The True Story of How I Survived and Escaped North Korea

By Sungju Lee and Susan McClelland

Sungju Lee is lucky to be alive. After his parents disappeared in the late 1990s, he endured years of violence and hunger on the streets of North Korea, fending for himself as a kotjebi, a homeless child with only his gang of street brothers for support. Lee's story is true, told with Toronto author and journalist Susan McClelland (who also co-wrote the 2008 critically acclaimed memoir The Bite of the Mango) and it's a tough read. He witnesses an execution as part of a school day, engages in brutal street fights to claim territory for his gang and sees two young friends die brutally and painfully. His story will be shocking for young readers – and not because of the violent content. It's shocking because it is still happening in North Korea today. A stark, riveting and necessary eye-opener.

You haven't heard this voice in YA before. It's 1991 and 16-year-old Raini is an Indian girl living on the Hawaiian island of Moloka'i. She's plagued by the deep trauma that has resulted from her parents' arranged marriage and repeated sexual abuse by her father. But Rani is a survivor. She finds solace, renewal and forward momentum in writing and performing rap about misogyny and damaging cultural norms. This is a robust debut by Sonia Patel, a Stanford-educated psychiatrist who lives and works in Hawaii, and one that is not watered down for mass-market consumption. An extensive six-page glossary helps decode the Hawaiian and Gujarati slang, guiding readers through the singular experience of a girl who raps, "I rhyme about being free/cuz I am trying to be/the change I want to see."

It turns out that the creepiest place to set a thriller is a remote island off the coast of New Brunswick. This is Toronto author Barbara Radecki's debut and it's a showstopper. Fifteen-year-old Gemma lives with her father, a ferry driver and aspiring scientist who spends hours in a locked shed working on his "experiments." Gemma has only a few adult island dwellers for friends as she's not permitted to the leave the island for fear of her violent, estranged mother. Or, that's what she's told. When a mysterious woman visits the island, things start to get weird. And scary. And unpredictable. Radecki throws in gasp-worthy twists and takes the plot far beyond the boundaries of expectation – about 100 gripping pages past where most novels would end. It's a smarter and more sinister The Face on the Milk Carton for this generation.

In 1976 South Africa, unarmed black high-school students were killed during the Soweto uprising, a series of organized protests involving thousands of students opposing a new law that threatened their English-speaking education. Debut novelist Arushi Raina now lives in Vancouver, but grew up in Johannesburg. Her fictional story about the time leading up to the uprising is told from four different perspectives representing three different races. But this is not a character-driven novel. The plot dives right into the dangerous and oppressive political climate and the external events that motivate the teens' actions; it's so immersive that some readers may feel a bit lost by the lack of historical context or background information. It has an in-the-moment, documentary feel that puts historical realism and authenticity first.

Feeling like a monstrosity is an apt metaphor for adolescence. Big, hairy, sensitive guys are also of-the-moment with the live-action Beauty and the Beast movie coming in early 2017. So Brie Spangler's reimagining of the classic fairy tale in a contemporary high-school setting is both well-conceived and well-timed. The predictable stuff is all there: 15-year-old Dylan is 6 foot 5, covered in hair, and generally misunderstood. Then, he meets Jamie and they fall for each other (there's even a "Tale as old as time" line in the text. Sigh.). But then there's a big surprise. A huge surprise. Dylan learns something about Jamie – something astute readers will have already picked up on – and it opens the door to deeper and unexpected explorations of the themes of beauty, identity and self-worth.

The Sun is Also a Star

Nicola Yoon is a YA superstar with substance, known for her whip-smart, self-aware characters with three-sizes-too-big hearts. Her second book (a National Book Award finalist) is all about fate, race and love. On the day practical, science-loving Natasha is set to be deported to Jamaica, she meets Daniel, a Korean-American poet struggling to bury his dreams to pursue a career in medicine. It's a plot that, in any other author's hands, might be a giant block of pure cheese. But Yoon breaks up the dual-perspective narrative with surprising insights into the lives of minor characters and musings on everything from the chemicals of love to the history of Korean-owned hair-care stores. It's a really smart romance. And do Natasha and Daniel end up together? Get the Kleenex. 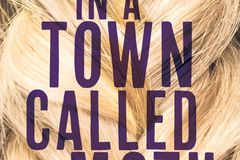