One evening in the summer of 2013, Richard Florida sat down in the lounge of a SoHo hotel to talk to his New York publisher about writing a new book.

As he struggled to explain his ideas, she interrupted. "What you're talking about," she told him, with piercing insight, "is a New Urban Crisis. Write that book."

He got right to work. This gloomy volume is the result. Florida calls it – you guessed right – The New Urban Crisis. Remember always to capitalize those words; he does.

In 310 pages of learned hand-wringing, he describes a "new age of winner-take-all urbanism, in which the talented and the advantaged cluster and colonize a small, select group of superstar cities, leaving everybody and everywhere else behind."

The comfortable urban middle class is drying up and blowing away. Tens of millions of city dwellers are stuck in a poverty trap. Cities are becoming more segregated by class. Many suburbs are growing poorer.

This is quite a change of tune for Florida. He made his name in 2002 with The Rise of the Creative Class, which argued that successful cities must attract the artists, knowledge workers and tech brains who drive the new economy. Taking his cue, mayors around North America rushed to install bike lanes and fund all-night art romps – keys, they were told, to attracting the hip folk who would revive their cities.

The book got good press and Florida became a big-name urban thinker. When the University of Toronto recruited him a decade back, headlines trumpeted the arrival of an academic star.

But he got some flak along with all the attention. Critics, he says, blamed the creative class "and me personally" for everything from rising rents to the growing gap between rich and poor. It seems his conscience began to gnaw at him. He looked at the data again and found that – jiminy! – the picture was darker than he thought. When Rob Ford, the "most anti-urban mayor ever," was elected in Toronto, he knew something was going badly wrong.

The revival of cities that he had predicted "was giving rise to rampant gentrification and unaffordability, driving deep wedges between affluent newcomers and struggling long-time residents." Unless we do a whole lot of big things very soon – build more transit, spend more money on poor neighbourhoods, raise minimum wages, get companies to pay workers good money the way they did in the old days – the New Urban Crisis will only deepen.

"I can't tell you how depressing it's been for me to contemplate," he tells his by now equally depressed readers on page 214.

He should cheer up a little. North American cities are undergoing a phenomenal renaissance. He himself was one of the first to recognize it. In fact, his appeal for more livable, walkable, culturally vibrant cities has helped make it happen.

"White flight" from American cities produced a shocking division between the affluent, leafy suburbs and poor, gutted inner cities. Now, a reverse migration is under way. Florida's creative class has been reviving blighted neighbourhoods, fixing up classic old buildings and bringing the buzz of new life to urban cores. Reading The New Urban Crisis, you would be tempted to think this is almost a bad thing. In fact, it is a wonderful thing.

New York, that crown jewel of American cities, has bounced back from its 1970s nadir. Rising smaller cities in the Sunbelt boast spruced-up centres and leafy suburbs where the middle class is doing just fine, thank you. Toronto, Florida's booming adopted city, pulses with new energy. Even poor, ruined Detroit is enjoying a modest comeback.

As Florida concedes, the research shows that the gentrification that everyone loves to hate does not actually push the poor out of their homes. The most disadvantaged neighbourhoods in U.S. cities are those that gentrification hasn't touched.

There is no denying that the back-to-the-city movement has caused some friction. It has helped push housing prices in desirable cities way up, making it hard for many people to afford a nice place. One SoHo apartment is worth 50 houses in parts of Toledo, Ohio, the author tells us.

It has helped to change the profile of urban poverty. As city cores revive, some suburbs are declining. This has happened in Toronto, where many of the most troubled neighbourhoods are now found in the ring of inner suburbs where Rob Ford had his political base.

It has upset some residents of changing inner-city neighbourhoods. Florida points to a famous rant by film director Spike Lee about how rich newcomers are colonizing parts of Brooklyn, N.Y. – what he called the "Christopher Columbus Syndrome."

But is what he describes really a capital-C Crisis, much less the central crisis of our time? Is it even new? Cities have always had sharp contrasts of poverty and wealth. The poor flock to cities for work, the rich for pleasure. Cities offer an abundance of both. Urban inequality is something we should worry about, but also keep in perspective.

Despite their problems, North American cities are in far better shape than they were two or three decades back. Rather than wringing our hands, we ought to be cheering.

Marcus Gee is The Globe and Mail's Toronto columnist. 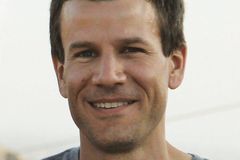 Review
Shawn Micallef's Frontier City, reviewed: Can Toronto fulfill its potential?
February 10, 2017
Follow Marcus Gee on Twitter @marcusbgee
Report an error Editorial code of conduct
Due to technical reasons, we have temporarily removed commenting from our articles. We hope to have this fixed soon. Thank you for your patience. If you are looking to give feedback on our new site, please send it along to feedback@globeandmail.com. If you want to write a letter to the editor, please forward to letters@globeandmail.com.
Comments