If a story is a house, an enclosed space where you want to stay a while and explore, to paraphrase Alice Munro, then Vancouver writer Shaena Lambert's second collection Oh, My Darling, has 10 such houses you'll want to spend some time in. Each story involves a recognizable character going through a fairly common life experience – usually a hankering to break out of stagnancy or a struggle to move forward from a difficult moment – but Lambert's sure hand brings about the most surprising results.

When reading a collection, it's natural to prefer one story over another, to linger over one more than another. From the first page, though, this writer makes it almost impossible to choose. Oh, My Darling, the book's namesake first story, about a woman diagnosed with cancer, is told from the point of view of the growth. The cancer voice talks to Vanessa, recounting how the diagnoses caught her by surprise, ending her complacency about her life, making her worries over her standstill marriage and rebellious daughter seem trivial, then skipping through the disease's ravages, and what it will do to her body, to her psyche, to her family, and back to the moment of knowledge that something is wrong.

And here is where Lambert's writing is so unusual. In almost every story there is a skip-ahead moment, where a few sentences fill in just enough detail to advance the story, at the same time leaving it to our imaginations. It's a kind of long-story-short tool that could be mistaken for a writer's cleverness but that works every time because of the skill in the abbreviation. In fact, you begin to look forward to it.

In Crow Ride, a woman mourning the loss of her teenage son to drugs feels compelled to go to the outskirts of the city with a dreadlocked, couch-surfing, drifty young man to see where the crows roost at sunset. Over the course of the drive he becomes attractive in degrees; first as a place-marker to her son, then as an empathetic ear, and finally… "Later Muriel will think about why she did what s he did next. She will be in recovery mode, her entire body laced with contrition, and she will think, How could I have? And why? But it will never be all that easy to understand."

In other stories, a mid-life woman grieving her lost youth and impatient with her doting husband travels to Delphi to ask the Temple of Apollo what it means to turn 50; an elderly woman writes to her long-lost love to confess he gave her the happiest moments of her life but when he comes to the care home to visit she fails to recognize him,; blinding jealousy causes a woman to lose track of her best friend's son who then gets dragged away by a cougar; in a last attempt to finally please his father an adult son works with him on a creative solution to get his coffin up a staircase with an insurmountable curve. Ordinary moments and thoughts in seemingly mundane lives are transformed with sentences like "Already she was saying sorry, whispering sorry, and these sounds were not so different from the birds," and "She is calling out his name but the wind tugs at her voice and sucks at the sleeves of her rain jacket."

If forced to choose one story to characterize Lambert's talent with the genre, it would be The Little Bird, which depicts a pivotal experience in the life of a German boy on the run with his family because of his father's perceived war crimes in a Lithuanian village. The story is so beautiful and finely tuned that too close a description of it may ruin the unforgettable experience of it. The boy, now a man who performs a nightclub act that incorporates a handstand trick taught by his father while he sings a traditional German folk song, conjures a defining childhood act of defiance. The story is remarkable in its ability to tell the whole in such a short space, in its delicate language but stark reality and in its portrayal of how life can almost always be traced back into a full circle.

With one novel and two short-story collections to show for her fine work, Shaena Lambert is a nascent Canadian voice very deserving of our attention.

Carla Lucchetta is a Toronto writer and television producer. Her book, Lonely Boy, will be published by Cormorant next spring. 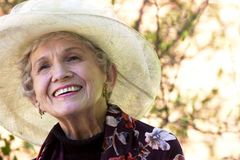 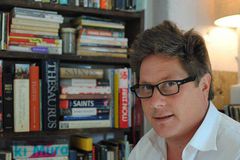 Over the Falls
February 16, 2008
Follow us on Twitter @globebooks Opens in a new window
Report an error Editorial code of conduct
Due to technical reasons, we have temporarily removed commenting from our articles. We hope to have this fixed soon. Thank you for your patience. If you are looking to give feedback on our new site, please send it along to feedback@globeandmail.com. If you want to write a letter to the editor, please forward to letters@globeandmail.com.
Comments