The contemporary novel has become something of a showboat. It hinges more than ever on a grand concept, a spectacle to drive it: starving children battling in a post-apocalyptic landscape, a ripped-from-the-headlines murder scheme ever so slightly rejiggered to avoid exploitation.

Given this, any astute reader or writer could be forgiven for believing the contemporary novel well-suited for tackling the divisiveness and violence of Sri Lanka's recent history. The brutal quarter-century war between the Liberation Tigers of Tamil Eelam and the Sri Lankan government left thousands dead, dislocated and dispossessed. What could be meatier? After all, the novel's inherent capaciousness – the ability to tackle multiple characters and span eras – is meant for exactly such narrative feats.

But the novel also demands inventiveness in structure and language, and usually the ability to limit scope to that of a singular consciousness. The trap for the Sri Lankan novelist is the distinct possibility of trivializing the contemporary conflict – either by failing to capture the depth and multiplicity of viewpoints – or by shrouding the visceral grief, rage and loss of war in lyricism and the artifice of plot and story.

Sri Lankan-Canadian writer Shyam Selvadurai has managed to avoid such pitfalls. His work confronts the open wounds of Sri Lanka's civil war and his stripped-down prose focuses on the deeply personal with precision and insight. That's not to say his novels are small. Funny Boy, his first, sets a young boy's sexual coming-out in the years leading to Black July. Cinnamon Gardens takes place during Sri Lanka's nascent independence movement.

Selvadurai's latest novel, The Hungry Ghosts, focuses on the most violent period of the conflict. In his career, he has expertly manipulated literary genre – the coming-of-age tale, the historical novel and, now, the immigrant novel – to constrain and to channel his characters, plots and themes.

The protagonists of immigrant novels are often peripatetic, dispossessed and disoriented. They neither belong in the new world nor can they return to the homeland. Certainly, that's the case for Shivan, the protagonist of The Hungry Ghosts.

Shivan, whose father is Tamil and whose mother is Sinhalese, cannot completely lay claim to either heritage because of ethnic strife and personal loyalties. The young Shivan is deeply affected by the country's political violence, so much so that he begs his mother to move when Canada offers fast-track immigration to Tamil families. He sadly observes to a Sinhalese friend, "If we are abandoning Sri Lanka, it's because Sri Lanka abandoned us first."

Canada provides safety, but also leaves Shivan dissatisfied and marginalized. It's here that he fully comes to terms with his sexuality. While the openness of Canadian society allows him to pursue relationships freely, he also finds himself feeling insecure. He suspects that he plays the exotic other for his Canadian lovers, who are seeking not connection but variety. Shivan soon becomes dissatisfied, yearning for a deeper, significant emotional relationship. When his grandmother falls ill, he returns to Sri Lanka for what he believes will be a short stay.

Return is a familiar trope, but Selvadurai uses Shivan's in interesting ways. In fact, it's this second chance in Sri Lanka that forms the most compelling section of The Hungry Ghosts. Typically, the expat immigrant protagonist finds he is just as dislocated in his homeland as in the new world. There is some of that, but Shivan also comes tantalizingly close to finding what he is most searching for: power, respect and love. An eventual betrayal does leave him alienated once again, but while the war and Sri Lankan culture act as catalysts for the brutality that ensues, the blame rests squarely on Shivan for pushing too hard and too fast for what he most wants.

Early in the novel, Shivan's grandmother charges herself with her grandson's moral education, using Buddhist fables to instruct him. These stories of men and women stripped of the ability to fulfill their desires, the titular hungry ghosts, provide the young Shivan with a truth about the human condition. What tears us most apart cannot be ascribed solely to war or to culture or the prejudices of a foreign home. Often, it finds its source squarely within us. Selvadurai places his protagonist in several different theatres so that we, the reader, come to understand that Shivan, at times brave, at others reckless, is the one most responsible for who he is.

As he notes when reflecting on his grandmother, "There are many times when I have raged inside at that phrase of hers, at that malformed thing she calls love. Yet I know, more than anyone else, that love always comes with its dark twin – the spectre of loss, which drives us to do such terrible things."

Much has been made of Selvadurai's life story. His father is Tamil. His mother is Sinhalese. He is gay. But to limit an understanding of his work to his biography fails to give credit to the talent and humanity embodied in his writing. For one thing, Selvadurai renders female characters' lives and psychologies as adeptly as he does those of his male characters. Shivan's grandmother is among the most complex and believable Asian female characters I've read lately: tough, vulnerable and very recognizable. All of Selvadurai's characters are nuanced with motivations that stem not from their political or ethnic roles, but from raw human longing.

George Eliot wrote that her work was meant to demonstrate that "there is no private life which has not been determined by a wider public life, from the time when the primeval milkmaid had to wander with the wanderings of her clan, because the cow she milked was one of a herd." Selvadurai's characters are driven to wanderings as well, for much the same reasons, their fates tied like Eliot's milkmaid to the larger vagaries of culture.

Selvadurai's work proves that the reverse is true as well: Our private choices shape the larger world. The novel must focus on the milkmaid, not the herd. Ethnic labels and political movements provide answers for sociologists and journalists, but the novelist is beholden to the particular. Selvadurai's work reminds me that the contemporary novel doesn't necessarily have to resort to thrills or high jinks in order to find its usefulness. Here, it unforgettably explores the interplay between individual intention and the tragedy of a nation's history.

Hasanthika Sirisena teaches creative writing at the City College of New York. She lives in Brooklyn. 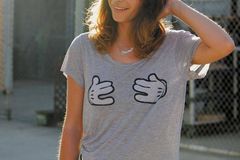 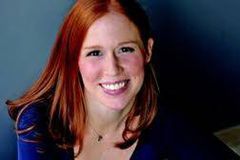 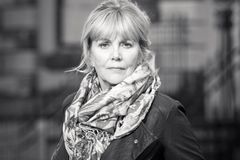