In the early 1950s, a young woman named Mitiarjuk Nappaaluk, living in Kangiqsujuaq, Nunavik, was asked by the Oblate missionary Father Robert Lechat to write down some Inuktitut sentences so that he could develop his vocabulary in the language. But Mitiarjuk soon carried this task beyond its pragmatic origins; fleshing out her descriptions of daily life with characters and plotlines, she ultimately produced a "novel" – a long work of fiction – that was published in Inuktitut syllabics in 1984. Mitiarjuk's work has long been celebrated in Inuit communities, and while she received major honours before her death in 2007 – she was awarded an honorary doctorate from McGill and was named a Member of the Order of Canada – her writing has remained almost unknown amongst southern audiences, particularly in English-speaking Canada.

This month, however, that's likely to change as the University of Manitoba Press, in partnership with Avataq Cultural Institute, releases the first English edition of Mitiarjuk's novel, Sanaaq. Translated by Peter Frost from the 2002 French version, the book follows the life of a woman named Sanaaq and her family as they navigate not only their daily routine of child-rearing, visiting and harvesting food, but also the arrival of southern traders, medical professionals and rival Anglican and Catholic missionaries. The book maintains a lightness in tone when relaying even the grimmest of events, such as when the hunter Jiimialuk loses an eye to scalding water, only to hear Sanaaq's young daughter ask whether she can eat the fallen cornea (the answer is no). As described in the preface by anthropologist Bernard Saladin d'Anglure, who worked closely with Mitiarjuk as she completed the manuscript, the author thus "reinvented the novel, even though she had never read one."

Sanaaq is not the first Inuit novel to appear in print; that honour technically goes to Markoosie Patsauq, author of the 1970 Harpoon of the Hunter, also originally published in Inuktitut. But it is one of just a handful, and so Sanaaq is sure to garner a lot of attention from southern readers. The novel, after all, is a favourite genre of Canadians; many readers imagine it to be a superior literary form, representing a milestone of maturity on the part of an author – or of a culture. Yet Inuit authors, storytellers and singers have been producing literary works – that is, artistic creations in the medium of language – for thousands of years, and today, Inuit literature abounds in a variety of forms, just not ones that the average southern reader might expect.

The Iqaluit-based publisher Inhabit Media is busy producing dozens of books – many of them for younger audiences – based on Inuit oral traditions, while Igloolik Isuma Productions (the creative force behind Atanarjuat: The Fast Runner) continues to distribute Inuit stories through the medium of film. Dozens of new manuscripts and out-of-print classics (such as Minnie Aodla Freeman's 1978 memoir Life Among the Qallunaat) await publication opportunities, while lyricists like Elisapie Isaac and Beatrice Deer compose songs in both Inuktitut and English. And the Montreal-based writer Taqralik Partridge – first-place winner of the 2010 Quebec Writing Competition – continues to circulate her stunning spoken-word poetry via MySpace and YouTube. Yet despite the existence of these many literary works, it's likely that only the appearance of an Inuit novel in English will now alert southerners to the existence of a northern literary scene.

But what's going to happen when English-speaking audiences get their hands on this text? What if it doesn't look like any other novel that they've encountered before? The novel, though seemingly ubiquitous, is in reality a genre with firm foundations in European history and ideology; it has been identified by various scholars as the flagship genre of individualism, of nationalism, and of capitalism. As the growth of the 18th century middle-class reading public created a wide market for publishers, the novel became a vehicle for ideas about national identity to disseminate and coalesce. And as Ian Watt explains, while "previous literary forms had reflected the general tendency of their cultures to make conformity to traditional practice the major test of truth…. This literary traditionalism was first and most fully challenged by the novel, whose primary criterion was truth to individual experience."

The novel thus carries with it a certain set of expectations – typically, that it revolve around the innermost thoughts of a central character facing down a singular conflict. As Anthony Burgess declared somewhat haughtily in 1970, "The inferior novelist tends to be preoccupied with plot; to the superior novelist the convolutions of the human personality, under the stress of artfully selected experience, are the chief fascination."

To hold Sanaaq to these criteria, then, may be as ethnocentric as those reviews that continually remark upon the "harshness" of the Arctic environment and of early 20th-century Inuit life. While it's possible, as Saladin d'Anglure says, that Mitiarjuk had never read another novel, she was fully schooled in the literary traditions of her own territory. The result is a long work of prose fiction restrained in its exploration of the characters' psyches; the reader must instead work to interpret their actions and dialogue, much as one might in listening to a traditional story. Sanaaq, meanwhile, is only one protagonist among many (indeed, the book's original Inuktitut title – Sanaakkut Piusiviningita Unikkausinnguangat – makes apparent its focus on Sanaaq's family). And in a manner that may baffle contemporary aesthetes, the book seems determined to retain its original usefulness, instructing not only southerners but also younger Inuit in the details of life as it used to be – and also in Inuktitut vocabulary. This version happily retains a strong use of Inuktitut terminology, requiring southern readers to either puzzle out the meaning from surrounding details or to flip to the glossary.

It may be understandable, then, that southerners exhibit a tendency to read Sanaaq (in French and now English) primarily for its ethnographic qualities – that is, for its ability to provide authentic access to the realities of Inuit life. Yet at certain moments, the novel also seems to resist this kind of transparency, as it makes use of both language and plot twists that may baffle its new English-speaking audience. For instance, the ease with which Sanaaq's cousin Aqiarulaaq is able to persuade her relative Ningiukuluk to give up her middle daughter may surprise readers unfamiliar with Inuit adoption practices, while the episode in which the young Maatiusi – heartbroken after his fiancée conceives a child by the chief factor at the trading post – becomes dangerously entangled with a nuliarsaq, or invisible wife, might also leave southern readers scratching their heads. Yet rather than attempting to draw large (and largely inaccurate) conclusions about Inuit culture, southern readers might instead try to enjoy this humbling state of non-understanding. After all, Sanaaq belongs to a literary tradition, both ancient and adaptive, that is very different from those that shape most high-school curricula in the south.

As the Inuk author Rachel A. Qitsualik explains of one of her contemporary short stories: "Some of the characters in this tale are bound to be doing and believing things that are puzzling to non-Inuit readers. Good. We live in a time when critical thinking is not 'hip,' when we demand a thorough explanation of everything presented to us, preferably in an easy-to-read, brochure form. While this facilitates speed, it is also the cognitive equivalent of living on marshmallows…. [M]y feeling is that if the reader wants to understand a people, he or she has to live with those people for a while. And a story is the ultimate magic by which this may occur."

The Nunavik writer Zebedee Nungak has argued, furthermore, that despite the existence of extensive oral traditions and of numerous Inuit-authored manuscripts, "Inuit writing has yet to make its presence noticeable in the world of mainstream literature…. Inuit writers should start agitating just enough to force this deficiency to be given serious attention."

Of course, mainstream readers might also enjoy the challenge of developing their literary palates by engaging with texts that don't necessarily comply with their expectations. Fortunately, this new translation of Sanaaq – with its sharp humour, striking insights and challenging twists and turns – provides just that opportunity.

Keavy Martin, a professor of Indigenous literatures at the University of Alberta, is the author of Stories in a New Skin: Approaches to Inuit Literature. 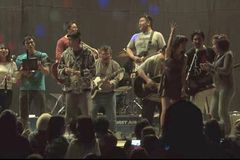 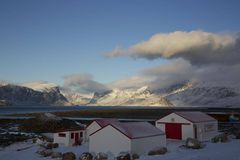 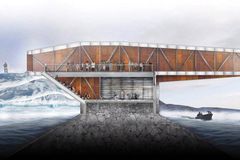 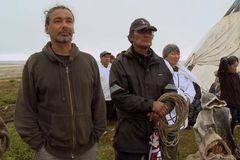