John Ralston Saul is a mighty thinker and a goddamn national treasure (imagine me saying that with a cigar between my teeth and a scotch in my fist). But if a national treasure pontificates, and the defensive public won't listen, has he still made a sound?

This is what I wondered as I read and re-read The Comeback. Saul is a philosopher, and philosophers don't necessarily have to convince readers of their unequivocal rightness. They cast lucid pearls before us, everyone from the intelligentsia to the swine in the online comments section. But how effective is a treatise that, while written in the language of the people, held to a scant 200 pages and delivered in digestible chapters, doesn't sufficiently take the paralytic mindset of these people into account? Including people like me, a 37-year-old Métis woman who just paddled 500-kilometres through the Peel River watershed to raise awareness for the Trondëk Hwëch'in and Na-cho Nyak Dun's court case against the Yukon government's land use plan. You could say I was primed for this book. Yet I'm still wondering exactly who The Comeback is going to speak to. Or rather, who is ready to listen.

"If you focus on our governments you may become depressed about what is happening."

This could have been the opening sentence of The Comeback instead of hidden away on page 164, since the truth of that statement has fuelled a generation of avoidance and apathy. Or perhaps: If you focus on the behaviour of our government (and you're not Aboriginal) you may feel guilty about how Canada was built.

My words, not Saul's. But he recognizes that our collective guilt about our colonial past and neo-colonial present is interfering with Canadians' ability to see the future. We will not realize our Canadian identity until we establish an authentic national narrative. This narrative is built on the role of Aboriginal people, not the false, Eurocentric models of biological superiority defined by crap "science" like social Darwinism and Manifest Destiny. Furthermore, in order to re-write our narrative (and many readers aren't going to like this) we must hand over Aboriginal people's rightful share of the money and the power.

But we won't reach these solutions, not so long as the Canadian government maintains a paternalistic attitude towards Aboriginal people: avoiding justice by stalling treaty negotiations, the department of Indian Affairs running things like a "Victorian-Era poorhouse."

"An ethos based on charity and punishment, not justice."

The Comeback gives us a look at the history of Canadian treaties. We see how Aboriginal rights have been chipped away in court rulings, and sometimes removed en masse in destructive and dishonest omnibus bills. Recent bills C-38 and C-45 included amendments to 64 laws, altering the Fisheries Act to serve commercial concerns and removing environmental protection of rivers and lakes. We're shown how these grave injustices did spur four women into action, the founders of the Idle No More Movement: Nina Wilson, Sylvia McAdam, Jessica Gordon, and Sheelah McLean, who in turn inspired thousands of Aboriginal youth to take to the streets and make their voices heard. Change is coming, Saul warns. History is upon us, so where will we fit in the narrative?

In the introduction to her environmental treatise This Changes Everything, journalist Naomi Klein takes great care to lower the reader's guard by placing herself among those who have been guilty of climate-change denial. But The Comeback's tone seems downright smug at times. Oh sure, Saul counts himself among us. "We are all treaty people," he says. And he's right. But the simplified and prescriptive later chapters of the book – his "simple" and "easy" solutions to restoring Aboriginal wealth and power – risk alienating readers. Is it possible to see any kind of positive governmental change as easily attained, no matter how many times a mighty thinker tells us so? Saul's recounting of history is poignant, and his optimism for the future is admirable, but it is the Other People's Words section of The Comeback that really makes the book great.

The last 90 pages of The Comeback are cherry picked from a wealth of writing, from King George III to Wab Kinew. We are schooled on the banning of the potlatch ceremony, the holistic and cyclical Aboriginal view of time, and the importance of origin stories. Talk about the language of the people! As I absorbed the words of E. Richard Atleo and Jean Teillet, I felt the strength and optimism that only comes from shutting up my opinion hole and listening. And what does cynicism give us? Fuel for apathy. This is why, regardless of your response to The Comeback, you have to read it. Don't be an uninformed critic. Arm yourself, Canada.

Carleigh Baker is a Métis writer who lives in Vancouver.

John Ralston Saul calls for all Canadians to be idle no more
October 31, 2014 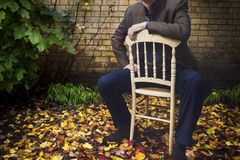 The Winter We Danced reveals the full depth and breadth of Idle No More
June 27, 2014 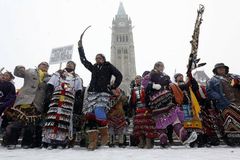 Censorship in the digital age: ‘Words are more powerful than ever’
April 24, 2013