Books about social science do like their Gladwellian turns of phrase. In Smarter Than You Think, Clive Thompson's new book about how the Internet really isn't that bad for us, we find terms like "centaurs," for humans who augment themselves with computers, "tumelling," for the evolving art of moderating online forums, and "multiples," for people who are catalyzed to invent things at the same time.

There's "ambient awareness," an exceedingly useful term for the way social networks provide a general sense of what peers are up to, which Thompson has previously written about for The New York Times Magazine, where he is a contributing editor. And, perhaps most intriguingly, "pluralistic ignorance" for the situation in which individuals have a mistaken impression of where social norms are, so everybody ends up trying to fit in by doing things nobody really enjoys.

An astute observer of culture and technology, Thompson has plenty of terms to share. In Smarter Than You Think, a smart yet scattered book, he champions the idea that the Internet is not, in fact, turning us into a society of facile thinkers. Even as the Internet alters old literacies, it creates new ones. And rather than a society of people enslaved by computer screens, he sees a world where people become solvers of puzzles, fluent manipulators of data, people who use Internet connectivity to break down barriers.

Exactly how radical a proposition this is depends on where you sit. To me, it seems perfectly reasonable, and maybe even a bit modest. If, on the other hand, your dinner hours are spent bemoaning technology, and possibly the presence of neighbourhood kids on your lawn, this may be more of an eye-opening proposition.

The book is full of interesting nuggets, though readers familiar with the subject will need to cover some well-trodden turf to get there. At his best, Thompson paints a picture of the way that Internet technology is affecting literacy, memory and learning on a grand scale. Take the question of whether text-addled youth are as literate as their desk-schooled forbears were. Smarter Than You Think argues, compellingly, that the rise of social networks and text messages have actually led to a society that is more invested in writing than ever before.

"Writing more garbage!" you say. But Thompson observes that writing is an activity that promotes cognitive skills that other mediums don't. As Bacon put it, "reading maketh a full man, conference a ready man, and writing an exact man." Sure enough, studies show that Internet-bred youth are writing more analytically, not less, than their forbears.

In the same vein, Thompson attacks the fear that having a world of information at our fingertips will ruin the art of remembering. He reminds us that this particular argument dates back to the Greeks, who worried that simply writing things down rotted the faculties. Thompson suggests that the real trick is in cuing up memories – indexing our minds, as it were, or remembering to remember – and that this is where computers will help us.

But as intriguing as its constituent parts can be, does it add up to a cohesive argument? I'm not so sure. When Thompson zeros in on an idea, he can tease it apart with a great deal of nuance. Unfortunately, this book belongs to a frustrating genre that doesn't lend itself to zeroing in.

Smarter Than You Think arrives in the tradition of popular books like Clay Shirky's Here Comes Everybody – an upbeat tome about the potential of crowds – and Nicholas Carr's gloomier The Shallows, which argues that the Internet is eroding our attention spans and destroying contemplative thought. (I know a number of people who bought that one, only to prove too distracted to ever read it.)

Ironically enough, these books, and many others, are written to a popular social-science template that doesn't really promote contemplative thought, either. It goes something like this: First, come up with a vaguely contrarian premise, and put it on the cover. (The Internet is ruining everything. The Internet is saving everything? The Internet is making everyone lonely. The future will enmesh us in an economy that's somehow based on wikis. Everything you know about cheese is wrong!)

In each successive chapter, start with a breezy personal anecdote, before moving on to a brief historical explication, then some torn-from-the-news case studies. Catalogue anecdotal evidence and introduce catchy social-science terms along the way. Then, round it all out with so many three-paragraph summaries of experiments conducted by grad students that the reader is hard-pressed to remember any of them.

The format is easier to market than it is to read. It strives so hard to be light and approachable, but in the end it makes the reader work harder than they should to get at the book's valuable lessons. Smarter Than You Think, for instance, dilutes Thompson's keen insight with examples of online-smartening that are either self-evident, or are not entirely convincing. (Here we find pages spent on earnest tributes to Quora, an explication of the value of word clouds, and an oddly uncritical ode to comments on newspaper articles, which I think we can agree have yielded, at best, a mixed verdict on the Internet, and on humanity.)

So, too, do the obligatory ripped-from-the-news segments lead to trouble. Thompson writes cogently about how online co-ordination can better the world, citing the way Twitter helped to organize supplies in Tahrir Square and drum up demand for the prosecution of George Zimmerman. These are valid points. The author even goes to pains to disavow the idea that technology provides any easy fixes for the bigger problems at play.

All the same, we know how these stories ended. Egypt promptly descended into repressive bloodshed, and Trayvon Martin got no justice whatsoever. This is the conundrum of anecdotal books about changing societies: How many of these case studies will amount to anything? How do we know which ones represent a sea change in the way populations behave, and which ones are simply isolated – and ultimately unrepresentative – examples of people doing neat stuff, doomed to be ignored as the world around them continues its course?

Writing about society means making guesses and assumptions about what's really going on at ground level, about what people are actually thinking and doing. Readers yearn for authors to help sort out hype from evidence. When Thompson tackles these questions head-on, he's as clear-eyed a guide as you could hope to have.

But pop-social-science books that take a premise and throw the kitchen sink at it don't deliver a clear argument. This is a format I suspect is driven as much by the habits and demands of the publishing industry as the voice of the author. Thompson is right: The Internet is making us smarter. Books about it, possibly less so.

Ivor Tossell writes about politics, business and digital culture, and is a frequent contributor to The Globe and Mail.

Book Review
How to make cyberspace safe for human habitation
May 17, 2013 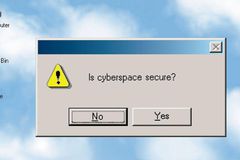 Book Review
Why things don’t go viral on the Internet by accident
March 15, 2013 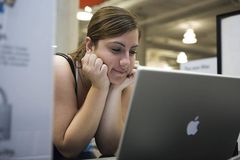 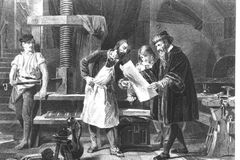