The Second World War saw hundreds of millions serve in uniform, and almost all were prewar civilians. The process of remaking these young men into warriors took months for the Western allies (Britain, United States, Canada and other nations), as civilians were instructed in basic army procedures, trained in using multiple weapons, exposed to propaganda demonizing the enemy, and inculcated in the ways of new military structures and groups. The hierarchical nature of armed forces was supported by military discipline, and it required that those who served accept without question the authority of superiors.

Charles Glass, an ABC news foreign correspondent and author of half a dozen books, explores the little-known history of desertion during the Second World War. The Deserters probes the dark underbelly of the Allied war effort, eschewing the nostalgia surrounding what many have called the Good War. This is not a history of Hitler or Churchill, or even war policy, but of ordinary Americans and British soldiers coming to grips with the stress and strain of front-line service, and sometimes breaking in the face of unending fear, death and deprivation. By war's end, about 150,000 Americans and British soldiers were known to have deserted from their units.

Focusing on three soldiers, although weaving the experiences of dozens of additional fighting men through these narratives, Glass writes with a novelist's eye about the experience of battle and the choices soldiers make in either fighting or fleeing from harm. Officers and non-commissioned officers must continually motivate and inspire their soldiers, offer rewards and, when necessary, threaten and punish those who fail in their duties. For soldiers who consider running away from battle, which is often the logical decision for self-preservation, the punishment must be even more severe than the threat of death or maiming at the front.

For those deserters who escaped capture, they lived on the run. Glass is at his best describing the chaos within the rearward lines of communication in Italy or northwest Europe, where hundreds of thousands of soldiers mingled freely with civilians. It was here some deserters banded together into gangs and looted army supply dumps, robbed civilians and plundered what they could to survive. In Italy, the Mafia got into the mix and there were fierce underworld battles. In Paris and London, gangs of deserters, armed to the teeth, fought with military police conducting massive dragnet operations.

While some soldiers escaped the front after struggling with fear or becoming disillusioned with their leaders, other soldiers fled after breaking down from the unnatural strain of combat. Ernie Pyle, a battle-front correspondent, wrote of the soldiers he witnessed, "The mystery to me is that anybody at all, no matter how strong, can keep his spirit from breaking down in battle." Canadian historian Terry Copp has documented that a quarter of the Canadian casualties in Normandy over the summer of 1944 were a result of battle exhaustion, a mixture of sleep deprivation and psychological breakdown. Some of these broken men slipped away and joined the ranks of deserters.

While Glass writes that few deserters were "cowards," he does not devote much space in assessing the impact of desertion on those soldiers left behind who now confronted the enemy with one fewer rifle. What did these soldiers think of the comrades who abandoned them and endangered their own lines? To look at the act of desertion from another angle, what are the implications of sentencing volunteers to suffer cruel punishment? Shouldn't the generals commanding the armies composed of citizen-soldiers from democratic nations fighting against tyranny allow soldiers to opt out of fighting; and if not, why not? While Glass offers a series of powerful stories related to the inhumanity of war and some of the ways that soldiers pushed backagainst the system, he provides fewer insights into the deeper meanings and implications of desertion. When we better understand why soldiers refuse to fight, we will have caught another glimpse into the complex face of battle.

Editor's note: An earlier version of this book review incorrectly said American, British and Canadian armies had abolished the death penalty by the Second World War. In fact, the death penalty was infrequently used by the Allies.

Dave Robicheaux chases evil, and other new crime fiction worth a look
August 2, 2013 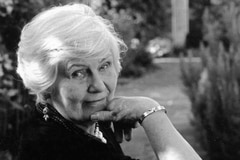 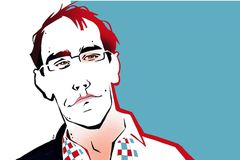